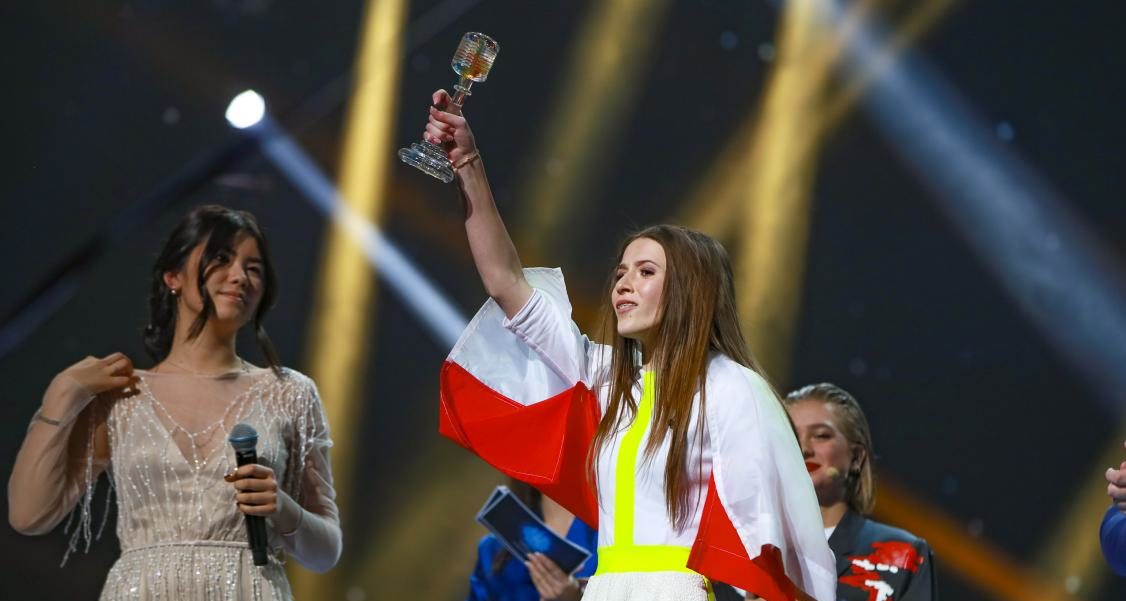 TVP has revealed they are ready to embrace the show in 2019!

Poland has just won the Junior Eurovision Song Contest 2018 thanks to the stunning performance of Roksana Węgiel and her song “Anyone I Want To Be“. Now, it is time to speculate where the contest will travel next year.

Unlike the adult Eurovision, the contest does not necessarily travel to the nation who wins. In this case, Poland has not become the next host of the show yet, but has much to offer whether an imminent proposal from the EBU happens.

General Director of Polish broadcast TVP, Jacek Kurski has revealed to Polish tabloid “Wirtualnemedia” that TVP is open to submit an application in order to host next year’s show in the country after Roksana’s win and they will do it as soon as they have a venue and city to offer.

Regarding this issue, Kurski also added that Warsaw is unlikely to be the host city that TVP has actually in mind due to the lack of a suitable venue to host the event: “Despite compulsorily not having to hold the event as if winning the big Eurovision Song Contest, TVP is anyway ready to take the contest to Poland. We will accurately take a look at the location before approaching the EBU, but for now we can just say that Warsaw’s lack on a venue that can host these kind of large-scale music events leads us to focus on which city around Poland can do it best. Torwar Hall in Warsaw does not provide high-level standards on what acoustic requirements concerns”.

Jacek also highlights how replacing TVP’s selection method for Minsk has helped on their way to the victory, something which he seems to be responsible of when a few months ago he decided to drop off the Polish national final and pick Roksana internally due to her hard work and exposure during “The Voice Kids” in Poland, where she was the winner, mentored by Eurovision singer Edyta Gorniak.

Back on Friday, Executive Supervisor of the Eurovision Song Contest events Jon Ola Sand revealed during a press conference in Minsk that a lot of proposals to host Junior Eurovision 2019 were already in EBU’s hands but the winner in Minsk would be offered first to do it.

Would you like Poland to host Junior Eurovision next year? Where would you like to be? Stay tuned for updates on JESC 2019 location and dates!