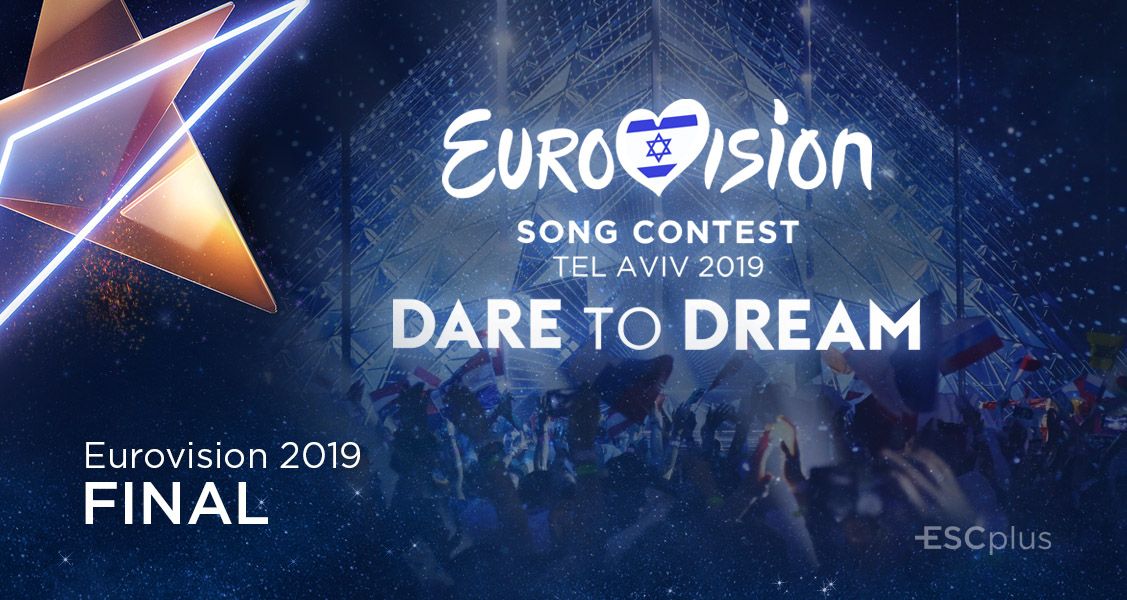 The Grand Final of the Eurovision Song Contest 2019 will take place today live from Tel Aviv, Israel. Twenty-six countries will compete at today’s show willing to get the Crystal Microphone and enter the ESC Hall of Fame.

The 26 finalists of the Eurovision Song Contest 2019 are:

How will the winner be chosen?

Viewers from all the countries taking part in Eurovision 2019 are invited to vote via the official app, telephone and/or SMS. The voting window will open after the last song has been performed and will close around 15 minutes later. Televoters will determine 50% of the outcome while the professional juries will decide the other half of the overall results after watching the performances of yesterday’s Jury Final show.

The Grand Final of Eurovision 2019 will be hosted by Bar Refaeli, Erez Tal, Assi Azar and Lucy Ayoub, live from Expo Tel Aviv.

Some special guests will make the show even more entertaining. The Eurovision 2019 Grand Final will be opened by the last year’s winner Netta, who will perform along with another Israeli winner Dana International. As in previous editions, all the performers will go into the venue with the already traditional flag parade, which has been part of the show since 2013.

During the interval act we’ll see a performance by four Eurovision stars singing each others’ hits:

Then, all four artists will be joined by Gali Atari to sing her Eurovision 1979 winning song, ‘Hallelujah’.

The icing on the cake will be put by American pop star Madonna performing 1989 classic ‘Like A Prayer’ and a new single ‘Future’, which she will sing together with the also American rapper Quavo. A 35 string choir will be accompanying Madonna on ‘Like A Prayer’. This year marks the 30th anniversary of the landmark album of the same name. As far as her new song goes, the performance of ‘Future’ is in anticipation of her next album entitled ‘Madame X’ which won’t be released until June 14.

Right before the voting time, Netta will step on stage again to perform her latest single ‘Nana Banana’.

You can watch the Grand Final of the Eurovision Song Contest 2019 at 21.00 CET on our Multi-Window Live Feed.

How much are you looking forward to the Grand Final? Meanwhile, don’t forget to vote in our poll and comment your predictions for tonight!