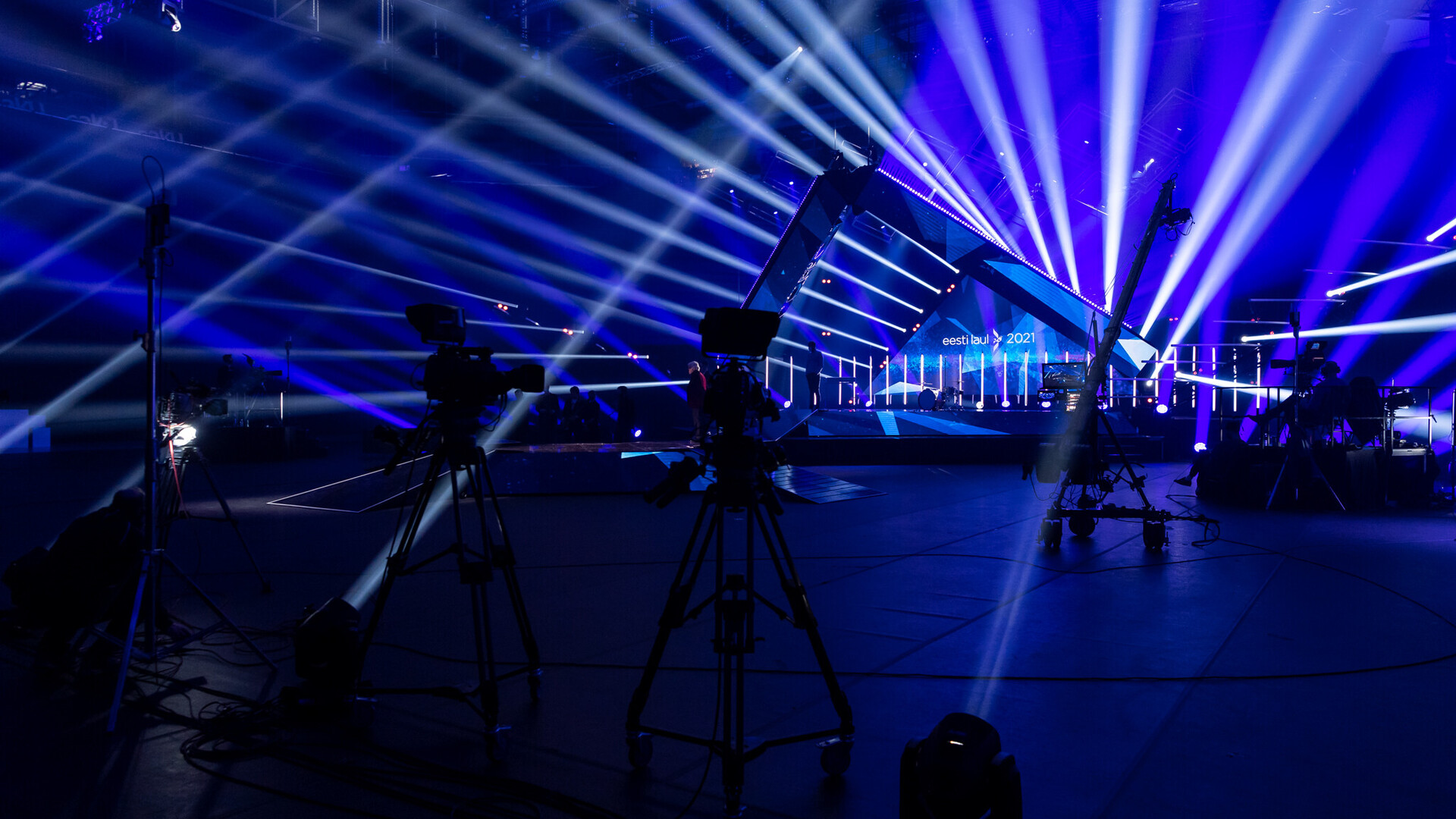 Will Uku Suviste follow in his own footsteps and get the victory for the second year in-a-row?

Whilst they are all trying to get used to the evident lack of audience at this year’s different extravaganza, the producers in Tallinn are way too busy gearing up for the Grand Final of Eesti Laul 2021 in Estonia. The annual event will seek its 2021 winner tonight, thus the audience at home will then learn who will have the honour to fly the country’s flag at this year’s Eurovision Song Contest in Rotterdam.

After two exciting semifinals, where two amazing shows were all again set up, introduced by TV personalities Grete Kuld and Tonis Niinemets, Estonia is ready for another exciting and promising night. Full of light and LED screens in combination with a wide variety of acts, the jury and the audience were in charge of picking this year’s final line-up, which will still delight the taste of the Eurovision fans who missed out witnessing Uku Suviste on the Eurovision stage in 2020.

Let’s use these lines to highlight the amazing job Kuld has done during her debut at hosting this competition beside Niinemets, who already shared this task with popular singer Karl-Erik Taukar last year. Their on-stage chemistry in front of the cameras and how fluent they led the script, even with no audience at all inside the hall, explains another corner of this contest’s yearly success, which had great viewing figures during the semifinals. Over 190.000 viewers, representing a market share of over 16%, watched the shows. This number is anyhow expected to increase during tonight’s broadcast.

As rehearsals happened in full swing during the past few days, the running order for tonight’s competition was already announced last Monday, February 22nd, and given the dynamism and proper rhythm which should be given to the show-running, the producers were in charge of allocating all the entries behind-closed-doors. It looks as follows:

It speaks by itself, as some may result very personal and intimate, such as Kadri Voorand; others are said to be as crazy as to showcase the uniqueness which Eesti Laul shows up every year. Of course, we are talking about acts such as Redel, who thanked the audience support on their way up to the final round of this year’s contest.

On the other hand, we will be attending to the second consecutive shot of Egert Milder, as well as the returns of Ivo Linna, Karl Killing, Sissi or Andrei Zevakin. In the meantime, some former Eurovision acts will also take the stage: Jüri Pootsmann (2016) and Kooit Tome (2017). Both are among tonight’s betting odds and polls favourites.

No need to mention that 2020 winner Uku Suviste, who is yet to step onto the ESC stage, will also be taking part and fighting for that desired spot in the Second Semifinal of Europe’s favourite TV show in May. He is peaking up the top of the predictions ahead of the gala. The question is: does he still deserve the victory after his rendition of ‘The Lucky One’ in the semifinals?

Some new faces will also be presented to the audience during the interval act. In addition to the 12 awaited performances, two different numbers will also be singing their heart out: Eesti Laul alums Liis Lemsalu and STEFAN, performing their latest collaboration, ‘Doomino’; and Mr Lawrence with Pitsa & Goresoerd. Their performances will be pre-recorded due to the COVID-19 possible threat, which will clearly reduce any risk.

Be that as it may, all 12 acts have given their impressions on “Ringvaade“, the popular talk-show which every year features Eesti Laul competitors before and after the shows to let them have a say on what’s been done. It has not been different this year, but the fact they all got to rank all 12 entries in the final. Pootsmann bets Uku will get the trophy, although Uku himself has set his eyes on Koit Toome’s touching ballad to be representing Estonia in May. In the end, and after gathering all 12 contestants opinions, it was also revealed Jüri Pootsmann is seen as the obvious winner of the show.

The mentioned TV show also counted on Estonian Head of Delegation, Tomi Rahula, to share his views on the show so far. Rahula admitted facing the risk of the virus was something not easy to deal with during the two pre-qualifying rounds since the crew had to warn all the artists and their respective teams about the restrictions and protocols which were imposed to prevent from facing any COVID-19 cases. Things turned different in the so-called Green Room when the audience tuned into the show during the Second Semifinal. Moreover, no music videos were eventually used to replace any of the contestants, as they all kept safe and sound.

Unfortunately, and as it also happened in Sweden in the previous days ahead of Andra Chansen, ERR diagnosed two different cases on Friday morning. Not only them but the people who had been close to them were sent to isolation, being stopped from entering Eurovision 2002 venue, Saku Suurhall, where the show will also take place. Rahula also confirmed neither of them is crew members or competing artists themselves.

WHERE TO WATCH AND HOW TO VOTE?

Live from Tallinn’s Saku Suurhall, the Eesti Laul 2021 Grand Final will start at 18:30 (CET) and will run for a bit longer than two hours. There will still be some programming space in between for the usual evening TV news bulletin, though. In any case, we encourage you to watch the show on our multi-window livestreaming platform!

Two different rounds are expected to be used to select the winner, where the combination of the votes of an international panel and the public televote will determine the three acts which will make it through to the next round. In the superfinal, these qualified acts will battle out for the ticket to Rotterdam, where the winner will be entirely decided by the audience.

As of Melodifestivalen or Melodi Grand Prix with their respective own and official apps to cast a vote, Eesti Laul will remain traditional and will open the phone and sms’ lines in order to have a say on the winner. Nevertheless, you do still have something to say on our official ESCplus poll: Estonia needs you!