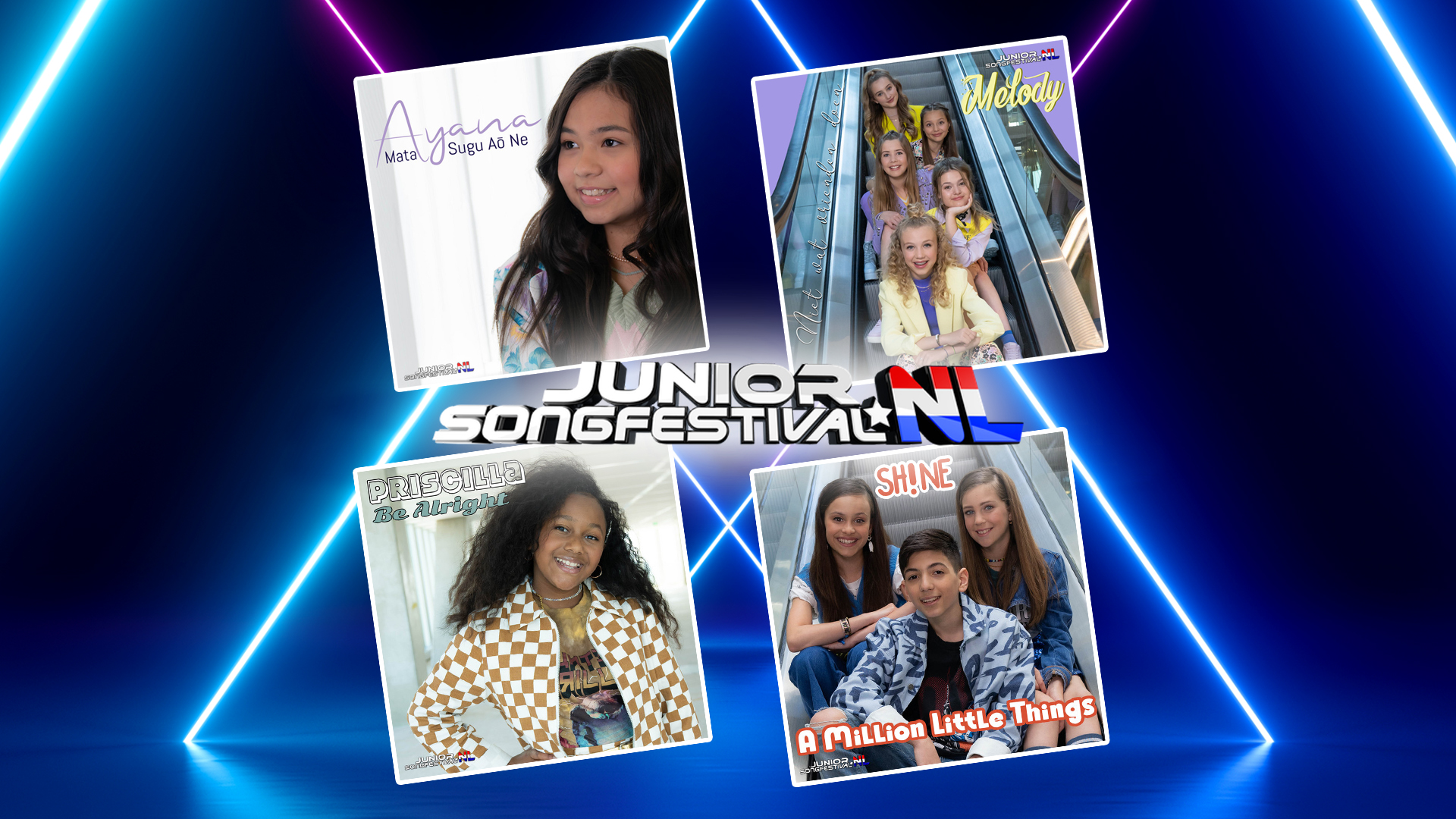 AVROTROS has revealed the last of the four songs that will participate in the Junior Songfestival 2021, the national final that will choose the next representative of the Netherlands in Junior Eurovision Song Contest this year.

Like in previous editions, the Dutch broadcaster AVROTROS opened submissions for their national selection right after the Junior Eurovision Song Contest. The process is made up of two main stages, an open casting to select the best performers and the creation of the entries that will be performed in the final, which is already in full swing.

Ten young singers reached the final stage of Junior Songfestival 2021 and have been allocated into four different acts. This year we will see a trio, a group and two soloists compete for the ticket to Paris. You can listen to the four songs that will compete next September in the contest by clicking on each of the titles

As in previous editions, the finalists will work on their final entry for the coming months. They will deliver a song with a staging at the live show, where they will compete to win Junior Songfestival 2021 and go on to represent The Netherlands in France.

Since the start of this selection format in 2016, The Netherlands has achieved good results at Junior Eurovision except for 2018, including three fourth places. Last year, the girlband UNITY finished 4th with the song ‘Best Friends’.

At a joint press conference held last May in Rotterdam, the European Broadcasting Union and France Televisions announced that Junior Eurovision 2021 will be held at La Seine Musicale in Paris on December 19, 2021

This year’s edition is planned to be held with a certain normality, since it is expected that a large number of the population will be vaccinated at the end of the year. That is the reason why, if the health situation allows it, all countries will be able to travel to Paris, where we will see a contest more similar to the pre-pandemic ones.

In the last edition, only 12 countries took part in the competition. Even so, the organizers of the 2021 contest are looking forward to the increase of the participating countries due to the health and economic improvements of many of them.