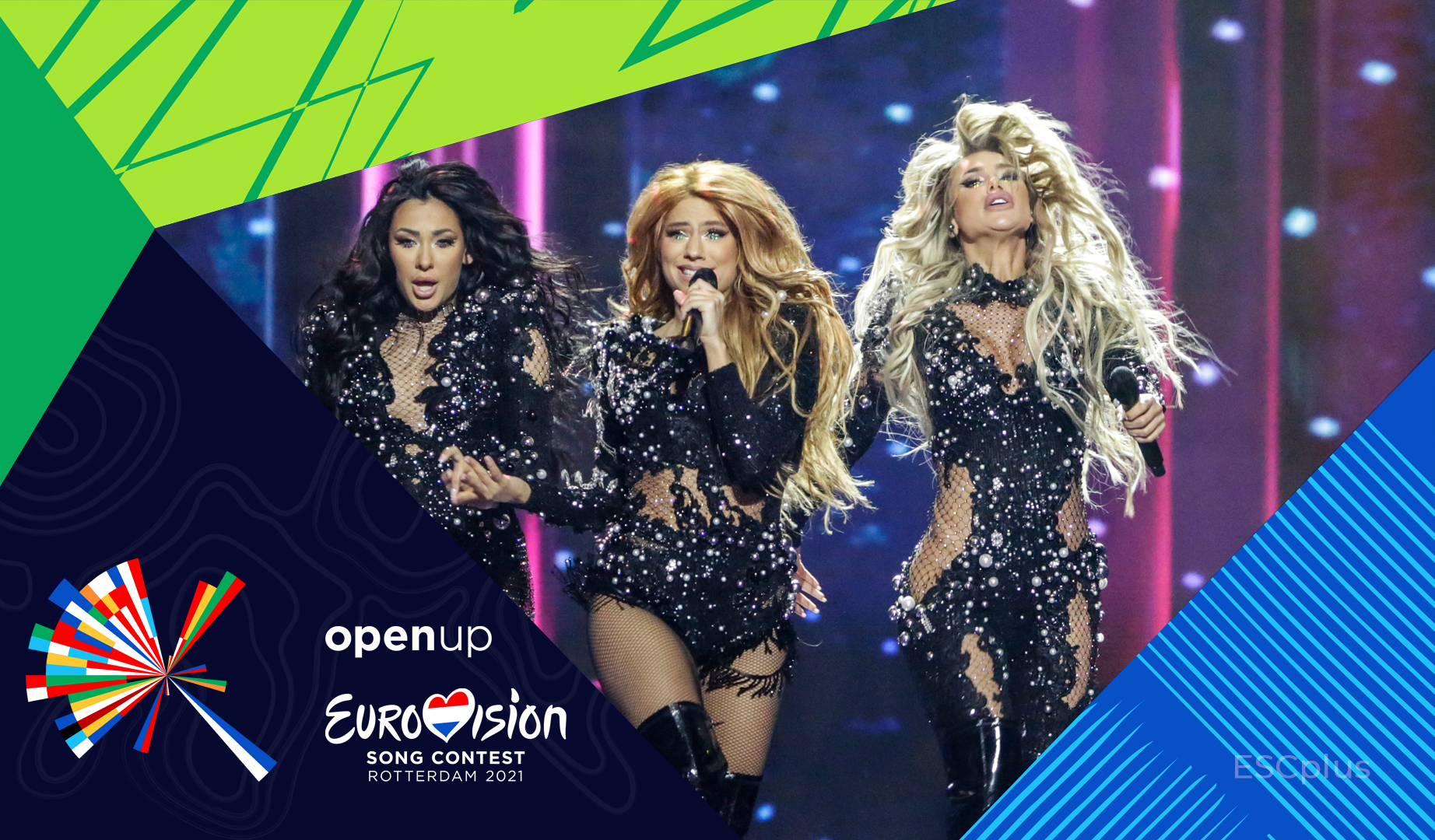 A few moments ago, the EBU published visual content about the second rehearsals of the Serbian delegation on the stage of Eurovision Song Contest 2021.

Here you can see a fragment of the second Serbian rehearsal:

As with most tropical cyclones, Hurricane were formed in the Caribbean (specifically on the island of Saint Martin), where members Sanja Vučić, Ivana Nikolić and Ksenija Knežević met in 2017.

Sanja Vučić was born on 8 August, 1993, in Kruševac, Serbia. She finished secondary music school in Kruševac in the Department of Solo Singing. She also speaks Spanish, Portuguese and Italian, and holds 2 certificates from the British Council for English language proficiency. At the Eurovision Song Contest 2016, she represented Serbia with the song Goodbye, where she came 18th in the Grand Final.

Ivana Nikolić was born on 16 April, 1995, in Niš, Serbia. At the age of 14, she joined a dance school called Boom 018 in Niš, where she continued to dance for the next 6 years. During her dance education, she participated in national and European competitions where she won numerous awards, becoming a multiple-time dance champion.

Ksenija Knežević was born on 24 January, 1996, in Belgrade, Serbia. She finished Dr Vojislav Vučković Music School as part of the Piano Department. She has participated in numerous festivals, such as Niški susreti, Čarolija and Beovizija. In 2015, she started singing as a backing vocalist at festivals and concerts. One of them was her father, Knez and his song Adio, which is the most successful entry for Montenegro so far.