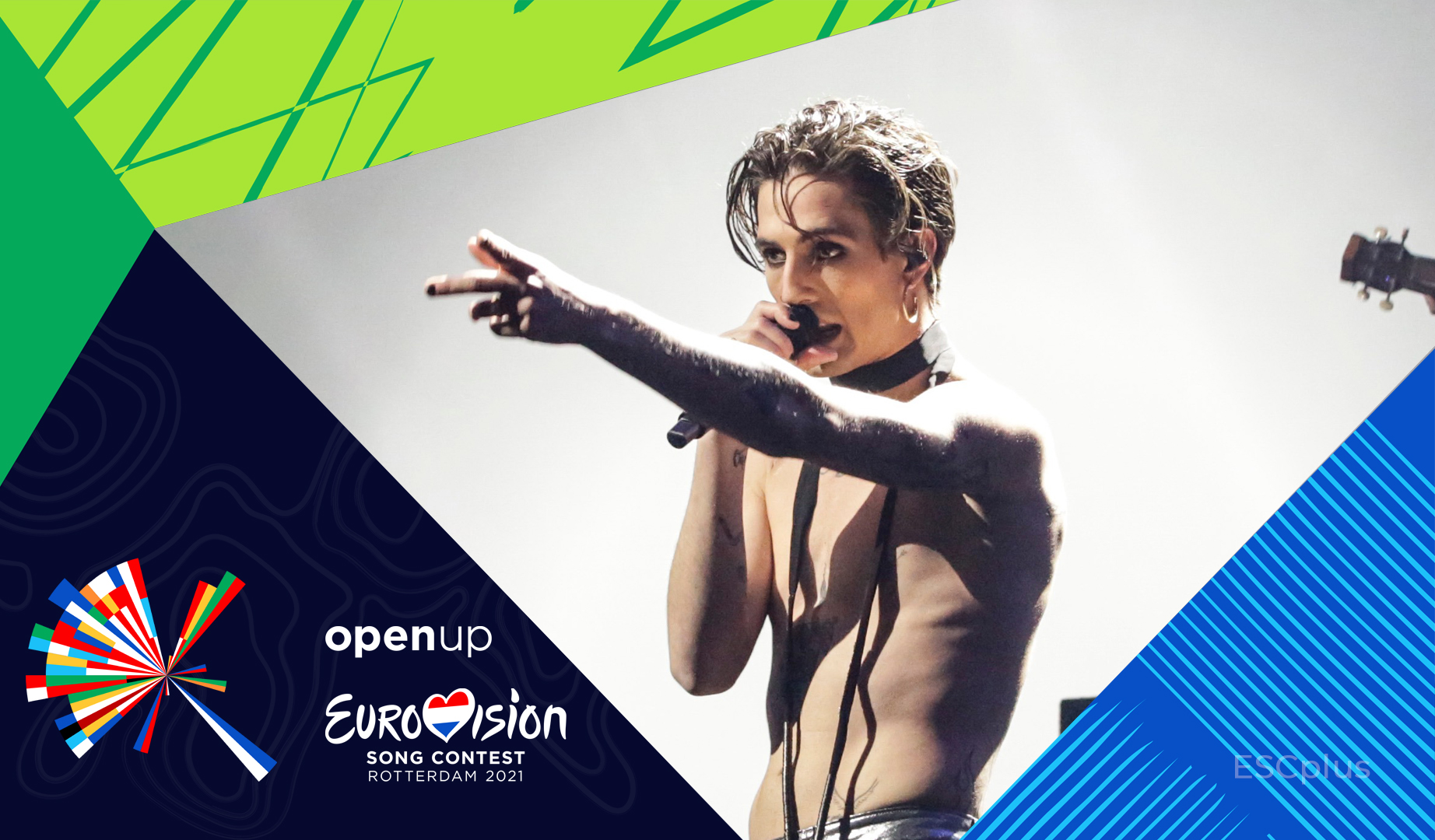 A few moments ago, the EBU published visual content about the first rehearsals of the Italian delegation on the stage of Eurovision Song Contest 2021.

Here you can see a fragment of the first Italian rehearsal:

Måneskin is an Italian rock band from Rome, consisting of lead vocalist Damiano David, bassist Victoria De Angelis, guitarist Thomas Raggi, and drummer Ethan Torchio. The band rose to fame after ending up second in the eleventh season of the Italian talent show X Factor in 2017.

The members have known each other since middle school but didn’t establish the band until 2015, when they brought together their musical influences, from rock and rap, to reggae, funk and pop. They took their band name from the Danish word for ‘moonlight’, as a tribute to their bassist Victoria’s home country.

In 2018 the band released singles Morirò da Re and Torna a casa ahead of their first chart-topping studio album Il ballo della vita. Their success continued the following year, selling out 66 gigs and shifting an impressive 140,000 tickets for shows in Italy and across Europe.