SVT keeps busy preparing what is going to be the next edition of their yearly music extravaganza: Melodifestivalen. The broadcaster has just revealed the 28 hopefuls that will compete in February, during a press conference which took place at SVT headquarters in Stockholm. All 28 acts will fight for a spot in the grand final and hopefully getting the right to represent Sweden in Eurovision. No big changes regarding the show format are expected for next year’s edition.

Melfest 2019 hosts are Marika Carlsson, Eric Saade, Kodjo Akolor and Sarah Dawn Finer. Saade and Dawn Finer are already familiar faces in the business as Eric represented Sweden in Eurovision 2011 and Sarah, not only took part in Melfest twice in the past but hosted the competition multiple times as well as her Lynda Woodruff role.

The 28 acts have already been allocated to a semi final, however the running order for each semi final will be revealed nearer to the actual shows. Here they are: 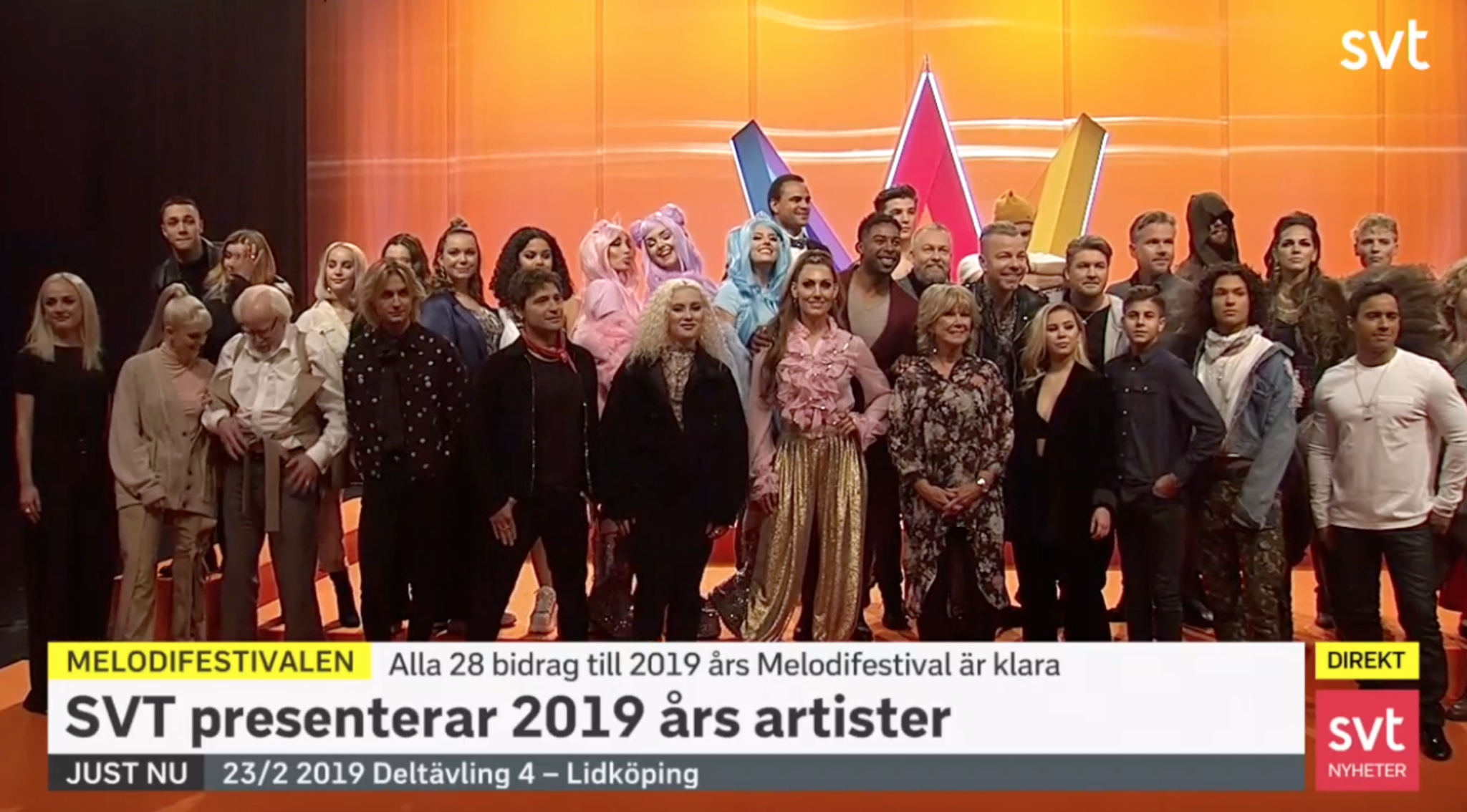 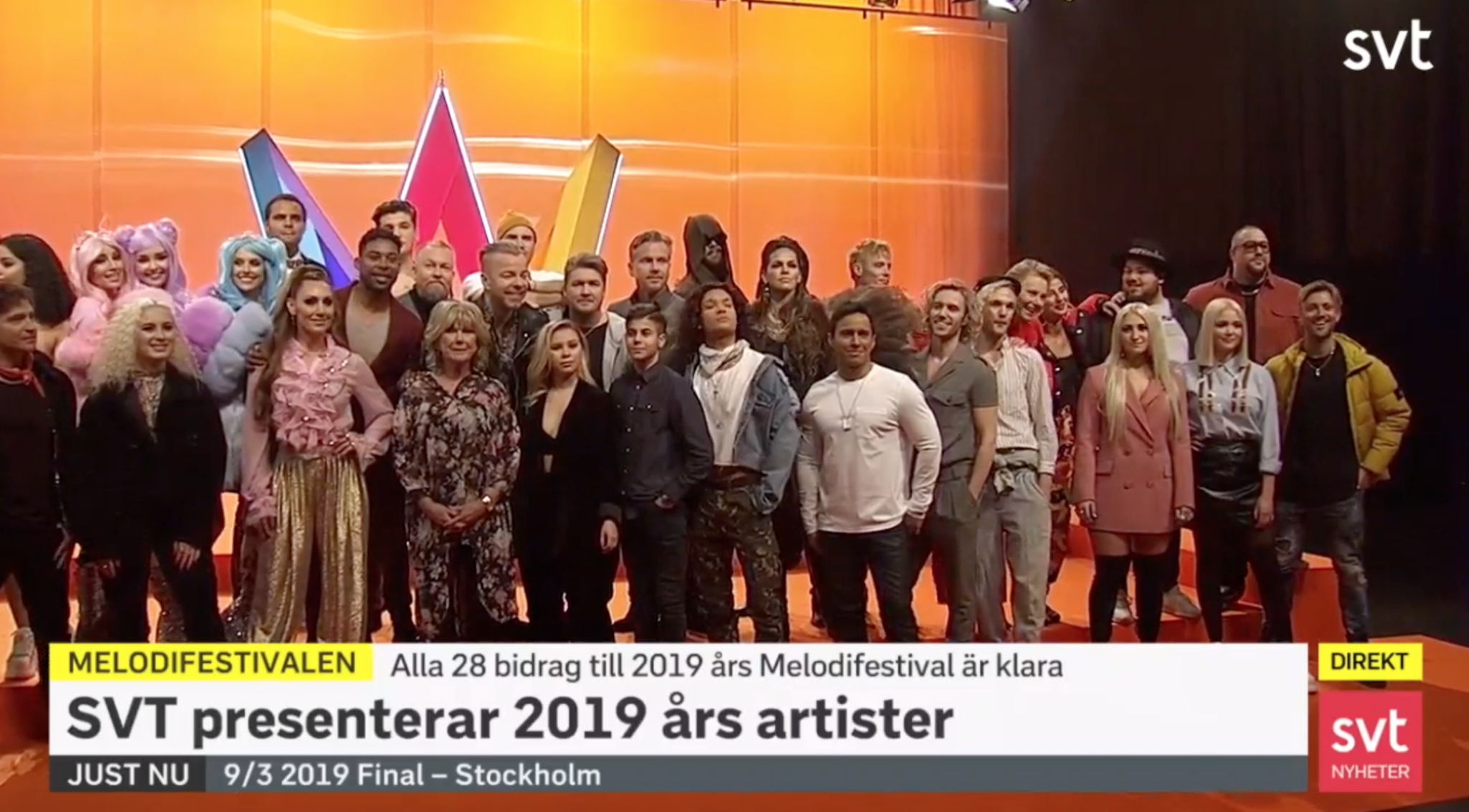 After all 4 heats, then the so-called Second Chance round will take place on March 2rd in Nyköping where 4 more acts will get a ticket for the grand final on March 9th in Stockholm.

You can re-watch the presentation show on demand by clicking HERE. Read more on the singers’ biographies and their competing entries on SVT’s website.

For the past four years, Sweden have sent solo male artists to Eurovision.  We have to go back all the way to 2014 when Sanna Nielsen was sent to Copenhagen to perform “Undo”. Will things get shaken up a bit and be a little bit different this time?

Stay tuned and we will bring you more updates on the show shortly!