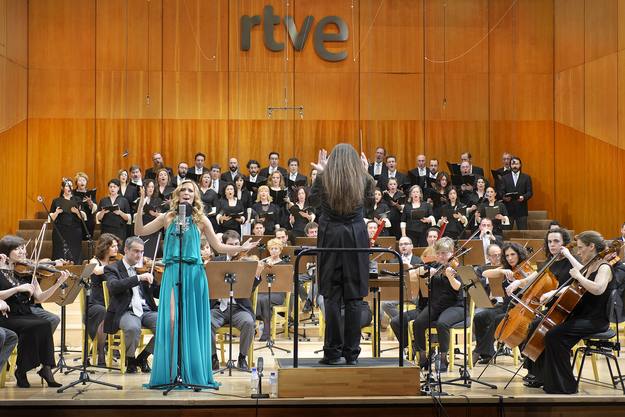 RTVE reports – Edurne, the Spanish entrant at this year’s Eurovision Song Contest has just recorded a symphonic version for her song Amanecer, today.

Whilst all Eurovision fans are looking forward to the premiere of the videoclip coming out on Monday, the Spanish singer attended the Teatro Monumental in Madrid, where she declared feeling so honoured to have such an amazing choir embracing her voice. She also added, the song grows up a lot, becoming even more powerful and stronger, more than it already is. 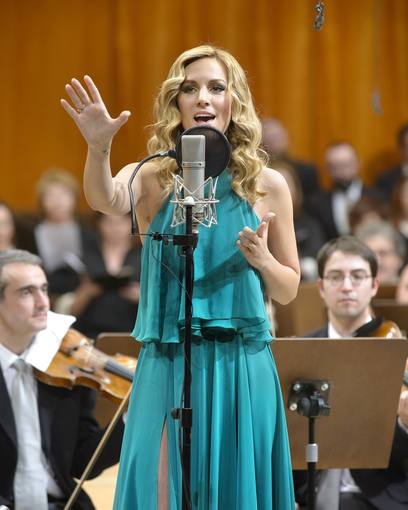 It’s been supervised by Mr. Pepe Herrero, in charge of the chord arrangements for the song, which was written by Tony Sánchez Ohlsson, Thomas G:Son and Peter Boström. The song was revealed last Sunday and it is still unkown how the performance will look like or any modifications are set to be made in order to revamp the entry for on-stage act. The lyric-video for the entry was uploaded to Edurne’s official VEVO channel in YouTube and already reached more than 35.000 visits.

It’s has also been launched a video-campaign to support the entry by the Spanish fans, who really want to take the contest home after 45 years.

What do you think about the Spanish choice? Are you expecting a victory from the country?

Stay tuned to ESC+Plus.com for further news about Spain and Edurne at the Eurovision Song Contest 2015 in Vienna.