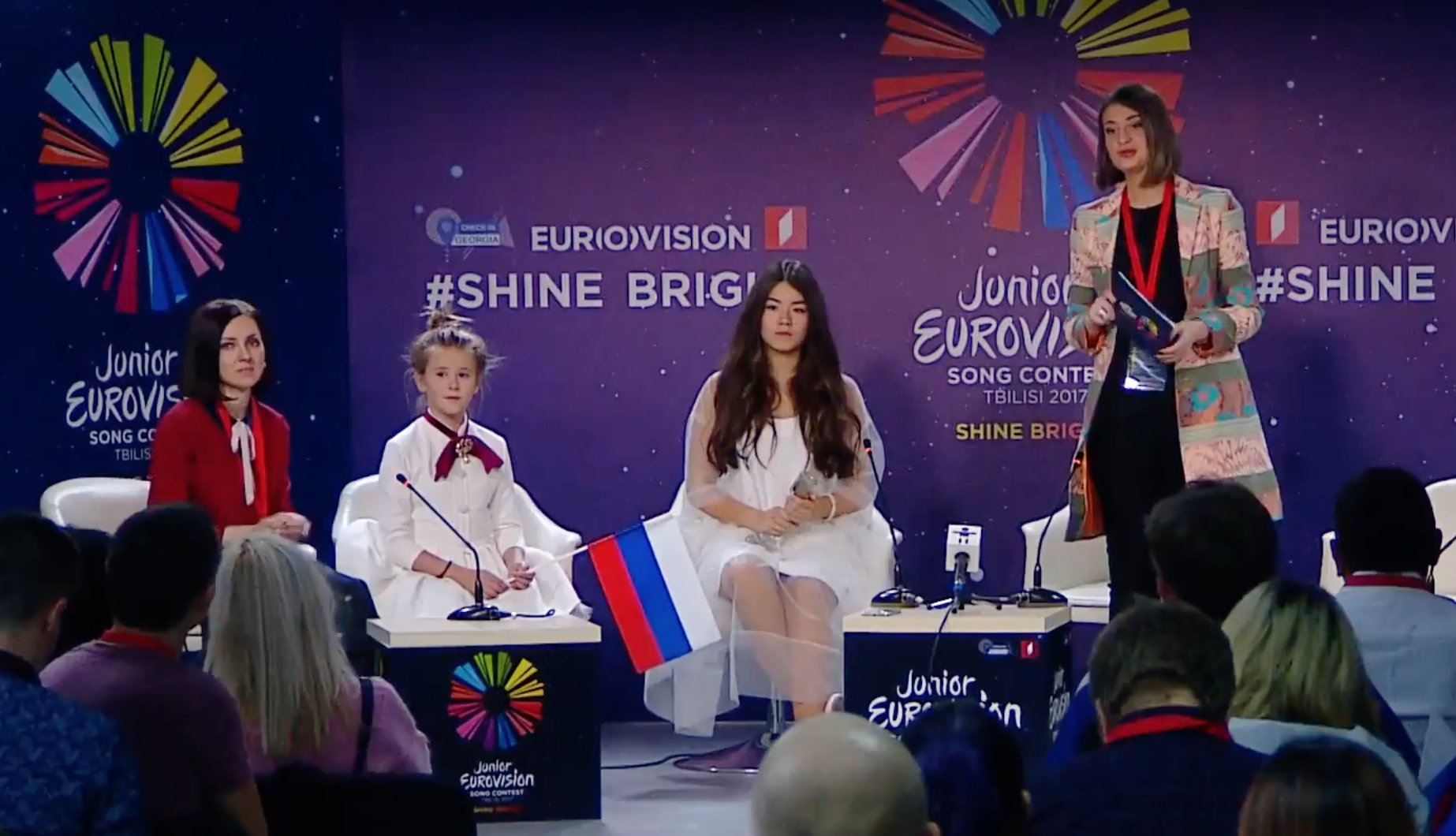 At this evening’s press conference in Tbilisi after Polina Bogusevich won the Junior Eurovision Song Contest 2017 with the song “Krylya” (Wings) but unfortunately for the Russians, the contest will not travel to their motherland in November 2018. As announced by EBU earlier this week, it will be in hands of BTRC to embrace the show in its capital city Minsk.

According to this, a Latvian journalist from the Latvian Public Television who was seated at the press conference and went on to ask Polina how she felt towards EBU’s and Steering Group decision to host the contest in Belarus and not bringing it to Russia next year.

Polina, who feels extremely overwhelmed to have won the competition, admitted that she had previously forgot about it because she already knew that Minsk was chosen and Steering Group member Ekaterina Orlova, who helped Polina translating with the answers to the press questions, confirmed that no matter the show will be held in Minsk that Polina will absolutely be present out there. In addition to this, Orlova also revealed that there were some of her colleagues at the EBU, thus we do understand she was talking about the other Steering Group members, that put their views on Russia hosting 2019 edition, to what Ekaterina answered that they will excitingly keep an eye on the chance to do it.

Where would Russia host the contest if they earn the chance to host it? Where would you like it to be? Tell us about it in the comments box below.