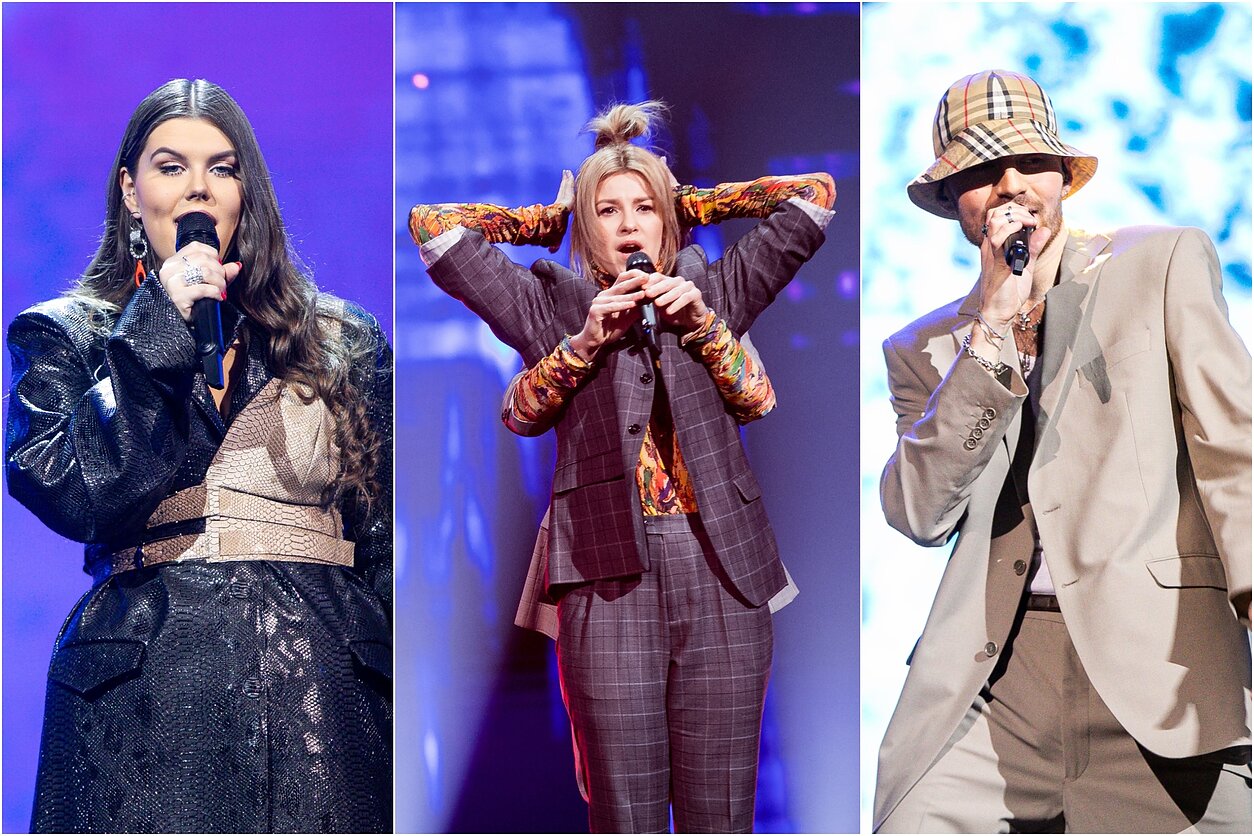 Lithuania continues their national selection Pabandom iš naujo! (Let’s Try Again!) tonight with ten new entries competing for the five remaining semi-final spots! Just like the first show, the broadcast was recorded in advance this week on Tuesday at the LRT studios without an audience due to the ongoing pandemic.

Like all other shows in the past four years, the results will be decided in equal parts by a professional jury and the TV viewers, as their rankings will be converted to the Eurovision scores of 1-8, 10 and 12 points to combine those rankings at the end of the show.

The hosts will stay the same as actors Vytautas Rumšas Jr. and Ieva Stasiulevičiūtė will guide viewers throughout the show while former Eurovision representative Vaidas Baumila will stay at an adjacent room with the five jury members.

Regarding the jury, Chief LRT Music Journalist Ramūnas Zilnys and Eurovision-participating songwriter Vytautas Bikus will stay as the jury’s fixed members, this time joined by Gerūta Griniūtė, who participated in the selection process in 2016, and Russian-Lithuanian singer Stano, frontman of 2000s band Delfinai.

As usual, a large part of the revenue from the televote will be destined to funding the winner’s Eurovision performance―for reference, the first preliminary heat collected 6619 votes at a price of 51 euro cents each. The televote will be monitored by a group of independent observers part of Grant Thornton Baltic.

These are the acts taking part in tonight’s show! They are listed in the order their performances were recorded earlier this week. However, this order could go through minor changes ahead of tonight’s broadcast.

Fans of Lithuania in Eurovision will certainly recognize some of these names as they return from previous years. Most notably, Eurovision 2014 entrant Vilija returns under a different stage name, Sunday Afternoon, with a chillhop-inspired entry completely different from her former hit Attention.

Gabrielius Vagelis is another name due to bring attention as this marks his fourth attempt. Despite two new attempts in 2018 and 2020, his 2017 entry Feel Myself Free remains his most successful participation with a 5th place in the final show. His 2021 submission, My Guy, was released yesterday as a single! Aistė Brokenleg, meanwhile, makes a return following her debut last year with a rather chaotic performance of Electric Boy.

Gebrasy, who used to perform under his real name Audrius Petrauskas, will also perform tonight in what represents his fourth attempt at taking to the Eurovision stage. A large amount of fans have given him positive feedback on his entry this year, titled Where’d You Wanna Go? and representing an evolution over his past entries, as the artist himself admitted on an interview to the tabloid Žmones.lt.

Despite all these big names indicating a stronger heat than the first show, most of the attention on this show is indisputably on last year’s winners The Roop. After being named Lithuanian Ambassadors of the Year weeks ago following the massive success of their Eurovision entry On Fire, becoming viral on a global level, LRT has invited them to return to this year’s selection as automatic finalists.

However, in spite of their competition status as automatic finalists, they can still choose to perform in one of the earlier stages to showcase their entry. As such, the first live performance of Discoteque, the band’s submission vying to win the competition twice in a row, will take place tonight!

The entry was premiered yesterday morning with a music video reveal at 9:30 in the morning and made available immediately on all streaming platforms. As Vaidotas Valiukevičius, the band’s vocalist, explains on the video’s description, “Discoteque talks about personal inner liberation. Rather often we say that we are free and that we live in a free world. But most of our restraints come from the inside. So, this song and movement aims liberate our minds, which contains too much self-criticism, fear of appearing different, reluctance to accept your body, even limiting your attractiveness.”

The show will kick off at 20:00 Central European time on LRT HD and international channel LRT Lituanica! You will be able to watch the show, along with Norway’s Melodi Grand Prix, on our multi-window stream.