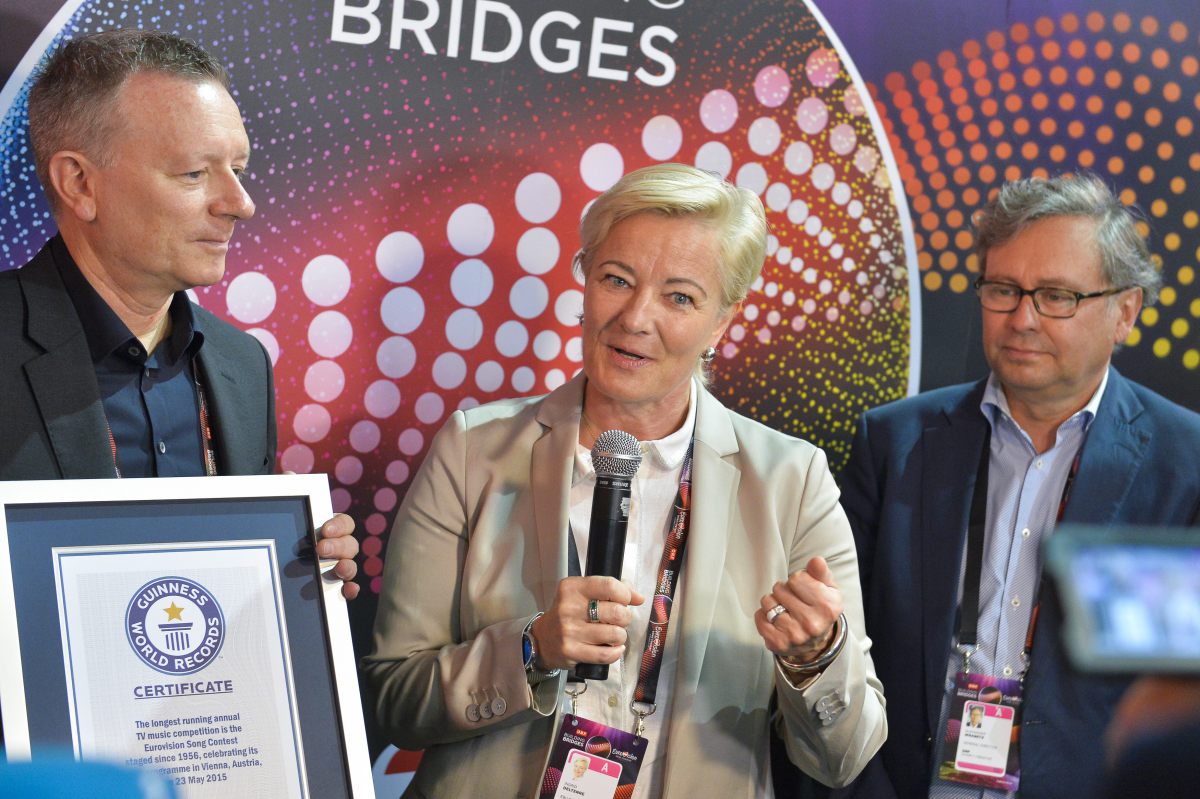 Live from Vienna, today Europe’s favourite TV show, the Eurovision Song Contest celebrates its 60th anniversary and a few hours ahead of the final, the contest has been awarded a Guinness World Record award as the LONGEST RUNNING ANNUAL TV MUSIC COMPETITION in the world.

Eurovision.tv reports that an adjudicator from the global authority in record-breaking achievement was in Vienna, Austria to present EBU Director General Ingrid Deltenre and Executive Supervisor Jon Ola Sand with the award on the day of the 2015 Grand Final which will be seen by nearly 200 million people in 45 countries tonight, 23rd of May.

“We are thrilled to be presented with this award on the occasion of the 60th anniversary of the Eurovision Song Contest,” said EBU Director General Ingrid Deltenre. “This unique television show has been bringing Europeans together for six decades. While other music television formats have been and gone the Song Contest has endured and in its 60thyear has never been more popular.”

Guinness World Records adjudicator, Eva Norroy, said: ‘Eurovision’s achievement was brought to our attention as they were celebrating their anniversary and, when we started to investigate, we realised there is nothing quite like it around the world. Guinness World Records are also celebrating their 60th anniversary this year so both organisations have a lot to celebrate in 2015.” 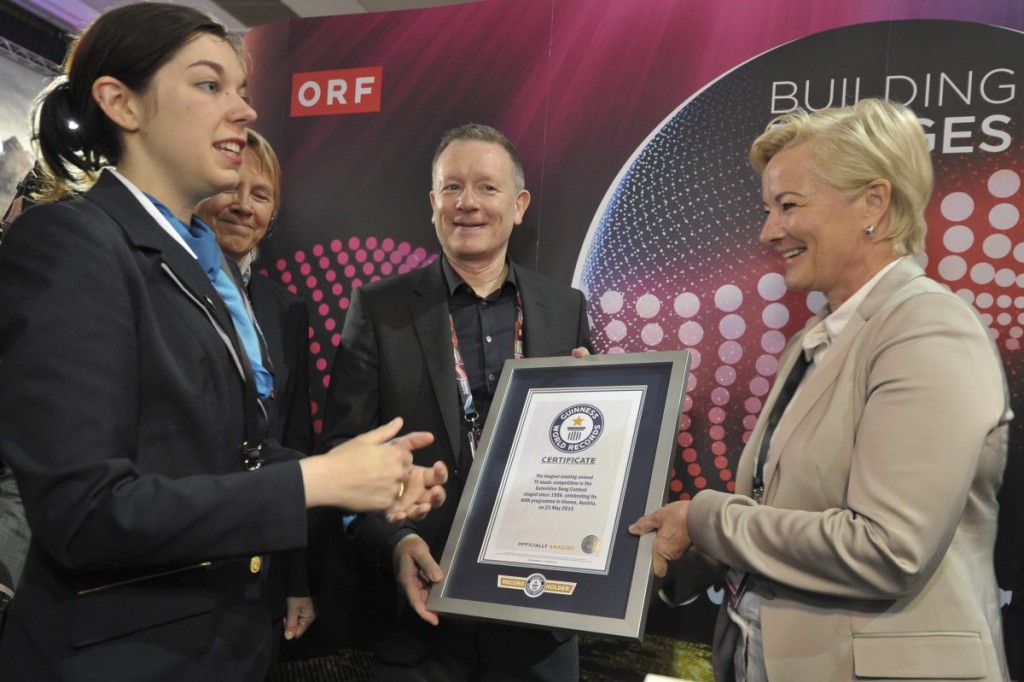 Jon Ola Sand, Executive Supervisor for the European Broadcasting Union said: “After 60 years, the Eurovision Song Contest is stronger than ever. We are proud of this title, which is a strong recognition for those who’ve kept the contest going strong over the past decades and encouraging for the many talented people who will contribute in the many decades to come.”

It’s not the first time Eurovision appears on the Guinness World Records book, as Alexander Rybak won the right to be man with highest score ever achieved in the history of the competition and appear on the 2010 edition of the book.