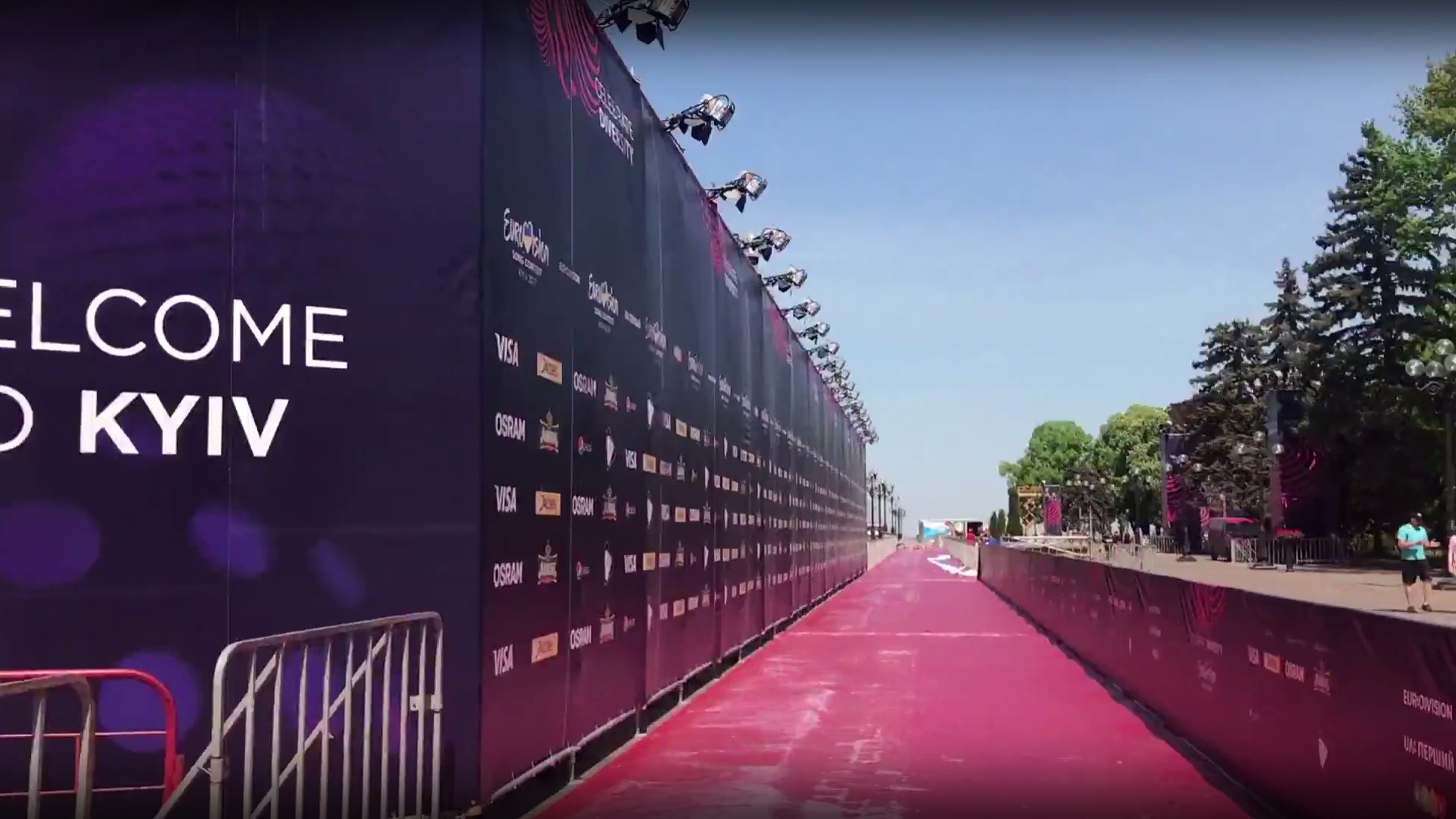 EBU and UA:PBC are now half way through the two Eurovision weeks which Kiev is currently fully immersed with. So, that means it is big time for the Opening Ceremony and the Red Carpet event where all the participants will show their best outfits for the occasion and will answer the questions of thousands of European media all along that big way with each and everyone’s respective team or delegation, as usual.

The Red Carpet event will take place at Mariyinsky Palace in Kiev, with the Opening Ceremony set to be held at the Parkovy Exhibition and Congress Centre, most known these days as the popular Euroclub. This year’s got the Red Carpet that long of record-breaking 265 metres. The appointment has been scheduled and set to start at 16:00 (CET) which means 17:00 local time and will be available to be followed live on a Eurovision.tv stream. It is also up to each participating broadcaster to decide whether they are supposed to air it or not, so you might tune into one of them and check it out!

Red Carpet director, Serhiy Proskurnya, believes the location of the event is ideal enough, set in the centre of Kyiv with stunning architecture on show. Speaking of the set location, Proskurnya revealed:

“This location will include a special area for the press of each participating country and accredited fans of Eurovision 2017. Each delegation will move along the red carpet for about forty minutes and will last for two and a half hours. Simultaneously on the red carpet, a total of 12 delegations of each country will feature. They will stop for photo shoots, will give interviews and autographs for fans”.

As we have mentioned, right afterwards, delegations of each participating country will be welcomed at Parkovy Centre by the sounds of the National Academic Orchestra of Folk Instruments, who will perform a medley of previous Eurovision hits, also accompanying a number of guests throughout the evening. Furthermore and following this hilarious moment for the artists, an intimate and private “Welcome Party” will be made indoors also at the Euroclub, where press could be most likely allowed to join.

Tune in to the following stream on time to watch the Opening Ceremony of this year’s Eurovision Song Contest:

As you already know, rehearsals are quite well underway inside the International Exhibition Centre in Kiev, the venue where the contest will celebrate its 62nd anniversary this week. Today it is time for the BIG 5 and Ukraine to give their acts on stage another go, so don’t you dare to miss! It is finally that time of the year, Eurovision has finally come!

Stay tuned for more surprises to be revealed and announced, as the organizers and producers have stated they are keeping secret plenty of them which will be announced throughout the course of these days.