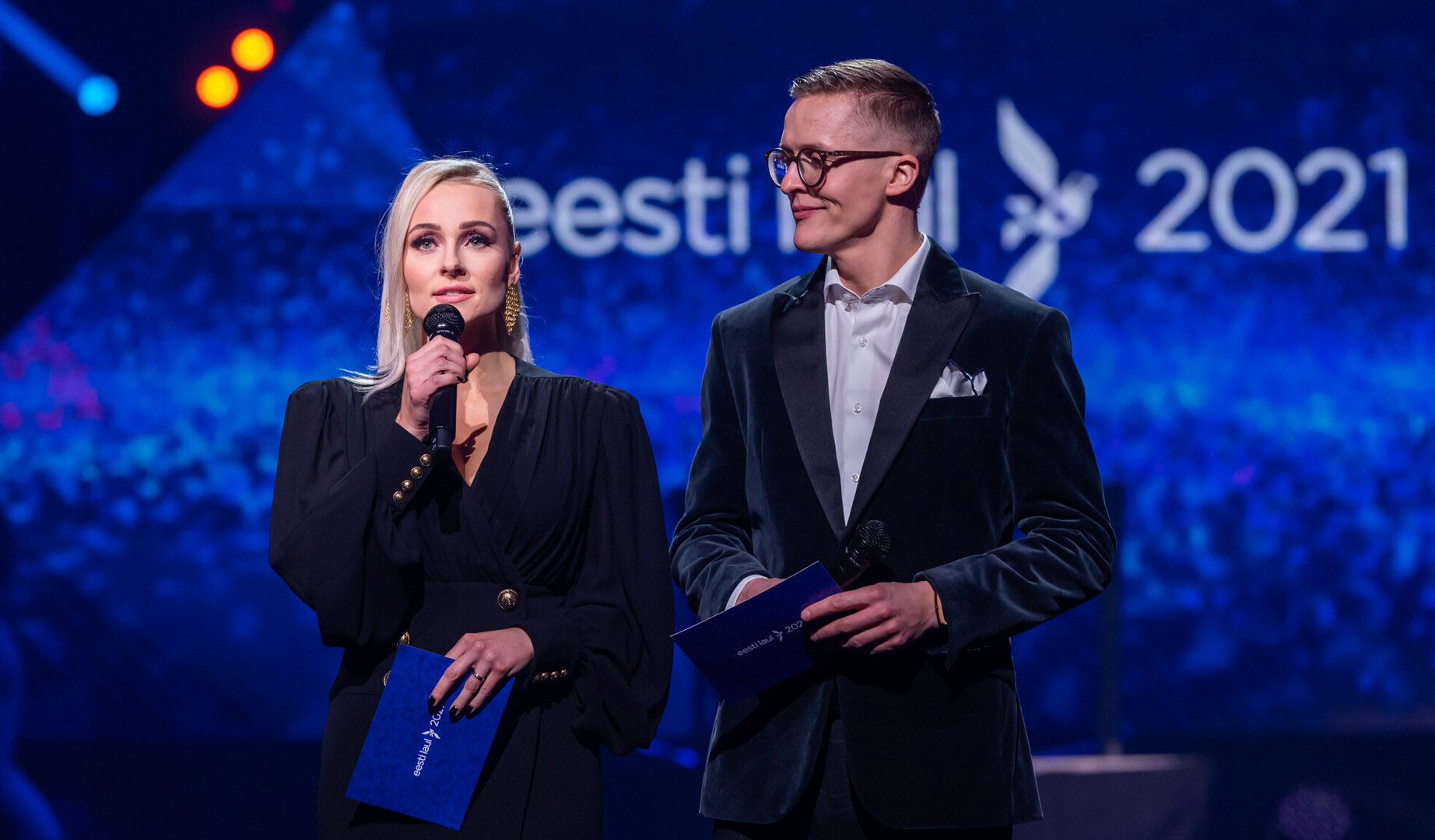 Kadri Voorand, Uku Suviste, Jüri Pootsmann, Suured Tüdrukud, Sissi and REDEL are the names who will continue in the race to get to fly the Estonian flag at Eurovision 2021 in Rotterdam.

Eesti Laul 2021 continued its path tonight after the first semifinal which took place last Thursday. As some more COVID-19 restrictions were actually revised and imposed by ERR, having to ensure the security distance among the contestants in the Green Room, the second semifinal just gave us the last six acts which have been granted a spot in the grand final, taking place on March 6th, live from Tallinn’s Saku Suurhall.

Kadri Voorand, Uku Suviste, Jüri Pootsmann and Suured Tüdrukud are the acts who made it through the first voting round which used a 50/50 combination of the votes from the public at home with their calls and sms as well as an on-studio panel to decide the strongest performances. Then, the audience had solely its say and picked Sissi and REDEL among the ones still in competition.

These were the 12 acts making up tonight’s line-up, whose running order was drawn and announced back in January, so were the starting positions for the first semifinal last Thursday.

On the list, we could still find some recognizable names such as Sissi, who took part in 2019 and actually is one of Eurovision 2001 winner, Dave Benton’s daughters; Helen, who we had the pleasure to have helping us during our Eesti Laul 2019 coverage; Eesti Laul 2020 winner, Uku Suviste, who is coming back for redemption; and Jüri Pootsmann, who would try to improve his Eurovision 2016 attempt whether he would reach the final and get the ticket to Rotterdam.

Estonian public broadcaster Eesti Rahvusringhääling (ERR) put up a great show which had nothing to feel jealous of or envy if compared to its competitors and other national selection shows around the continent. After the opening ceremony who saw all the artists walking in on and through the stage as they were called, TV hosts Grete Kuld and Tonis Niinemets kicked off with the competing performances which show diverse and high quality numbers, whereas Curly Strings and former Eesti Laul contestant Daniel Levi, performed. The show was opened by DJ Rozell and his latest single, the uplifting ‘Fever‘.

Estonia is one of those small countries which has been working hard to develop a big national selection procedure for Eurovision. The show has seen the most popular and beloved artists in the country for years trying to represent the nation in Europe’s favorite TV show. The whole thing speaks today by itself. Simply Estonia’s most watched TV show.

A few weeks after Eurovision 2020 was cancelled, the broadcaster broke its silence and granted Uku Suviste, their 2020 winner, a spot in the competition whether he accepted to participate. ERR was not due to refuse organising their annual extravaganza given the popularity it has reached over the years.

Eesti Laul 2021 will select its Eurovision 2021 act on March 6th, where the already 12 mentioned finalists will fight for the ticket to Rotterdam during an even more exciting show, which still promises more surprises, as producer Tomi Rahula confirmed. The running order will decided behind closed doors in order to ensure proper continuity and rhythm during the show.

The baffling COVID-19 pandemic hitting the world since early 2020 has again left the audience apart from attending Saku Suurhall in the Estonian capital city, in the exercise of following necessary safety measures, which have been tightened by the Production Team due to complaints from media and fans after the first semifinal.

In the event any of the artists competing is diagnosed with the virus, a plan has been developed in order to still have its song competing with the music video and aim for the chance to step onto the big stage in May.

Who is your favorite from the grand final line-up? Take a look at the acts down below and vote! Is Uku’s 2021 entry as good as ‘What Love Is’? Have a say and choose your favorites!

Estonia will take the stage during the first half of the second semifinal of this year’s Eurovision Song Contest on May 20th.