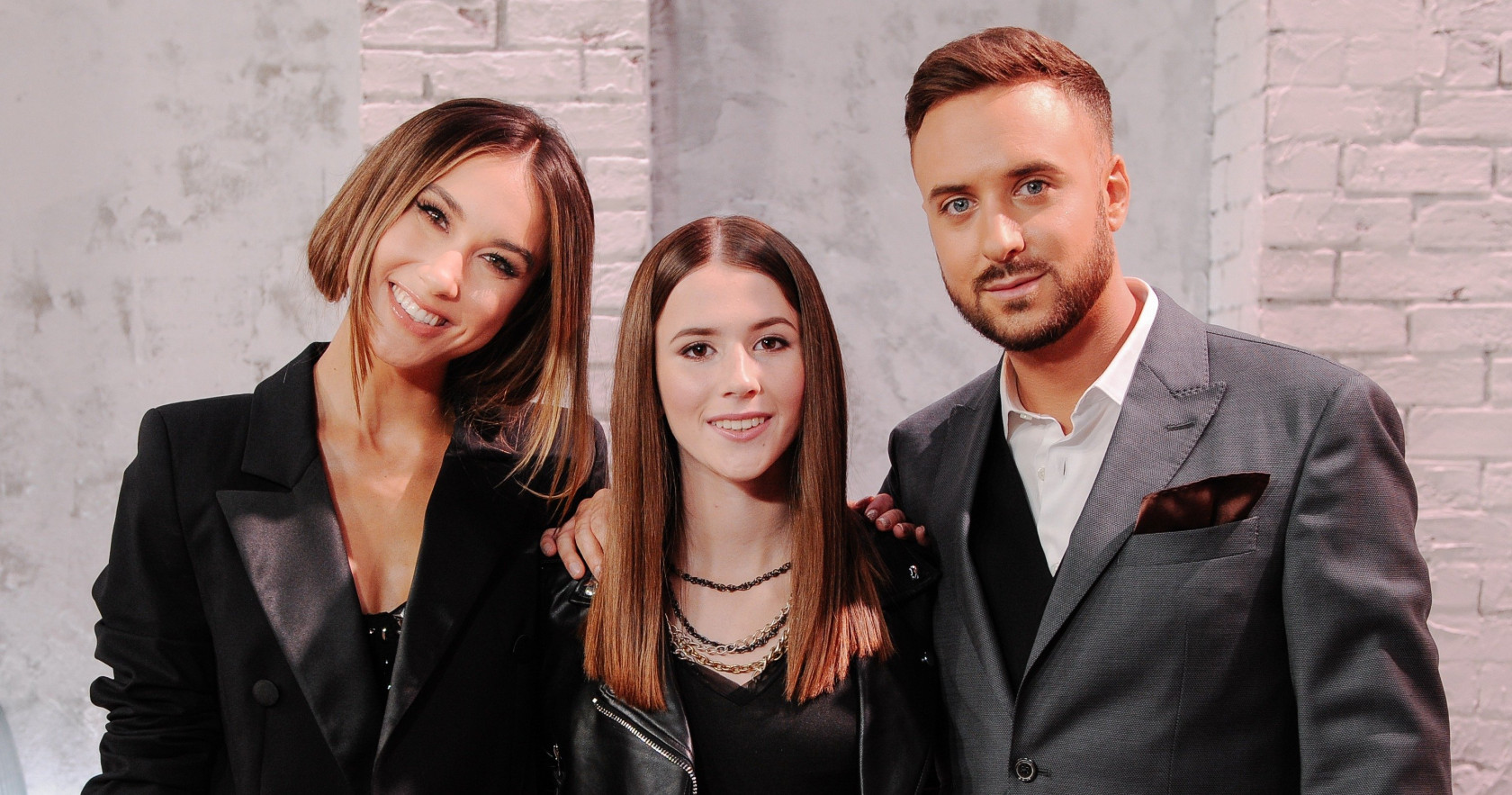 TVP has just announced that Ida Nowakowska, Aleksander Sikora and the last year’s winner Roksana Węgiel will host the Junior Eurovision Song Contest 2019. The show will take place on November 24 in Gliwice, Poland.

Roksana was born on 11 January, 2005 and won last year’s Junior Eurovision Song Contest in Minsk with her song Anyone I Want To Be. She became the very first Polish winner at the Contest, her music video broke a record on the Junior Eurovision Song Contest YouTube channel for most watched video. She also won the first edition of ‘The Voice Kids’ in Poland at the age of 13.

Ida was born on 7 December, 1990 and is a Polish-American dancer, actress and TV personality.

She studied in New York at the Professional Performing Arts School and Steps on Broadway and performed at the very famous Metropolitan Opera. As a young girl, Ida played in the movies ‘Bandit’ and ‘Out of Reach’ with Steven Seagal. Ida graduated from the Film, Theater and Television Department of the University of California, Los Angeles. In college, she also worked as a dancer on a tour with Bruno Mars and Cee Lo Green.

In Poland, Ida has performed as a dancer, juror and host in various TV shows. This year she became a host of TVP’s popular morning show ‘Pytanie na śniadanie’ and she will host the next edition of ‘The Voice Kids’.

Aleksander was born on 25 June, 1990 and is a Polish presenter and lifestyle journalist. He debuted in 2011 as a TV host and video jockey at the most popular music channels in the country like MTV Polska, VIVA Polska and 4funTV.

Nowadays, Aleksander works for Polish public broadcaster TVP as part of the country’s most popular morning show ‘Pytanie na śniadanie’. He is also host for the TVP2 summer tour, which features the best Polish and international singers.

19 countries will compete at this year’s Junior Eurovision, which sees the return of Spain after 13 years, and the withdrawal of Azerbaijan and Israel.

The 2019 contest will take place under the motto #shareTheJOY. Poland will host Junior Eurovision for the first time after the victory of Roksana in 2018.

How much are you looking forward to listen to the songs? Get ready, as September comes with a bunch of announcements!