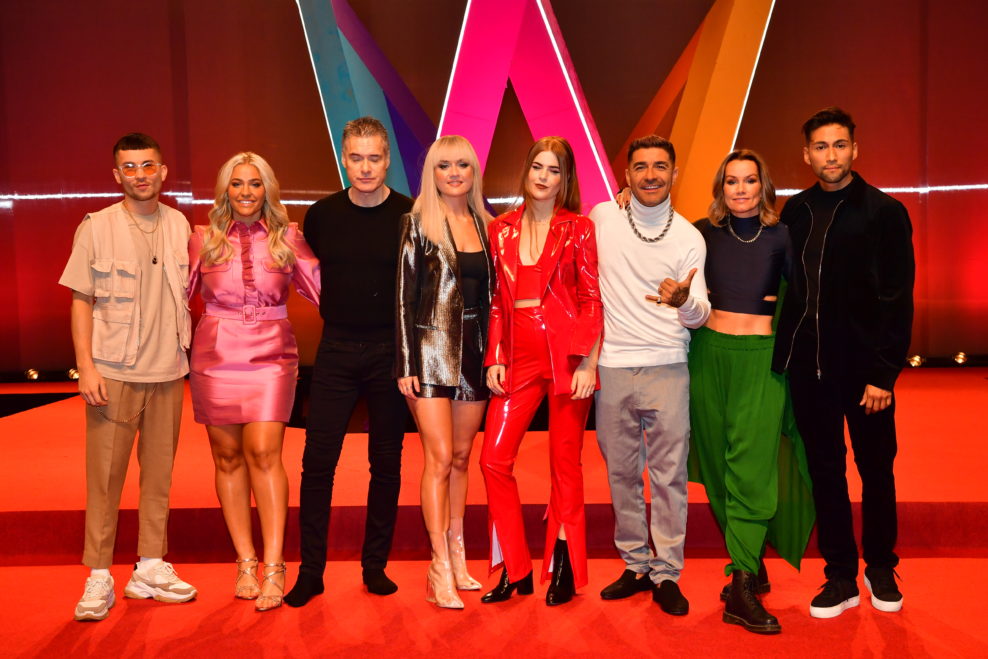 The show will be broadcast live from Gothenburg (Scandinavium) at 20:00 CET. Below you will find all the necessary information regarding tonight’s semi-final. Hosts, artists, running order, backing vocalists and more!

1. Klara Hammarström – “Nobody”
Text & music: Erik Smaaland, Palle Hammarlund, Klara Hammarström
Klara has been a successful rider and was part of the team that took bronze in the field competition in the pony European Championship 2015. In autumn 2018 she appeared with her parents and nine siblings in the SVT series Familjen Hammarström. Now Klara is investing in music and last summer she released the debut single “Break Up Song”, followed by “You Should Know Me Better”.
Backing vocalists of the number (off stage): Dea Norberg and Emelie Fjällström
Dancers: Lisa Arnold, Keisha von Arnold, Kim Pastor and Milena Jacuniak
Choreographers and performance creators: Sacha Jean Baptiste and Lotta Furebäck

3. Dotter – “Bulletproof”
Text & music: Dino Medanhodzic, Johanna Jansson (Dotter), Erik Dahlqvist
Johanna Jansson is a singer and songwriter who devoted herself to music early. Already at the age of ten she wrote her first song “Nobody Knows Me” on piano, and with her friends at school she formed the group Dizzy Woop. In 2014, she began to create music under the artist name “Dotter”, an artist name inspired by the fact that she sees herself as a “daughter to mother Earth”, given her strong commitment to nature, animals and environment. Her debut single was “My Flower” and four years later she competed in Melodifestivalen stage for the first time with the song “Cry”.
Backing vocalists of the number (off stage): Dea Norberg and Emelie Fjällström
Choreographers and performance creators: Sacha Jean Baptiste, Lotta Furebäck and Julius Hayes

4. Mendez feat. Alvaro Estrella – “Vamos Amigos”
Text & music: Palle Hammarlund, Jimmy Jansson, Jakke Erixson, Leo Méndez
Mendez got his big break in Sweden with the song “Razor Tongue”. His Latin vibes made a groundbreaking impression in Melodifestivalen when he entered the competition for the first time with “Adrenaline” in 2002. His music career continued in both Sweden and his other home country Chile. Some time in the 2000s, Mendez moved back to Chile, where he also ran in the mayoral election in Valparaíso in 2016. Two years later he returned to Sweden and Melodifestiven’s stage with “Everyday”.
This year, Mendez competes with Alvaro Estrella, who also has roots in Chile and experience with in Melodifestivalen and Eurovision. In 2014, he performed as an artist in Melodifestivalen with “Bedroom” and finished sixth in the semi-final.
Dancers: Keisha von Arnold, Lisa Arnold, Edin Jusuframic, Lamin Holmen, Vicky Perez and Niklas Arleryd
Choreographers and performance creators: Sacha Jean Baptiste, Lotta Furebäck and Cynthia Toledo

5. Linda Bengtzing – “Alla Mina Sorger”
Text & music: Yvonne Dahlbom, Jesper Welander, Adam Jönsson, Linda Bengtzing
Linda Bengtzing is a true veteran of Melodifestivalen. With this year’s participation included, she has competed seven times as an artist. Which in turn means that she has the most appearances as a solo artist in the history of Melodifestivalen! In addition, she has done several musicals and participated in television programs such as Rampfeber and Körslaget. For several summers Linda has toured with Diggiloo, most recently in 2016, when she traveled around Sweden with, among others, Lasse Holm, Jessica Andersson, Oscar Zia and Ace Wilder.
Backing vocalists of the number (off stage): Susanna Säfsund and Lars Säfsund
Choreographers and performance creators: Sacha Jean Baptiste and Lotta Furebäck

6. Paul Rey – “Talking In My Sleep”
Text & music: Paul Rey, Lukas Hällgren, Alexander Standal Pavelich
Paul started making hip hop music as a teenager and achieved success under the artist name P.J. In 2015, he got an American record deal, and in 2017 he released the hit single “California Dreaming” with Arman Cekin and Snoop Dogg. During the past year Paul Rey has toured with the Rix FM Festival, performed at Brilliant Minds and was an opening act for James TW and Måns Zelmerlöw.
Choreographers and performance creators: Sacha Jean Baptiste and Lotta Furebäck