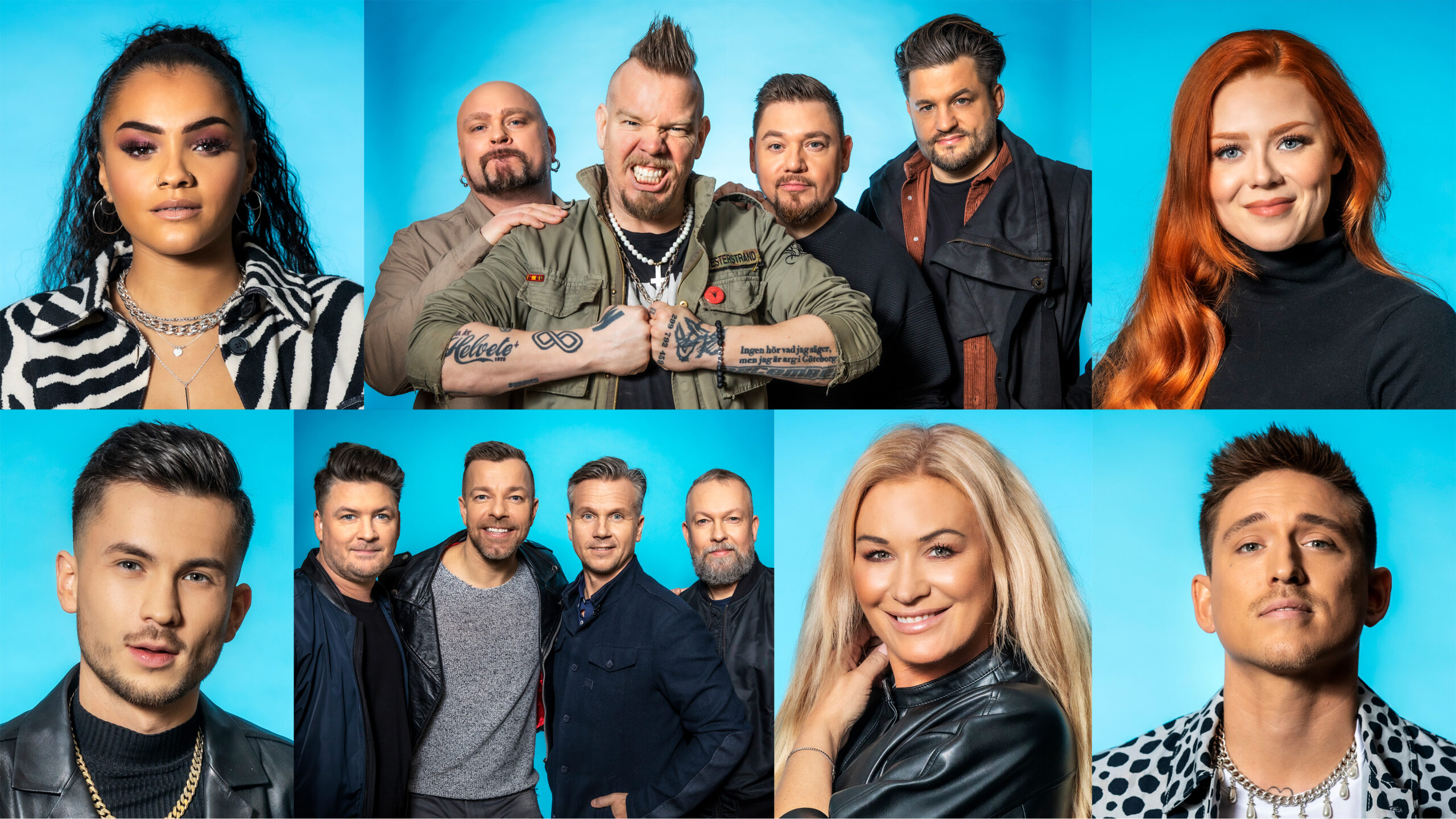 Melodifestivalen, the national selection that most fans are waiting for, kicks off in Sweden tonight!

The first semi-final of Melodifestivalen 2021 will be broadcast live from Stockholm at 20:00 CET. Below you will find all the necessary information regarding tonight’s semi-final. Hosts, artists, running order, backing vocalists and more!

1. Kandiatou – “One Touch”
Text & music: Joy Deb, Linnea Deb, Jimmy ”Joker” Thörnfeldt, Anderz Wrethov
The 19-year-old singer debuts in Melodifestivalen 2021. She placed second in Idol 2018. Her version of “Say Something” was featured in the hit TV series “Grey’s Anatomy”. The song was Kandiatou’s first single and gave her her first Swedish Platinum certification.
Kandiatou about her entry: “It’s a very positive, happy and delightful song. I hope it will have everyone at home standing up dancing in the sofa. Expect something you have never seen before.”
Backing vocalists of the number (off stage): Nathalie Holm
Choreographers and performance creators: Lotta Furebäck, Sacha Jean-Baptiste, Jennie Widegren
Dancers: Keisha von Arnold, Fatou Bah, Minou Deilert, Kamilla Halid

2. Lillasyster – “Pretender”
Text & music: Isak Hallén, Palle Hammarlund, Ian-Paolo Lira, Jakob Redtzer, Martin Westerstrand
Lillasyster began their career in 2007 with the album “Hjärndöd musik för en hjärndöd generation”. The band has released 4 albums, toured Sweden and been nominated for several Swedish Grammies for “Best Hard Rock”. This is their debut in Melodifestivalen.
Lillasyster about their entry: “At least it’s the hardest song this year. We wrote it because of the pandemic, since we didn’t have any other gigs. It will rock your ass off.”
Backing vocalists of the number (off stage): Lars Säfsund
Choreographers and performance creators: Lotta Furebäck, Sacha Jean-Baptiste, Jennie Widegren

3. Jessica Andersson – “Horizon”
Text & music: Christian Holmström, Jesper Jakobson, Fredrik Kempe, David Kreuger, Markus Lidén
Jessica Andersson returns to Melodifestivalen for the 8th time! Her most recent participation was in 2018 with “Party Voice”, placed 11th in the final. She has already represented Sweden in Eurovision 2003 as part of the duo Fame, placing 5th with “Give me your love”. A very interesting trivia is that Jessica’s Melodifestivalen 2010 song “I did it for love” holds a record of staying 97 weeks in the Svensktoppen radio chart. More weeks than any other Melodifestivalen entry.
Jessica about her entry: “The song is grand and has a lot of hope in it. It’s challenging to sing. I listened to a lot of possible songs for this year’s Melodifestivalen, and many were great, but this one struck me like none of the others. I love it.”
Backing vocalists of the number (off stage): Emelie Fjällström
Choreographers and performance creators: Lotta Furebäck, Sacha Jean-Baptiste, Jennie Widegren
Dancers: Kenny Lantz, Amir Ashoor, Lovisa Bengtsson, Hanna Carlbrand

4. Paul Rey – “The Missing Piece”
Text & music: Laurell Barker, Paul Rey, Fredrik Sonefors
After finishing 6th in the final of Melodifestivalen 2020 with “Talking in my sleep”, Paul Rey returns to the contest. Paul started making hip hop music as a teenager and achieved success under the artist name P.J. In 2015, he got an American record deal, and in 2017 he released the hit single “California Dreaming” with Arman Cekin and Snoop Dogg.
Paul about his entry: “The song is like a journey. It starts intimately and steadily grows. I hope everyone will want to join me on this beautiful journey.”
Backing vocalists of the number (off stage): –
Choreographers and performance creators: Lotta Furebäck, Sacha Jean-Baptiste, Jennie Widegren
Dancers: –

5. Arvingarna – “Tänker Inte Alls Gå Hem”
Text & music: Stefan Brunzell, Nanne Grönvall, Thomas G:son, Bobby Ljunggren
This is Arvingarna’s 6th participation in Melodifestivalen with the most recent being in 2019 with “I do”, placed 7th in the final. They won Melodifestivalen in their first attempt back in 1993 with “Eloise” and brought a 7th place in Eurovision for Sweden.
Arvingarna about their entry: “This song is a fantastic ray of sunshine. When the viewers get to see our performance, they can expect cheer, party, and action from four merry Gothenburgians.”
Backing vocalists of the number (off stage): –
Choreographers and performance creators: Lotta Furebäck, Sacha Jean-Baptiste, Jennie Widegren
Dancers: –

6. Nathalie Brydolf – “Fingerprints”
Text & music: Andreas Stone Johansson, Etta Zelmani, Laurell Barker, Anna-Klara Folin
The 25-year-old artist debuts in Melodifestivalen 2021. She participated in Idol 2018 (just like Kandiatou) and finished 6th. She has traveled a lot, studied music in London, participated in the Swedish Bachelor in 2018 and now she’s here to try to represent Sweden in Eurovision.
Nathalie about her entry: “My song came into being when one of my amazing songwriters had to endure the enormous pain of loving someone who’s not able to show their love back, and I think a lot of people can relate to that feeling. It’s an incredibly beautiful ballad, and I hope that it will talk right to heart for a lot of people. The viewers can expect a lot of love and sorrow and a lot of emotions on stage – and maybe a beautiful gown.”
Backing vocalists of the number (off stage): Emelie Fjällström
Choreographers and performance creators: Lotta Furebäck, Sacha Jean-Baptiste, Jennie Widegren
Dancers: –