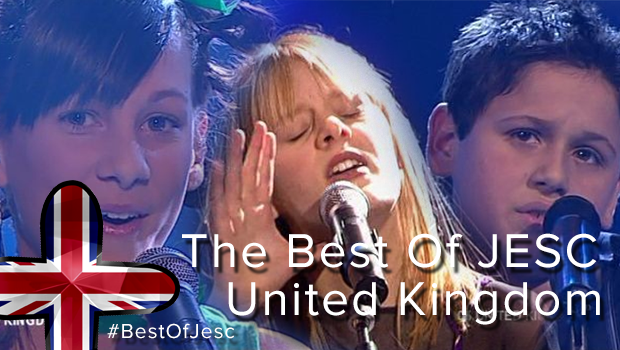 It’s time for the United Kingdom!

The United Kingdom entered the Junior Eurovision Song Contest three times, and the broadcaster was ITV which is known by the European Broadcasting Union (EBU) as UKIB.

Tom Morley (2003) and Cory Spedding (2004) sang both for the peace in the world and Joni Fuller (2005) described her feelings. The UK withdrew in 2006 due to low ratings. The BBC, Channel 4 and S4C had no intention of broadcasting the contest.

The UK holds the third highest number of total points: 140 points in 2004.

On 21 November 2013, it was revealed that Edinburgh-based 98.8 Castle FM (a non EBU member) would broadcast the 2013 contest live to listeners in Scotland. The broadcasting rights had been offered by the EBU, to its members. But when no-one in the UK took up the offer, Castle FM – previously known as Leith FM – moved in. 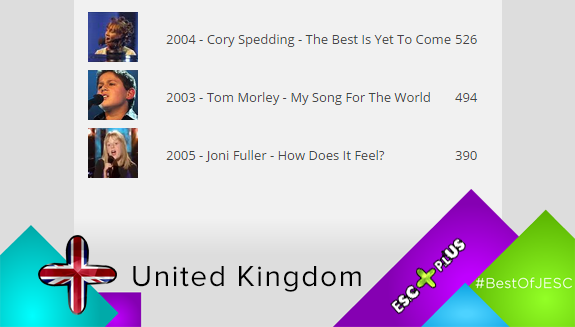