The Swedish Melodifestivalen 2013 has taken an end.

10 artists have acted at the stage of the Stockholm’s Friends Arena:

Finally, an international jury from 11 countries have give 1, 2, 4, 6, 8, 10 and 12 points to their favourite songs. After that, the results have been the following ones: 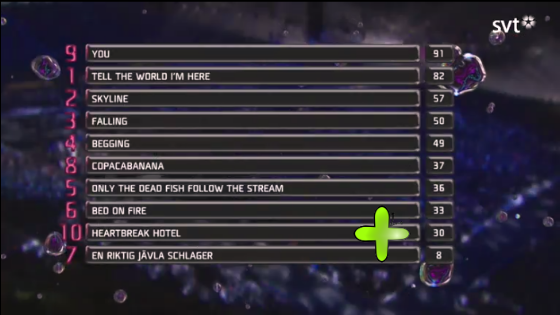 Carry on, the televote has been revealed and the scoreboard has remained just like that:

So, with 166 points, Robin Stjenberg with his song “You” will represent Sweden in the Eurovision Song Contest 2013.

Sweden, represented by Robin Stjenberg and “You“, will appear directly at the great final of Eurovision 2013, hosting it, on Saturday the 18th of May.
Good luck, Sweden!