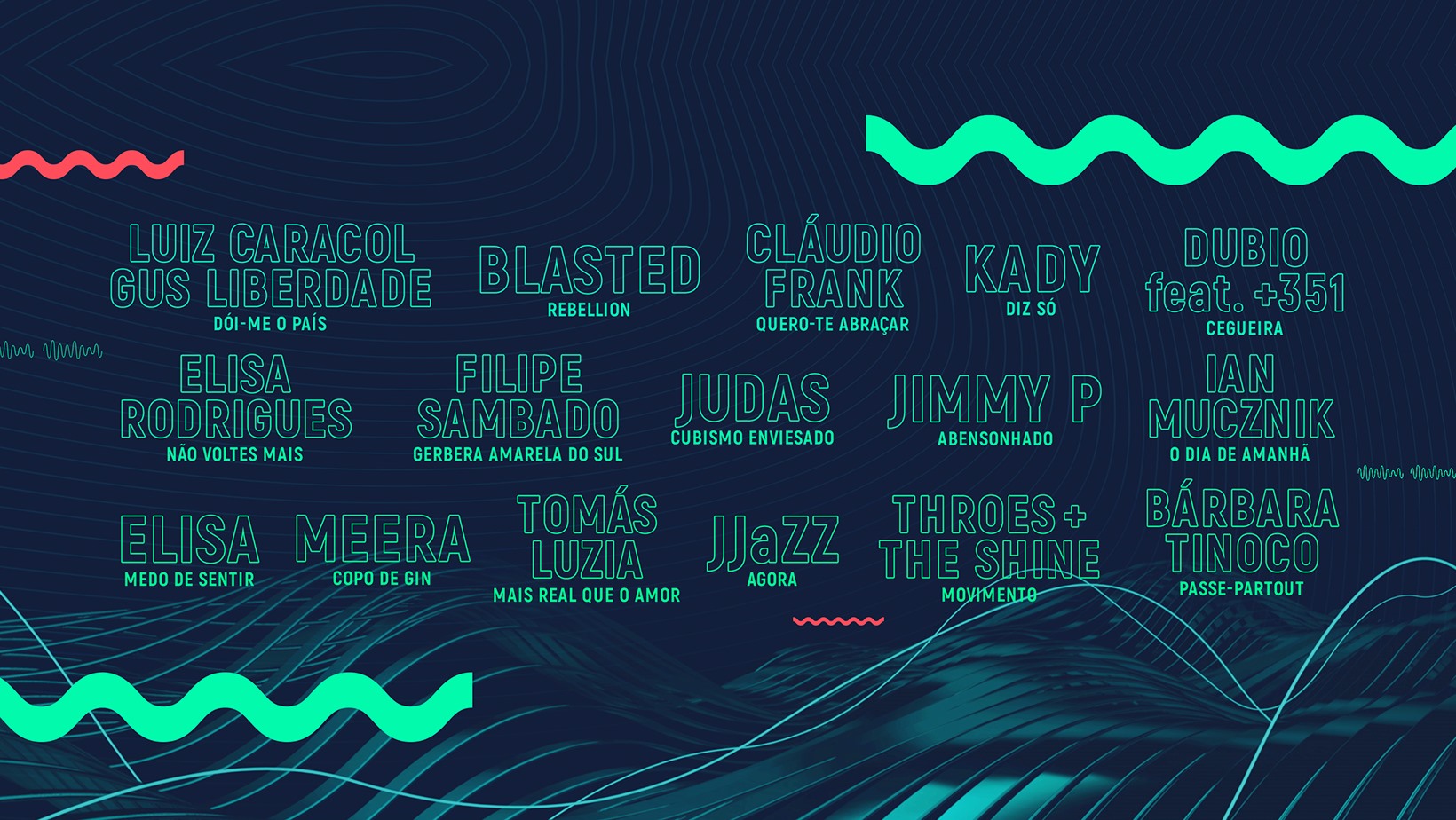 RTP has just published the 16 songs that will compete at this year’s Portuguese national selection for the Eurovision Song Contest. Festival da Canção 2020 will kick off on February 16th.

For this year’s edition, 14 selected songwriters were asked to present an original unpublished song for the contest. In addition to these 14 entries, two more slots were available for public submissions. The first public slot was selected through the “Master Class” radio program on station Antena 1, while the second one was chosen from all the applications received on the RTP’s official website.

Two semi-finals will be held with eight entries competing in each one:

Four acts will go through each semifinal after an equal combination of votes from the public and a professional jury. At the final, seven regional panels of judges will decide the outcome alongside the Portuguese televoters.

Festival da Canção 2020 will be made up of three shows, two semi-finals, which will take place on February 22nd and 29th at the RTP studios, and the Grand Finale on March 7th in Elvas.

6 hosts will guide the viewers through this year’s Festival da Canção 2020. Tânia Ribas de Oliveira and Jorge Gabriel will host the first semifinal, Sónia Araújo and José Carlos Malato the second one, while the Eurovision 2018 host Filomena Cautela and Vasco Palmeirim will present the final. Inês Lopes Gonçalves will be the Green Room host.

What’s your favourite song? Let us know in comments!