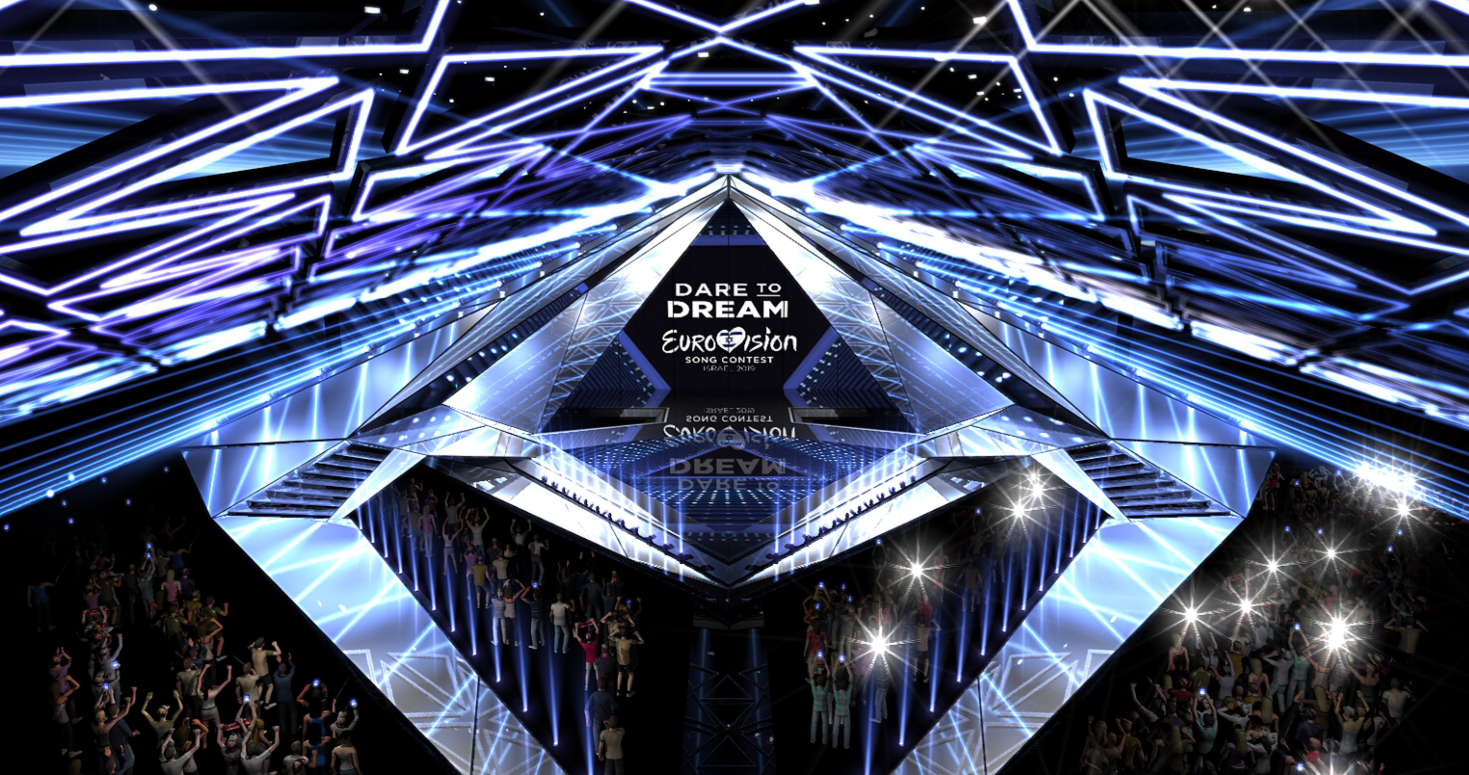 EBU and KAN have just revealed an official preview of the stage design of the 2019 Eurovision Song Contest. As in previous years, the German expert Florian Wieder is behind the stage concept that will be built at Expo Tel Aviv.

Today, the European Broadcasting Union and the Israeli broadcaster KAN have presented more images of what to expect. The well-known designer Florian Wieder, who has already worked on the design of some of the most recent Eurovision stages, Dusseldörf 2011, Baku 2012, Vienna 2015, Kyiv 2017 and Lisbon 2018, was again appointed to create the key aspect of the show.

As we can see above, the stage contains a fan area within a catwalk similiar to the setup in Lisbon.  Also very reminiscent of Lisbon is the archways from the catwalk to the main stage on either end creating an arc effect.

This view really shows off the number of triangles in the stage design. This is very different from the circular themes we have seen in the past.

Another interesting shot here showing off the LED effects both on the top of the arena and behind the main stage.

41 countries will take part in the 64th edition of Europe’s Favourite TV Show, which is set to take place on May 14th, 16th and 18th May in Tel Aviv, Israel, under the motto Dare To Dream.