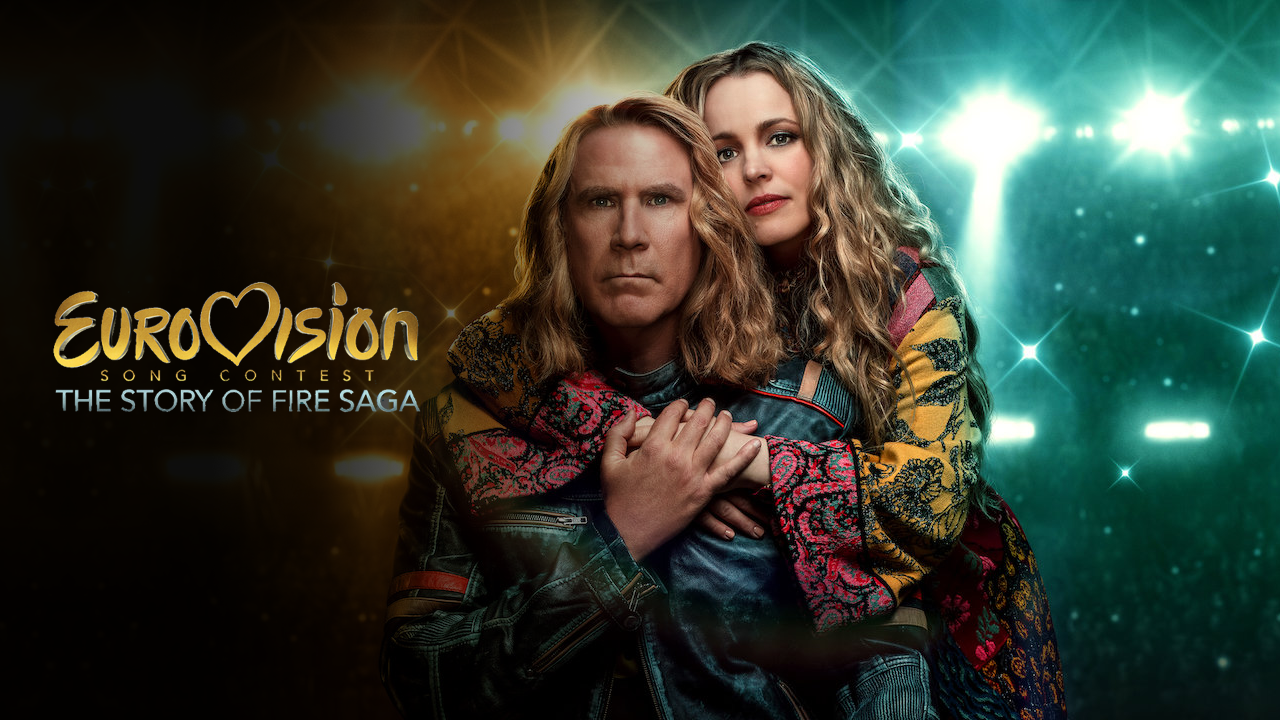 Have you ever wondered how a Eurovision-themed movie would look like? The time has already come! Join the party today and share the excitement about it, cause Netflix is bringing it out with ‘Eurovision Song Contest: The Story of Fire Saga’ !

The Eurovision Song Contest has been part of the European cultural heritage for decades. It is now part of every citizen’s life, at least when it comes to Europe. It has been won by 68 acts different acts and 27 countries. Many on-going events have gone through its main purpose: uniting people beyond differences. Back in 1956, nobody knew how successful it would become, so much that it has ended up having its own self fictional movie: ‘Eurovision Song Contest: The Story of Fire Saga‘.

Thanks to Netflix, the Eurovision fans will see how its favorite music competition will be the key element of the script which has been made up for the movie. Some have kept themselves a bit biased towards the release, being a bit skeptical about American speaking about a show which has a clear identity. If we leave it all apart, we can set it all down: no more than two hours of pure fun is what David Dobkin, the director, is aiming for: “It is a celebration, that’s what it is so great about Eurovision“. “We really wanted to be a love letter to Eurovision“, actor & producer Will Farrell said.

For the first in history, the 65-year-old running TV show was canceled after a pandemic took control of the planet Earth. Despite the meaningful competitions which were run by the European broadcasters all over the continent, the American production company decided to carry out something which had never been done. We are not talking about a one-off competition, but a film about the contest itself which will show two main characters competing to represent Iceland at Eurovision and win it all for the nation. Is it a coincidence they have picked a country that is yet to achieve the victory?

The film will depict the story of two aspiring musicians, Lars (Will Ferrell) and Sigrit (Rachel McAdams), “who have been given the opportunity of a lifetime to represent their country at the world’s biggest song competition, they finally have a chance to prove that any dream worth having is a dream worth fighting for“. They will also have to face and defeat other competitors, where we can find Alexander Lemtov (Dan Stevens), who will try to beat the duo. Music lovers will also love to know that the American singing sensation Demi Lovato will also star during the film, as Katrina.

How credible it will get?

Who knows what the final result will be, we did not have one this year, but the one thing that Fire Saga wants is to conquer the hearts of the fans, and of course, their entire country and the whole continent. The truth is that 98% of the people watching TV in Iceland, during the night Eurovision takes places, watch the show every year. So, it actually is way too logical that the country is up there. Who cares if it is real or not? It is Eurovision!

By watching the trailer, released over a month ago, we truly got the feeling that Eurovision does not need to gain credibility anymore. It has already established itself as a prestigious yearly event, which gives the people the power of coming together for a few hours. On the most personal side of the story, Lars will try to overcome its own fears and goals by fighting for it and own the field which loads have told he could not ever get.

“It is genuinely wildly entertaining. Sometimes the music is really good, the dancing is really good. It is fun and it feels communal and gives the feeling you are part of something“, Jessica Elbaum, one of the producers, explained. The truth is the movie was due to be seeing the light on May 16th, the day the ESC 2020 Grand Final was set to take place in Rotterdam. The delay had no reason but to respect the honor of the contest stopped from happening for the first time ever.

WHERE “YOU JUST SEE EVERYTHING”

The cast behind the characters have gone deeper in order to know everything about Eurovision, as McAdams confessed she was always “intrigued by how excited countries got about their contestans and the support“.

Ferrell, who will play the main role of Lars Erickssong, recalls when in Sweden, back in 1999, he and his family sat down for hours. It ended up with Charlotte Nilsson (a.k.a Perelli) winning the contest for the country he was visiting. “It is so distinctinly European. I was mesmorized by the scale of the performing, the theatrics, the humor involved, the music… and the fact 200 hundred million watch it“, he said.

Fans could also wonder if there could be any cameo by any Eurovision star on it. “When we wrote the script, we wanted to have a moment where we could involve the Eurovision community. We got an amazing response“, Ferrell revealed in advance. Many of them are familiar faces and thanked the producers “for making the movie“, being committed to it. Who will they be?

When Stevens noticed about Netflix approaching him to be part of this, he went on like: “Finally somebody is doing this!“. He actually saw “everything” on it and by any means that does not necessarily include the respective “crazy” and “bizarre” acts Europe gets to watch from time to time, but the chance to have stepped onto the very own and real stage of Eurovision in Tel Aviv, as it started being filmed out there, in location, last year.

Unfortunately, you could not join the party in Rotterdam, and if you were not lucky enough to be part of the extravaganza in Tel Aviv, there is still a chance to enjoy the release of the film together.

ESCplus is bringing you the chance to be onboard during the Netflix Party we are hosting tonight at 21:00 CET, where fans and everyone keen on watching the film will be able to comment live what they think of every scene, every costume, every move, and more accurately, even every camera shot. All you just have to do is following the guidelines below and leave the magic of Eurovision to infect you and start chatting with some other Eurovision fans in real-time, as you all watch it. Eurovision has never been so close this year!.