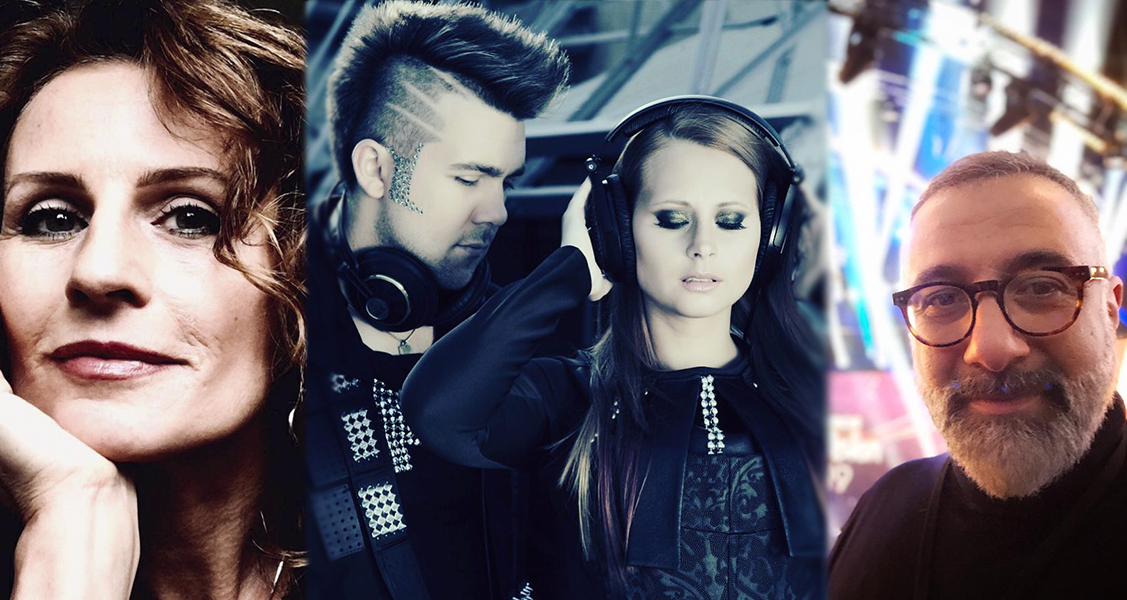 Earlier this week, EBU revealed a change in the rules for the Eurovision Song Contest 2021, lifting the ban of backing vocals (harmonies) from the backing tracks. This hasn’t been taken positively by most of the collectives involved in the competition. Fans, composers and backing vocalists themselves have shared their concerns.

This change comes from the Eurovision Song Contest Reference Group, the Contest’s governing board and was approved by the EBU Television Committee. The Eurovision Song Contest’s new Executive Supervisor, Swedish Martin Österdahl said – In 2013 and 2016, when I was Executive Producer for the Contest at SVT in Sweden, we implemented changes to how the running order of songs is chosen and later the way the voting is presented,” explained Martin. “Both of these adaptions to one of TV’s oldest entertainment formats helped to create a more exciting show for viewers.” That supports the theory of the Eurovision Song Contest following the line of Melodifestivalen, the Swedish national selection show that gathers millions of people in front of the TV every year. In fact, pre-recorded backing vocals have been in the Swedish contest for years, so 2021 will see a new “Swedish rule” step on the European stage.

According to EBU, The rules of the Eurovision Song Contest have been amended to ensure that there WILL be a Eurovision Song Contest on 18, 20 and 22 May 2021, and for many years to come, whatever the global circumstances. So, this is supposed to be a trial, which could become permanent as it’s happened to other experiments – Australia at Eurovision as a guest, voting announcement, running order by show producers… – The idea behind the change is to offer participating broadcasters the possibility to explore new creative ideas, to travel with a smaller delegation for 2021 and reduce the technical burdens on the Host Broadcaster. It also allows songwriters and producers to present their work as close as possible to their original composition and, importantly, ensures the Contest moves with the times., stated the EBU on the official press release. That’s a good idea when it comes to saving money or investing in dancers or other aspects of the show. However, it doesn’t seem to have convinced some of the professionals that have previously experienced the Eurovision Song Contest at its fullest…

professionals involved speak up against it

Alex Panayi has been one of the first to criticise this rule change. The Greek Cypriot singer who represented his country twice in 1995 and 2000 has been highly involved in many Eurovision entries for years as a backing vocalist, composer and vocal director. He said to ESCplus:

I believe it’s a very bad decision that will move the contest even further away from the true artistry of music and singing. I am also devastated because this will definitely cause loss of jobs for extremely talented professionals who depend on their Eurovision jobs yearly. We are moving more and more towards a “plastic” “appearances” based contest, and this saddens me.

If EBU and their new leadership think that this will keep costs down they could have suggested to organizers to advise their accredited hotels not to overcharge for the 2 weeks of Eurovision and this would have saved the budget issue.

I hope this “trial” year can be reversed in 2022 but if we do nothing about it it will not.

I’ve read it and I think it’s dreadful! It may as well be a karaoke contest 🙈 To me, it would cheapen the presentation – removing yet another human component that separates live energy from the sterilised sound of produced BVs. Terrible idea for a live contest 😦

Stated to us Ann Bailey-Simmons, award-winning songwriter, session singer, vox arranger, VOs., artist mentor and one of the backing vocalists that accompanied the second-placed Zlata Ognevich in 2013.

Talking of this change, some composers have already revealed their intentions if they reached Eurovision in the future:

Nah… what’s the point of Eurovision if people aren’t even going to sing live? Well, I’m making a promise here and now. If I ever get to Eurovision as a songwriter again (and at some point, I will), I’ll do what I can to convince the people in charge of its staging that the song should have live backing vocals

🙂 Or at least a combination.

That’s what the Swedish composer Jonas Gladnikoff has stated on his social accounts.

there’s always a good side

Everything has a good side! The implementation of this rule will surely have some positive effects on some aspects of the Eurovision entries. Optional live backing vocals will allow delegations to bring more dancers on stage and spend money on other features for their acts. This will also have more advantages when it comes to countries with a low budget, so they won’t have to opt for withdrawal due to a financial crisis.

Talking to ESCplus, Raay Vovk (Maraaya), who represented Slovenia at Eurovision 2015 after having been backing vocalist the previous year, has shown his support to the last rule change.

It was about time!!!! Without changes like that ESC would never be able to develop! Well done reference group! Finally! This amazing decision is great for creativity on one side and great for optimization in cases of lower budgets of different countries on the other side, allowing composers and producers having full creativity. Probably, prerecorded backing vocals is one of best choices Ebu has ever accepted! We’re in 2020 for heaven’s sake! 🙀🏆🏆🏆

Positive or negative? That’s something we’ll discover with the passing time… At the moment, most of the opinions we’ve seen don’t show much support to the new rule… What do you think about it? Leave us your comments on our social media accounts or right below!