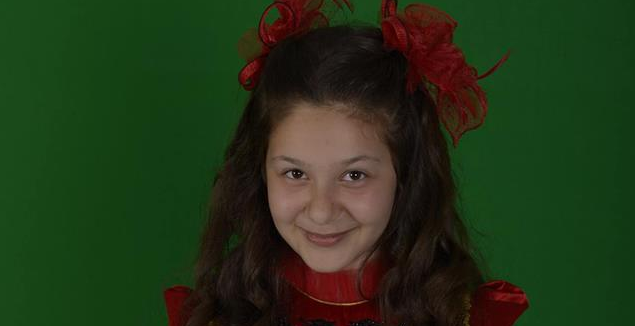 The Junior Eurovision season has just started and now we know the first star who will be flying to Bulgaria on November!

Mishela Rapo has just won the “Festivali 51 i femijeve” and she will represent Albania with the song “Dambaje” written by Adrian Hila (music) and Pandi Laco (lyrics).

Watch her performance at final below:

The winner has been decided by a five-person professional jury, including Juliana Pasha (Eurovision 2010) and Olta Boka (Eurovision 2008), among 14 candidates during a show which has been broadcasted live from Tirana. Other competing songs got special mentions such as Hëna – çapkënia, performed by Dario Zela; and Jeto, performed by Wendi Mancaku and Vanesa Sono. The Albanian representative at Eurovision 2009 Kejsi Tola has performed as guest of the show her song “Carry me in your Dreams”.

Albania will take part at this year’s Junior Eurovision after a two-year absence. The country made its debut at this competition back in 2012 being represented by Igzidora Gjeta and her song “Kam një këngë vetëm për ju” (I have a song for you).

What do you think about the first participant of Junior Eurovision 2015?