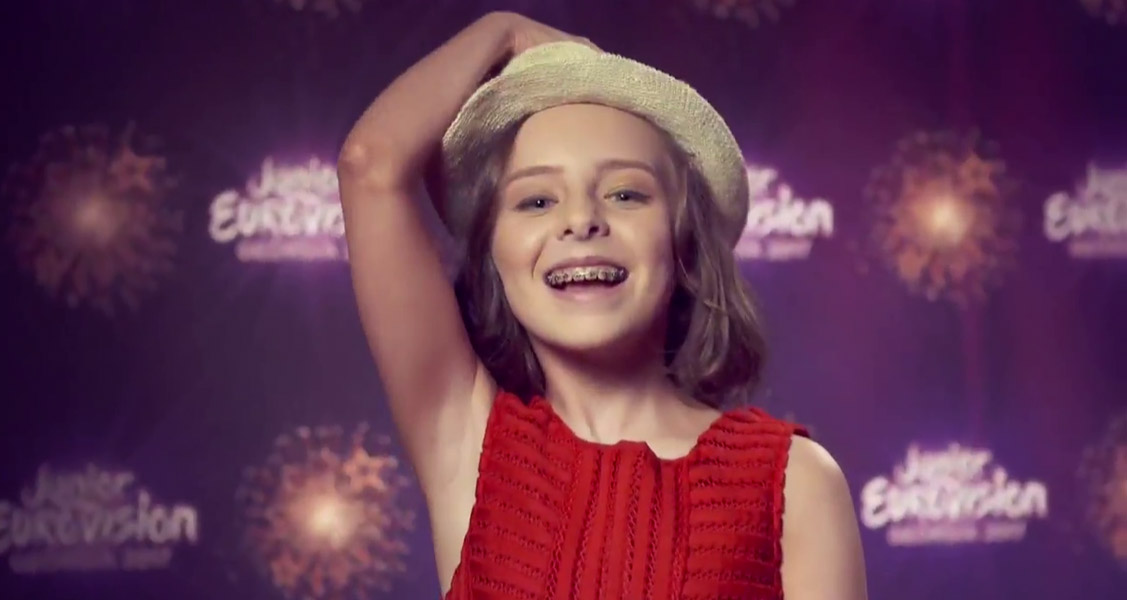 TG4 has just broadcast the last semi-final of the Irish national selection for the Junior Eurovision Song Contest 2017. The show featured eight candidates but only Sinéad Carr with her song “Cén Fáth” went through to the final after a sing-off of against Orla McDermott.

These are the eight entrants that performed at today’s show:

Junior Eurovision Eire 2017 is hosted by Eoghan McDermott, while the resident judges, Fiachna Ó Braonáin, Dustin ‘The Turkey’ and Bláthnaid Treacy, are joined by a guest judge from Ireland’s Eurovision past in each show. The guest judge of the last semi-final was Niamh Kavanagh, who represented the country at Eurovision 1993 and 2010.

The Irish national final will be broadcast next week and it will feature the four semi-final winners and one or two performers that will be given a second chance:

As in previous editions, all shows have been filmed months ago, and they will be broadcast pre-recorded. That means the winner, who was selected by the jury panel, has been already working for months on preparations for the international song contest. The 32 entrants that will be featured on the live shows were selected through live auditions held nationwide. They competed with self-written original songs in the Irish language.