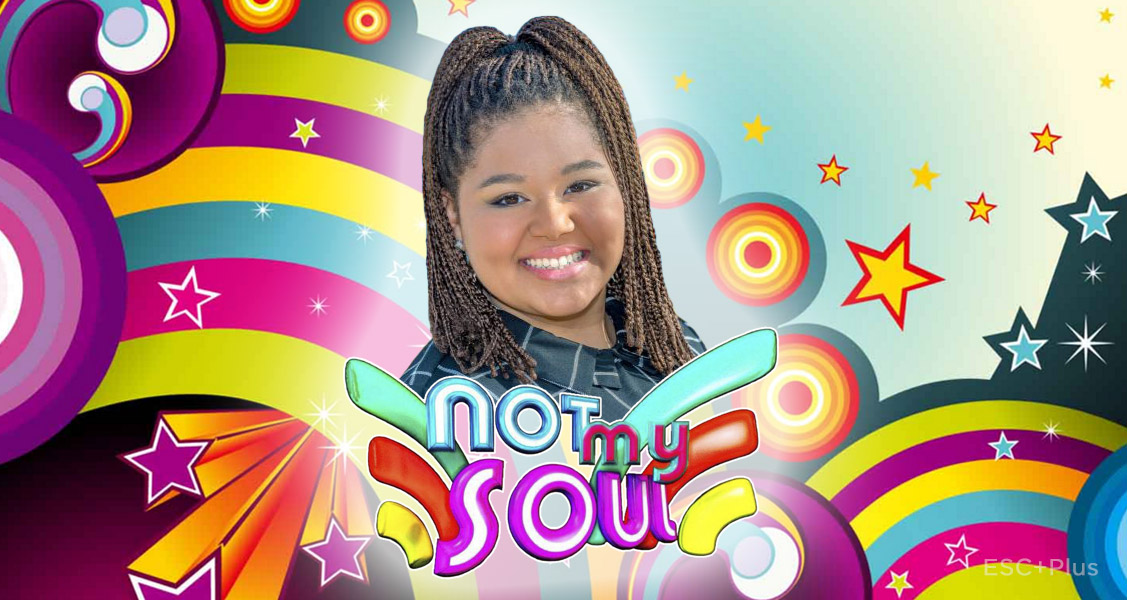 Today, Destiny Chukunyere and her team have released on PBS’s official website the music video and the song that she will be performing on Sofia’s stage at the Junior Eurovision Song Contest 2015. The song is called ”Not My Soul” and it’s an uptempo number that fits Destiny’s voice to the max. She and PBS expect, like the rest broadcasters, to achieve a good outcome for Malta. The composers are no other than Elton Zarb and Matthew ”Muxu” Mercieca, who both also wrote ”The Start”, ”Diamonds” and this year’s Amber Eurovision entry, ”Warrior”. They were alongside helped by Maria Abdilla and Roberta Debono, Destiny’s teachers and Destiny herself.

20 acts faced each other for the ticket to Junior Eurovision last July in the Malta JESC, where jury and televoting accordingly voted for the same person to represent the country: Destiny. Veronica Rotin who featured on 2014 JESC stage came second and Christina Magrin, ranked on third place.

MORE ABOUT THE SINGER!

Destiny is 13 years old and she is currently a student at ‘Our Lady Immaculate School’ in Ħamrun. She has been singing for the past three years and is being tutored by IVA Instructor Maria Abdilla; apart from her passion towards singing, Destiny loves acting too. She has participated in various singing competitions and her talent has always been recognized as she emerged triumphant by winning first places and also winning the overall in others. One of the competitions Destiny took part in was the ‘Singer Stage International Festival’ which included participants from seven different countries. In this competition, Destiny won the best interpretation award and also won the overall Grand Prix.

One of Destiny’s big achievements included her win in the Sanremo Junior Malta where she won the right to represent Malta in Sanremo for the International Grand Finals in the Ariston Theatre in May. There she was accompanied live by the symphonic orchestra of Sanremo under the direction of Mro Ten. Col. Leonardo Lasserra Ingross and under the patronage of Cav. Uff. Paolo Alberti. She competed against different countries but she emerged victorious for Malta by winning the overall Grand Prix of the 5th edition of this competition

Destiny is always on the lookout for a challenge and in September 2014 she had the opporunity to participate in the Konkors Kanzunetta Indipendenza Junior with her first original track ‘Festa T’Ilwien’ which is written by Emil Calleja Bayliss to Mark Spiteri Lucas’ composition. This also happened to be the first time Destiny was singing a song in Maltese and she managed to achieve third place in this prestigious song festival, quite a feat for the young performer. Later on, Destiny also managed to win the ‘Singer of the Year’ in a competition organized by ErSeb Productions and by virtue of winning the competition she won the right to represent Malta in FYR of Macedonia in October of 2014. Her participation in the ‘Asterix Original Song Festival’ was another success as she emerged victorious with her original entry ‘Live & Let Live’, once again penned by Emil Calleja Bayliss and composed by Mark Spiteri Lucas. The festival itself is well known in Eastern Europe as many know it as the Junior Eurovision of the East, in fact there were fifteen countries competing.

After this experience, another opportunity came knocking on Destiny’s door when she auditioned for ‘Next Generation’ on Sky Italia, after passing the audition stage, Destiny went on to compete in the finals where she managed yet another victory. Thanks to this she had the opportunity to sing in a big concert in Verona.

Representing Malta in the Junior Eurovision has always been something Destiny aspired and wished to do. In July, she was amongst one of the twenty finalists in the Malta Junior Eurovision; once again she managed to triumph amongst some of Malta’s best talents and thus winning the right to represent Malta in the 2015 edition of the Junior Eurovision Song Contest in Bulgaria. Destiny keeps on thriving to better herself and she is well focused on her career. She has a number of upcoming events planned both locally and also beyond our shores. Her outgoing, bubbly and kind hearted and determined character helps her in many ways. Her dream is to continue improving within her area of expertise and hopes that one day she becomes a great music artist.

The piano has always been an instrument which fascinates Destiny and in fact she is looking forward in starting lessons in the near future because she knows that this will help her further her music knowledge. For her young age, Destiny is very mature and knows that in order for one to succeed in this industry one needs to sacrifice a lot, work hard and always strive in being better whilst staying firmly grounded which can easily be considered her life motto.

As being told a few lines before, Destiny’s vocal coach is Maria Abdilla, an IVA instructor. She has done backing vocals in the Malta Eurovision Song Contest in the past for Annalise Ellul (Whoop it Up) and Corazon (Secretly). Destiny also has a stage coach Roberta Debono who apart from teaching drama is also an actress on local television in Malta.

How much do you like Destiny’s song for Sofia? Stay tuned for further details on the Maltese participation at the Junior Eurovision Song Contest in Sofia!