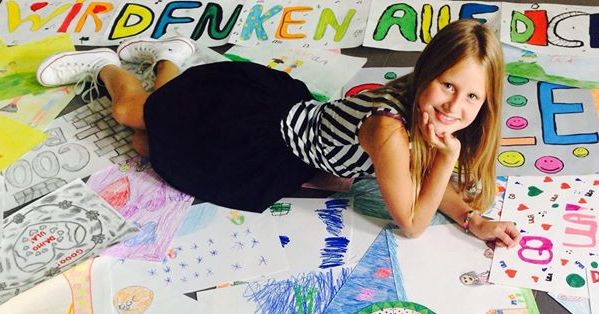 The Slovenian song for Junior Eurovision 2014 has just been presented! Listen to “Nisi sam”

Slovenia will take part at Junior Eurovision for the first time in Malta. 12-year-old Ula Ložar will perform the song “Nisi sam” (You’re not alone) whose English version has been written under the name of “Your Light”. It is written by Ula herself and Raay, who was also in charge of the Slovenian entry at Eurovision 2014, and Marjetka Vovk, while the lyrics were written by Erika Mager, Lucienne Lonchina and Raay.

Song and video have been presented during a special programme broadcasted on the first national channel. Tinkara Kovač (Eurovision 2014), Nuška Drašček, Marjetka Vovk (Ula’s coach and singer) and Nejc Šmit have been guests of the show.

Tinkara Kovač has been in the show supporting Ula and together have performed the Eurovision 2014 entr “Round and Round”:

RTVSLO has also showed the moment when Ula is told the new she will represent Slovenia at Junior Eurovision 2014.

What do you think about the Slovenian entry?