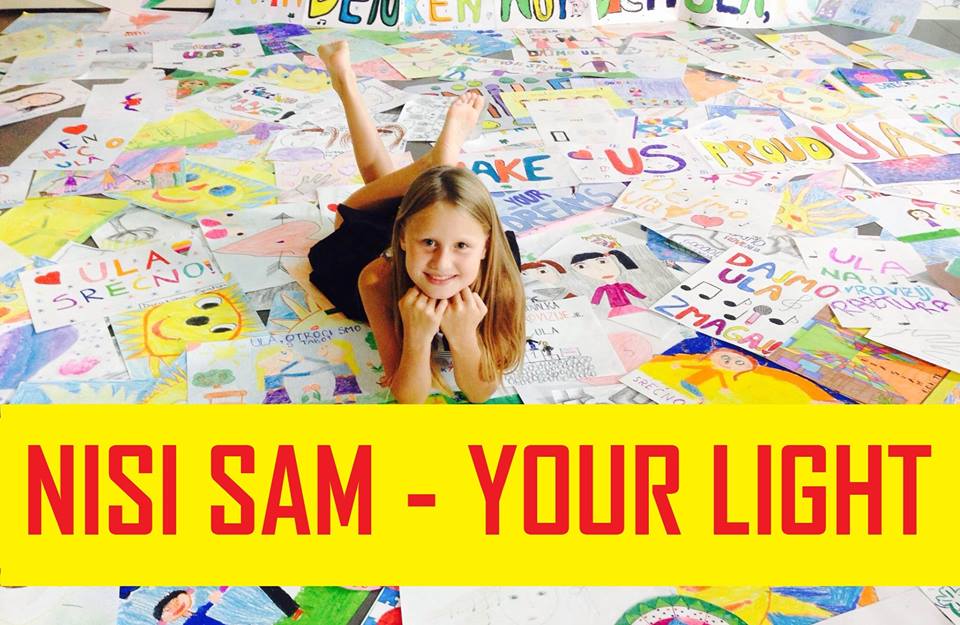 UPDATE: LISTEN TO THE SONG HERE.

RTVSLO has just revealed the name of the song Ula Ložar will be performing in Malta! It is called “Niši sam” which means “You’ re not Alone” in English, the English version will be called “Your Light”.

The song will be presented tomorrow during a special programme to be broadcasted at 17.20 CET on the first national channel. The show will have some special guests: Tinkara Kovač (Eurovision 2014), Nuška Drašček, Marjetka Vovk (Ula’s coach and singer) and Nejc Šmit.

During the show, Ula will present her song as well as the official videoclip. Ula has collaborated with composers and producers whose names will be revealed tomorrow (despite some rumours point out Raay – Eurovision 2014).

Shooting of the videoclip:

This is the first Slovenian entry at Junior Eurovision!

7 thoughts on “Junior Eurovision: Slovenian entry to be called “Niši Sam” (Your Light)”