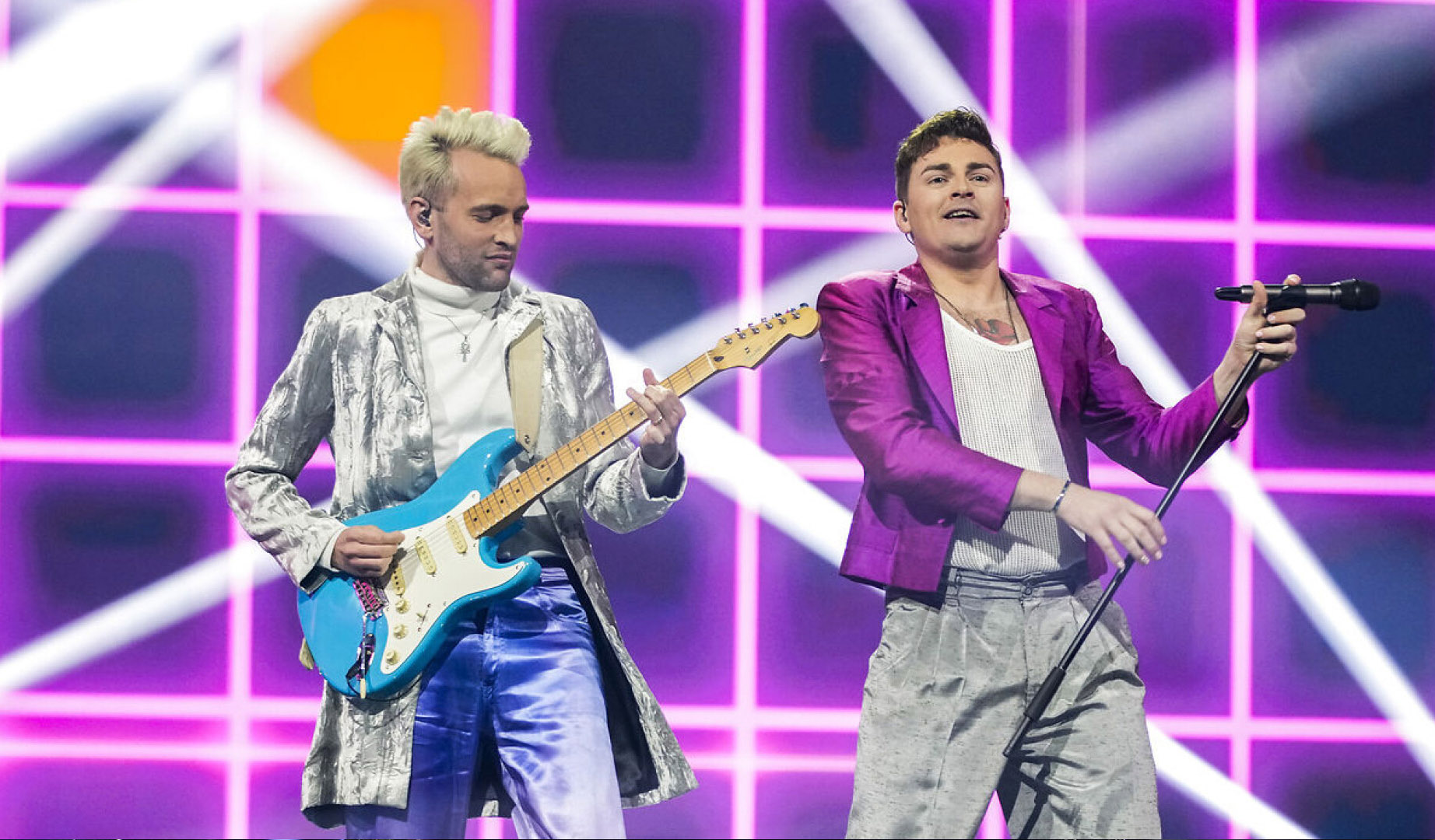 Through one and only TV show, injured once again by the lack of audience and the noticeable smaller size of its venue, Dansk Melodi Grand Prix 2021 was once again used to select the Danish Eurovision entry.

The wait is also over in Denmark. Danmarks Radio (DR) has just concluded with the final of its annual music competition Dansk Melodi Grand Prix (DMGP). The 51st running of the contest crowned the duo Fyr & Flame as the winning act, which will perform for the country at the second half of the Second Semifinal of the 2021 Eurovision Song Contest on May 20th. The song set to be flying the Danish colors is called ‘Øve os på hinanden’, which will be performed entirely in Danish language, for the first time since 1997.

From an empty DR Byen’s Studio 5 in Copenhagen, with Martin Brygmann and Tina Müller as the TV hosts, two different voting rounds were introduced during tonight’s gala to trust on the entire say of the viewers for the eventual and ultimate results. The first breakdown saw all eight competing entries narrowed down to three. Then, all of them had to face another voting period in order to earn the audience favor. In the end, only one could result as the winner.

A full line-up of DMGP newcomers were presented to the Danish public tonight:

For the second year in-a-row, and apart from the traditional casting SMS voting procedure, DR let the Danish public vote through the DMGP official app, which was again tested during last week’s MGPJr, which in the past served as the Danish Junior Eurovision national final.

Some controversy has this time gone over DR’s heads due to the questionable quality of the competing entries; leaving out a jury in order to decide the final outcome; as well as facing the rage of the Eurovision fans, through social media platforms, who sent in their complaints after the broadcaster rejected former 2020 winners Ben & Tan and his latest single ‘Iron Heart’, as one of the competing entries this year. The cute duo, made up by Benjamin Rosenbohm and Tanne Balcells, topped the charts in neighbouring Sweden with their 2020 ESC song ‘YES’, were left apart from the final line-up.

In former times, the Danish national final for Eurovision had been considered as a referent and a great example of what’s in it to put up a great show with a wide variety of entries and genres, showcasing different styles which could represent the Danish music scene. Since Danmarks Radio hosted Eurovision 2014 in B&W Hallerne, in Copenhagen, and the stratospheric expenses the city council had to deal with, the country seems to have been struggling on picking a solid and convincing entry for Europe’s favorite TV show. Despite this fact, the production quality is still an obvious trademark they still get to accomplish every single year.

On the other hand, the Danish public broadcaster was fully and deservedly praised after approaching a virtual audience for tonight’s show. No physical audience was once again allowed or welcome into the hall, due to COVID-19 pandemic and its threat. In 2020, the competition was the first major event to prescind on the 10.000 people who could have filled Royal Arena in Copenhagen.

How much do you trust Denmark’s chances at Eurovision 2021? Do you seem them taking a spot in the Grand Final on May 22nd? Tell us what you think!