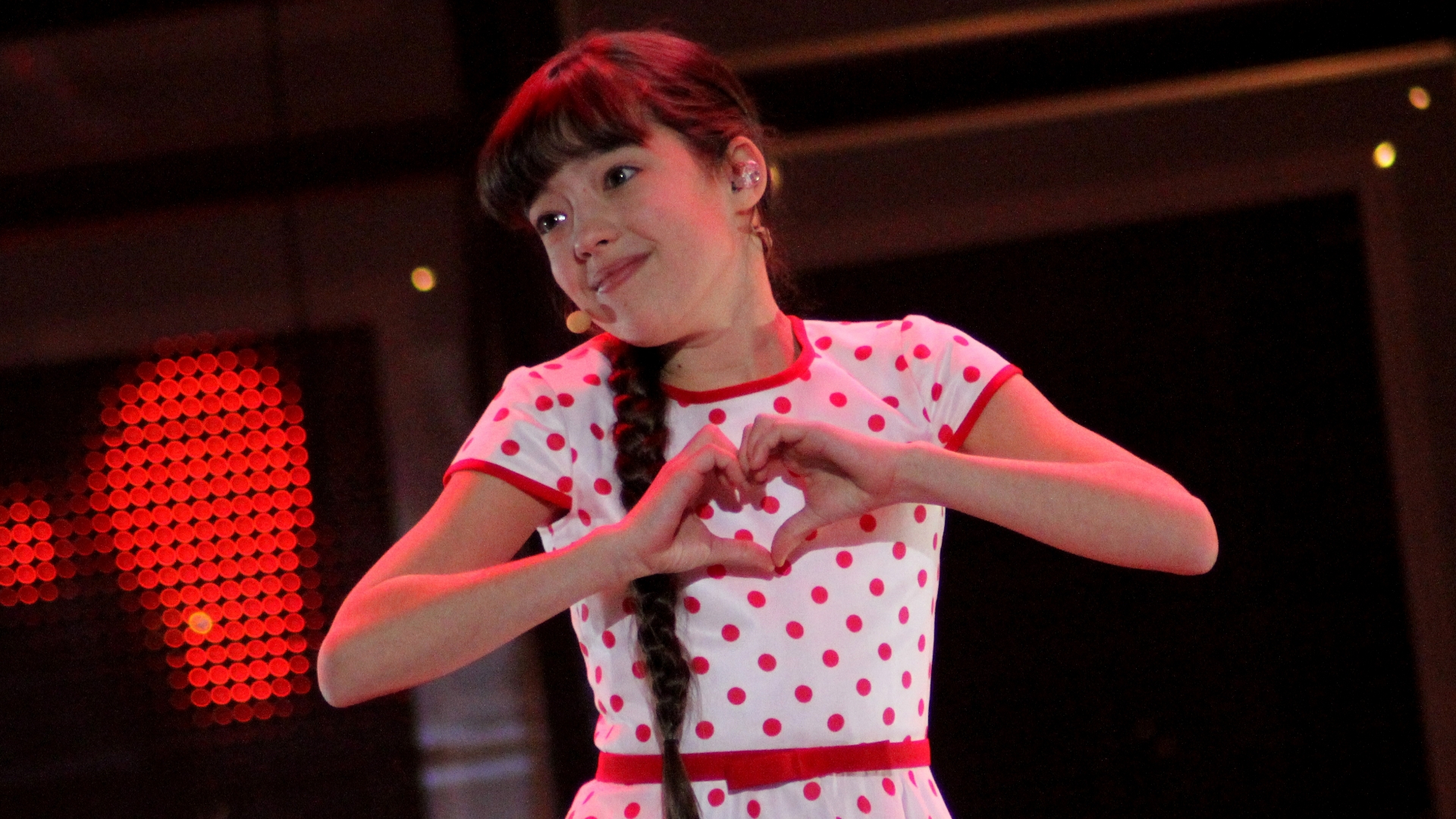 Femke Verschueren represented Belgium at the 2011 Junior Eurovision Song Contest performing “Een Kusje Meer” and to celebrate the 10th anniversary of her participation in the contest this December 3, she has decided to perform a new version of her song:

Her song for Junior Eurovision 2011, “Een Kusje Meer” (One More kiss in English) was composed by the singer herself alongside with Peter Gillis, Vincent Goeminne. At the contest held on Saturday, December 3rd in 2011, the artist finished in 7th place out of a total of 13 countries with 64 points.

Junior Eurovision 2011 was held in the Karen Demirchyan Sports and Concerts Complex, in Armenia’s capital Yerevan. It was the first EBU event organized in the country. The seventh position reached by Femke was the fourth best result for Belgium at the competition, the same position as in 2006 and 2010. Belgium achieved better results only in 2009 (4th position), 2012 (5th place and the country’s last participation for now) and 2003 (6th position).

Femke Verschueren was born on May 8, 2000 in Morkhoven, a little community in the province of Antwerp, in Belgium. Her participation in the Belgian national preselection for Junior Eurovision came a year after his sister Ymke tried to represent the country in 2010. Although her sister did not manage to win the national final to represent Belgium, Femke liked so much how her sister enjoyed the experience and she decided to enroll in 2011, managing to win the ticket to represent Belgium in the 2011 edition of the European event.

Years after her participation in Junior Eurovision, Femke released in 2016 a new song in Dutch entitled “Vrij en Ik wacht” (Free and I’m waiting in English). She also worked with her sister to launch a French version called “Jusqu’à la fin” (Until The End in English).

This year 2021, Femke started a new career as an actress playing Elke Gevaert in the TV series Lisa, on the Belgian channel VTM. In it, her character composes the song “Hoe ken jij mij?” (How Do You Know Me? in English), which she then released as another of her singles.

She currently combines her work as an actress and singer with her studies at the University of Antwerp, where she is studying a Degree in Mathematics.

Belgium was one of the founding countries of the Junior Eurovision Song Contest. The country debuted in the very first edition of the contest in 2003 and competed in the first 10 editions until 2012, their last participation to date.

Despite never having won the children’s competition, Belgium hosted the 2005 Junior Eurovision Song Contest in the city of Hasselt, in a co-production between the two broadcasters VRT and RTBF. In 2007 RTBF decided not to continue in the contest and since then, VRT was full in charge on the Belgian entries until they also withdrew in 2013.

Belgium’s best result in Junior Eurovision was a fourth place obtained by Laura and her song “Zo Verliefd (Yodelo)” in 2009. The second best result came the year of their last participation, where Fabian finished in fifth place with “Abracadabra” in 2012. The third best position was the sixth place on their debut in 2003 with the band X!NK singing “De Vriendschapsband”. Belgian worst result was a 15th position out of 17 in 2007, with the band Trust and the song “Anders”. It is followed by an 11th position in 2008 and a 10th place in both 2004 and 2005.