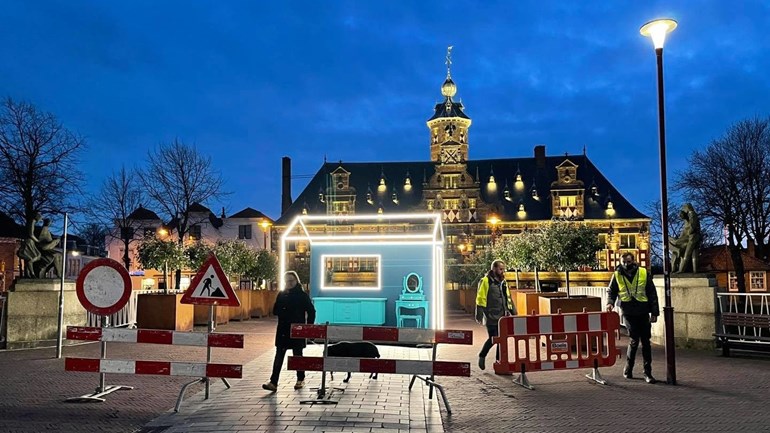 The past weeks the 39 videos that introduce every competing artist and country have been recorded, also known as the “postcards”. 2021’s Eurovision postcard are about the feeling of being together again, and sharing moments together, because we have not been able to do so for such a long time already.

During the Eurovision Song Contest 2021 every competing artist is being presented to the audience with videos that have been partially recorded in the home country of the artist combined with visuals from the Netherlands. The framework of these videos is a Tiny House, the place we have been the most during the last year. This house has been placed in 39 unique places in the Netherlands. From some of the competing countries it is already known in which place their artist is going to be presented, for example: The Australian artist Montaigne is presented in the football arena “Het Kasteel” in Rotterdam, because Montaigne is a football fan, and the Ukranian group Go_A is going to be presented on the Veluwe, because of their love for nature. The Dutch postcard is recorded on the Caribbean island of Curaçao.