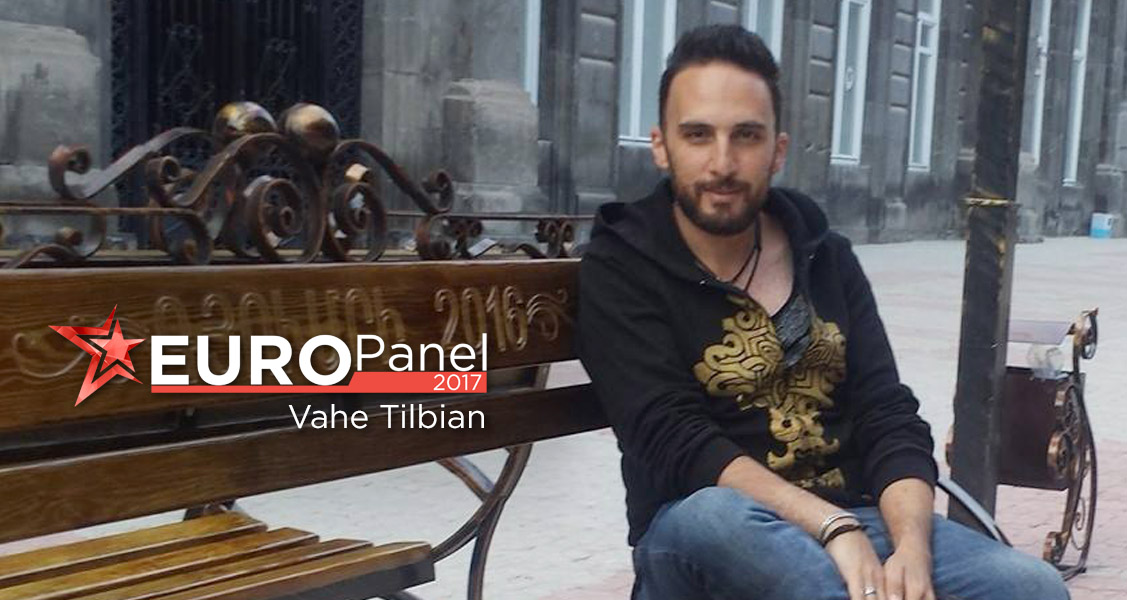 Today we bring you the votes of our expert panel member Vahe Tilbian from Armenia.

Vahe Tilbian is an Ethiopian Armenian singer. As a solo artist, he released his debut solo album Mixology in 2012. He was part of the pan-Armenian music formation Genealogy who represented Armenia in Eurovision Song Contest 2015 with the song “Face the Shadow”

Vahe heard the call of the stage as a singer later in life after he graduated from University of British Columbia in Vancouver, Canada studying Biology and earning a BSc degree in General Science. Vahe has always been involved in dancing and being a professional International Style Latin American ballroom dancer was the co-creator and choreographer of a Salsa group in Ethiopia.

Vahe decided to diversify his genre and repertoire joining a salsa band called Eshee Havana and worked on original remixes of Ethiopian songs into salsa music. In 2011 he made the final auditions to the Big Brother Africa show.

Vahe wrote the lyrics to his first song called “Life or Something Like it” and Michael Hailu put the melody together and they recorded it in 2010. This gave him the enthusiasm and courage to write more lyrics and create songs. Vahe’s single “Don’t Stop” was nominated for an Armenian Pulse Music Award for the best song in English by an Armenian artist in 2012. The song won the 3rd place by online voting.

In November 2012 Vahe finished his album titled Mixology and released it for free.

In May 2013, Vahe released a music video for the song “Yene Tizita”, meaning nostalgia or memories, directed and produced by Aramazt Kalayjian and Mulugeta Amaru. This was a new rendition of the old Ethiopian song form.

In February 2015 Vahe was announced as a member of the Armenian music group Genealogy. Along with other members of the group he represented Armenia in the Eurovision Song Contest 2015. He became a resident of Armenian along with the other foreign members of Genealogy on 28 April 2015.

Currently Vahe works both in Armenia and Ethiopia. His latest Armenian single Mot u Heru Im Hayastan (Near and Far My Armenia) won a Van Music Award in April 2017.