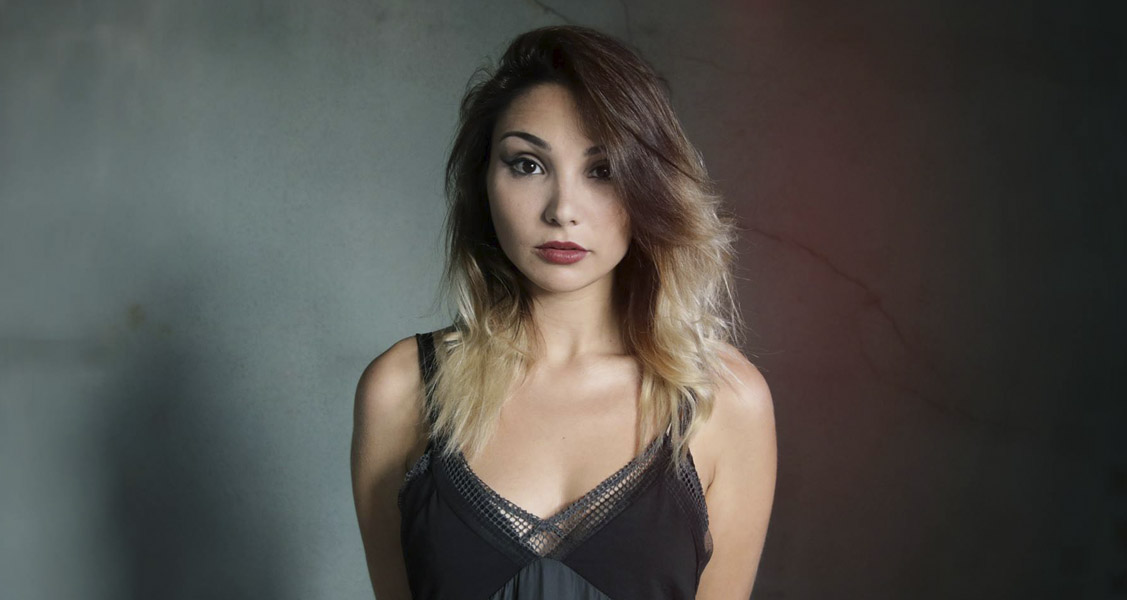 Eurovision 2018 host country Portugal has just chosen the act that will represent them at home: Cláudia Pascoal will fly the Portuguese colours at Eurovision 2018 with the song O Jardim 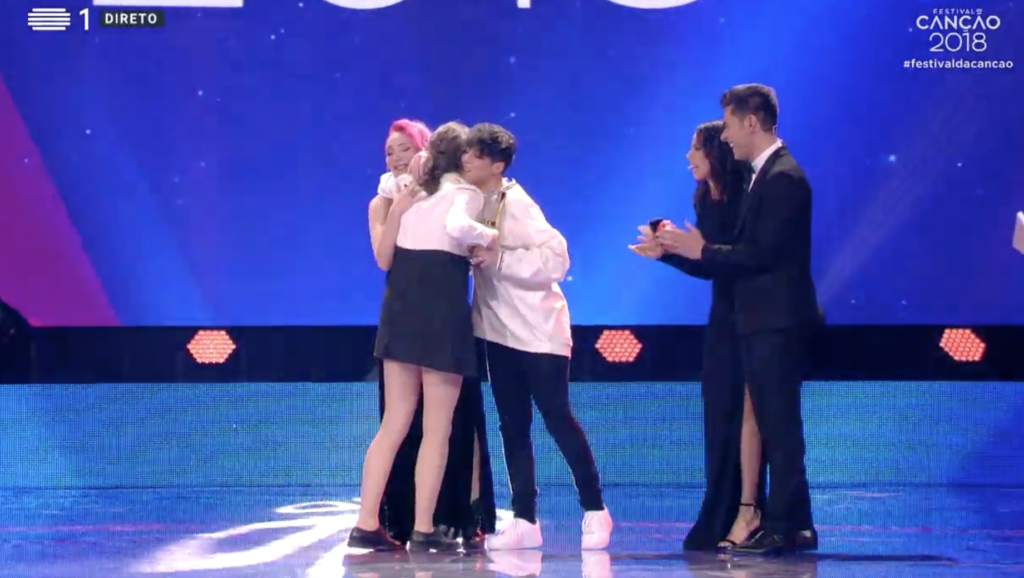 The grand final of this year’s Festival Da Canção has just been broadcast in Portugal live from Multiusos Arena in Guimarães. Tonight, 14 acts which had previously qualified from two previous semi-finals performed at the show with the aim to sing at this year’s Eurovision Song Contest in Portugal and being the home-soil act at the finals on May 12th. One of this year’s ESC hosts Filomena Cautela alongside Pedro Fernandes had the honour of presenting the event to the Portuguese viewers.

The winning contender has resulted to be Cláudia Pascoal with the track “O Jardim”, take a look at tonight’s performance below!

These were the 14 performances which were shown on stage: 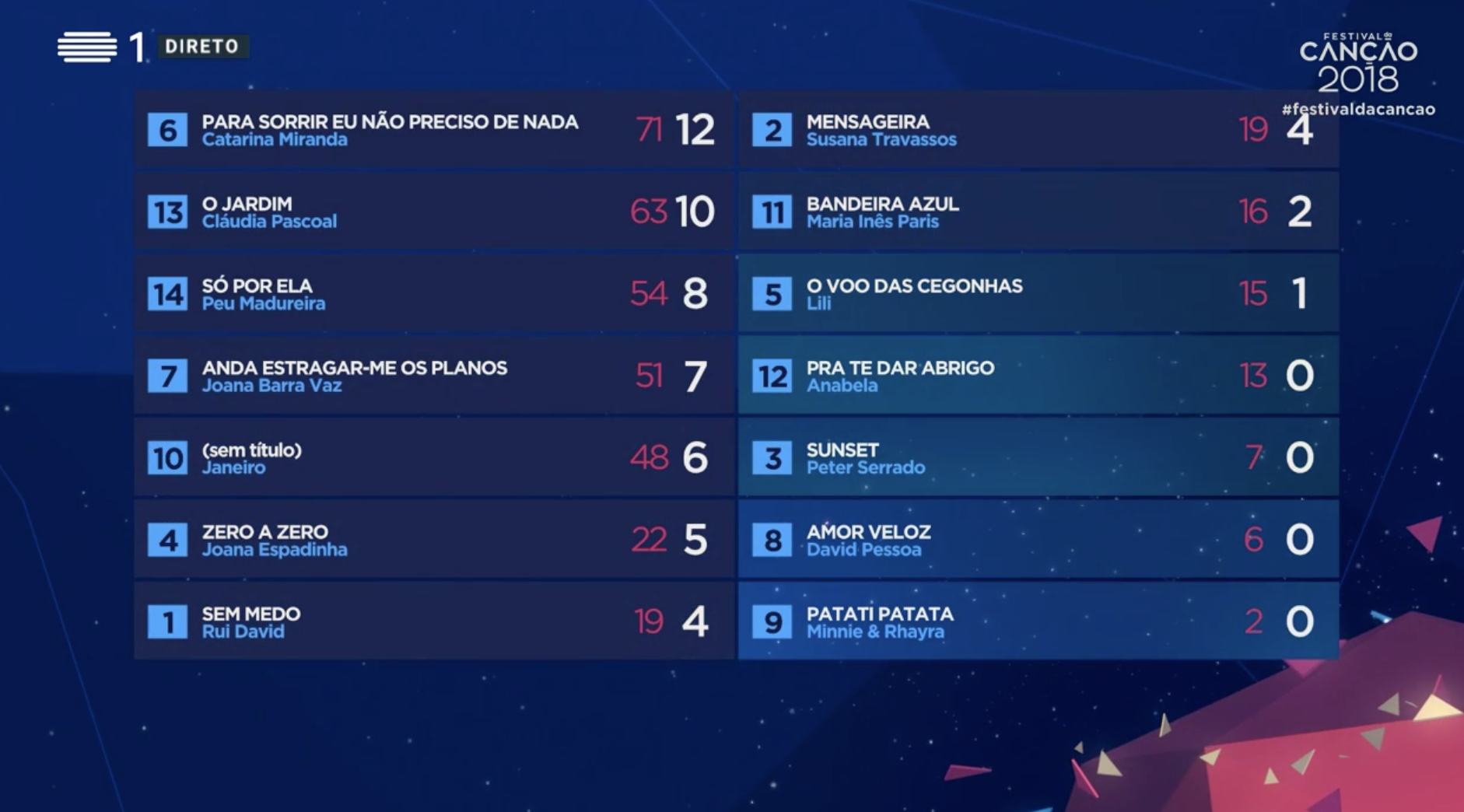 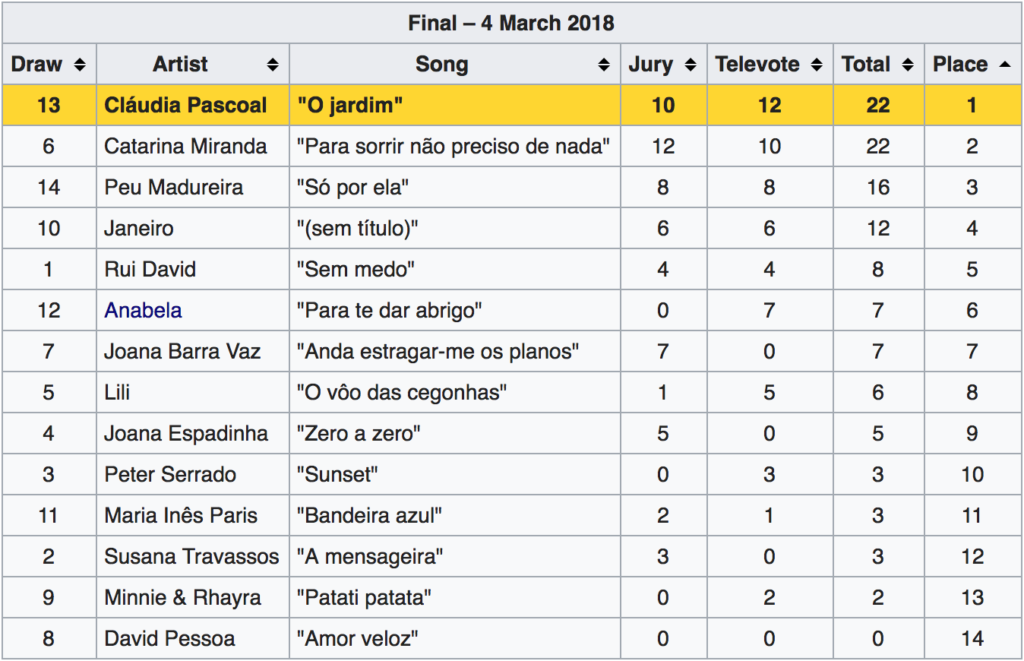 The winner of Festival Da Canção 2018 was decided by the 50/50 combination of the votes from the televote and a regional jury vote which consisted on the voting of 7 administrative regions: Northern, Central, Lisbon and Tagus Valley, Alentejo, Algarve, Azores and Madeira. Each region comprised three local jury members approached by RTP.

During the Semi-Final Allocation Draw in January, Portugal was allocated to having its right to broadcast and vote at the first semifinal on May 8th.

Will tonight’s winner get to follow in Salvador Sobral’s as a winner of the contest again? Could be see the contest staying in Portugal for 2019?

Stay tuned for upcoming details regarding the preparations of the Portuguese home-soil entry at this year’s contest!