The semi-final allocation draw has just taken place live from the Column Hall of Kyiv’s City State Administration revealing us in which semi-final will perform each country. The ceremony has also featured the traditional insignia exchange between Eva-Louise Erlandsson Slorach, President of Stockholm’s City Council and Kyiv City Mayor Vitaliy Klychko. The ceremony was hosted by ESC commentator and JESC 2009 and 2013 presenter, Timur Miroshnychenko.

The 37 Semi-Finalists were previously allocated into 6 pots, based on historical voting patterns as calculated by the contest’s official televoting partner Digame. Drawing from different pots helps to reduce the chance of so-called neighbour voting and increases suspense in the Semi-Finals.

You can find the results of the draw below: 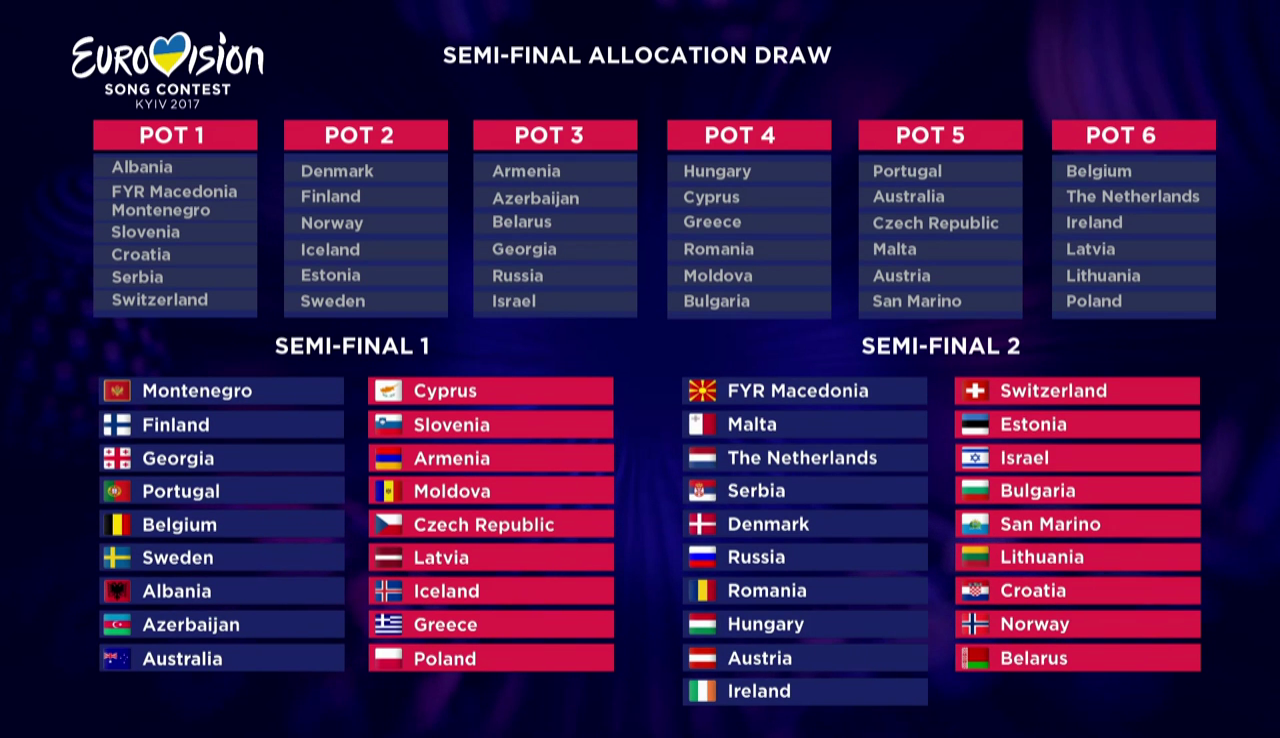 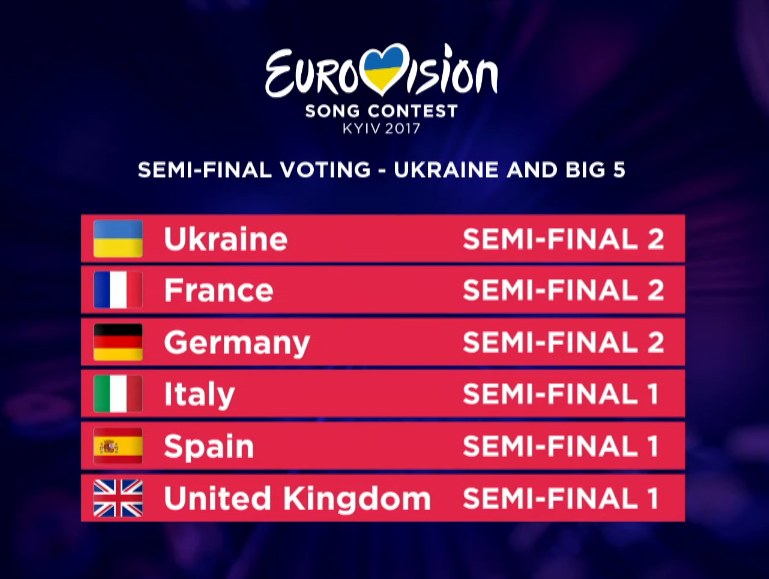 The first part of the draw determined which of the six pre-qualified countries (France, Germany, Italy, Spain, the United Kingdom and host country Ukraine) will broadcast and vote in which Semi-Final. The First Semi-Final will have 18 participants while the Second one will have 19. The second draw decided in which half of the respective Semi-Finals each country will perform, as the exact running order will be determined by the producers of the show at a later date.

You can watch the allocation draw again below: