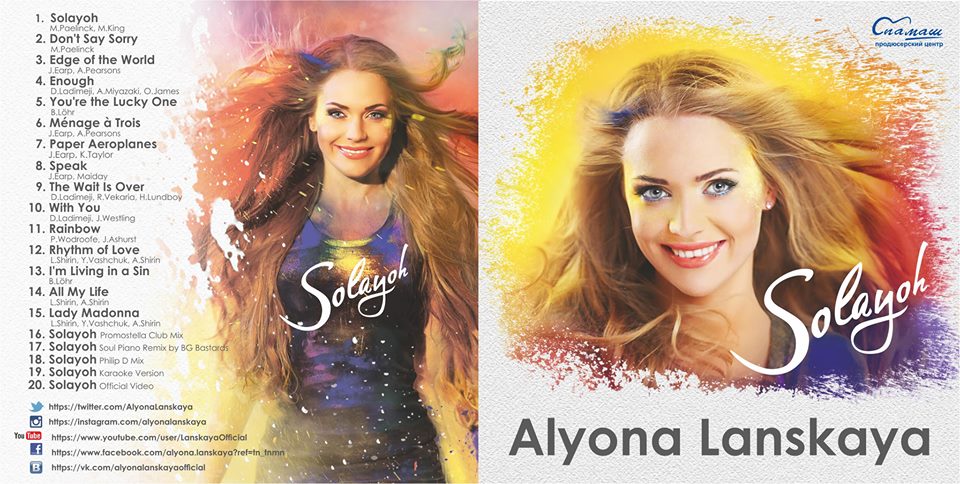 The Belarussian representative at the 2013 Eurovision Song Contest, Alyona Lanskaya has today released a new album, named after her Eurovision entry ”Solayoh”.

The album consists of 20 tracks including 3 remixes of ”Solayoh”, the karaoke version and the official video, as well as the two entries she won the Belarussian national selection Eurofest with in 2012 and 2013, ”All My Life” and “Rhytm of Love”. Alyona has been working with songwriters and composers from all over the world for the album.

Solayoh has been recorded in two very famous studios; Abbey Road Studios in London, where artists such as the Beatles, Cliff Richard and Lady Gaga has previously recorded material and Mono Music Studios in Sweden which was established by former ABBA member Benny Andersson.