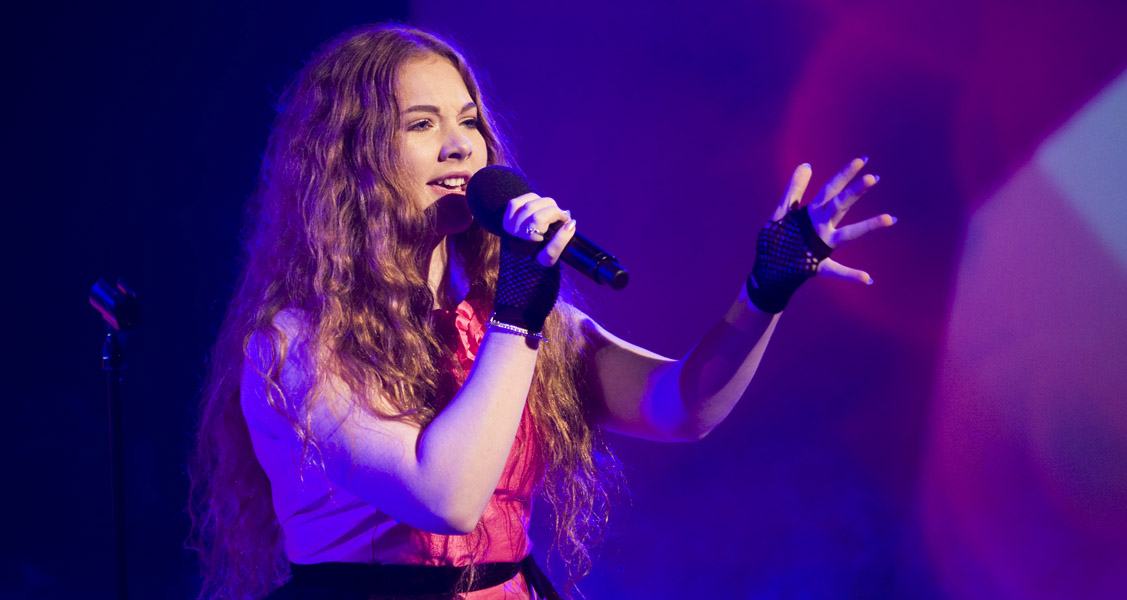 After five exciting weeks, we have finally found out who will be waving the Irish flag at Junior Eurovision 2016. 14-year old Zena Donelly won the right to represent her homeland in Valletta (Malta) during the recording of the TV project that took place in September. 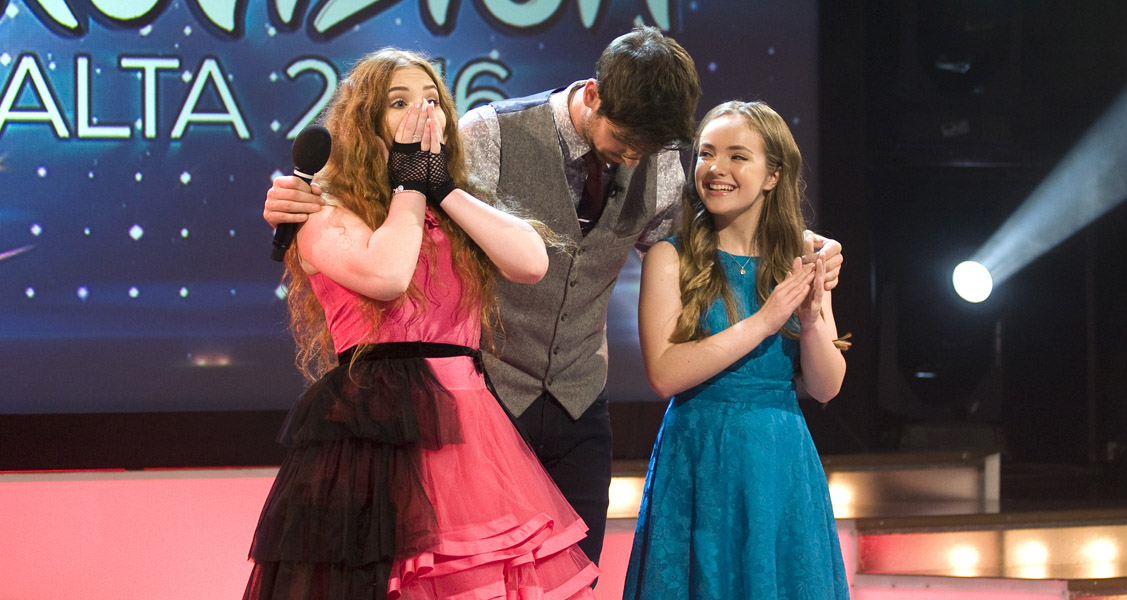 Zena Donelly and runner-up Amy McGrath during the winner announcement

Zena Donnelly will sing the song “Bríce Ar Bhríce” on November 20 after having finished runner-up at the last year’s Irish selection, won by Aimee Banks:

As last year, the winner and Irish representative for Junior Eurovision has been selected by a panel of experts made up of Fiachna Ó Braonáin and Pauline Avalon joined by Linda Martin, Eurovision 1992 representative, as guest judge.

Zena recently turned 14 and despite her young age has already achieved great acclaim for her acting, singing and songwriting.

Unsurprisingly, coming from a very musical background, she was discovered in 2009 at the age of just 7 by The Late Late Show on RTE in nationwide auditions and a subsequent solo performance on the show’s Toy Show ensued.

Since then, Zena has gone on to perform at Voice In A Million in Wembley Arena, the UN World Peace Party and a solo at the Queen’s Diamond Jubilee Royal Gala Performance, not to mention an impromptu performance with the late Whitney Houston in Dublin’s 3Arena.

Now attending school at Coláiste Íosagain, and the RIAM for piano and musicianship, as well as ITW for speech and drama, she has won RTE’s Nationwide TV Talent Competition ‘Show Off or Get Off’, performed for Music Inc., played the lead role in ANNIE The Musical at the National Concert Hall and Mowgli in the Jungle King.

Returning again to Wembley Arena in 2015, she debuted at the Queen Elizabeth Hall and performed as a special young guest at the Cheerios Childline Concert in the 3Arena alongside other artists including Olly Murs, Jedward, Boyzone and Mc Busted.

Branching out from music Zena has started to be cast in films such as The Food Guide To Love, Céad Ghrá, Cuckoo, Dance Emergency and A Christmas Star, where she also sings among others, the music soundtrack ‘We Can Shine’. More recently she has been cast in the role of ‘Maggie Colgan’ in the theatre production ‘Before Monsters Were Made’, and awarded the lead role in a new TV Drama series, Spooky Stakeout currently airing on RTE TV. Another recent credit is as a presenter for Smyth’s Toystores web show online.

Not to lose sight of her music, Zena also began writing her own songs, in English and Irish, which she submitted to the Irish national selection. This year, she has been lucky enough to reach Junior Eurovision after finishing 2nd at the last year’s selection behind Aimee Banks. Her last year’s song was a ballad called “I d’Aonair”.

What do you think about the Irish choice for Junior Eurovision 2016?