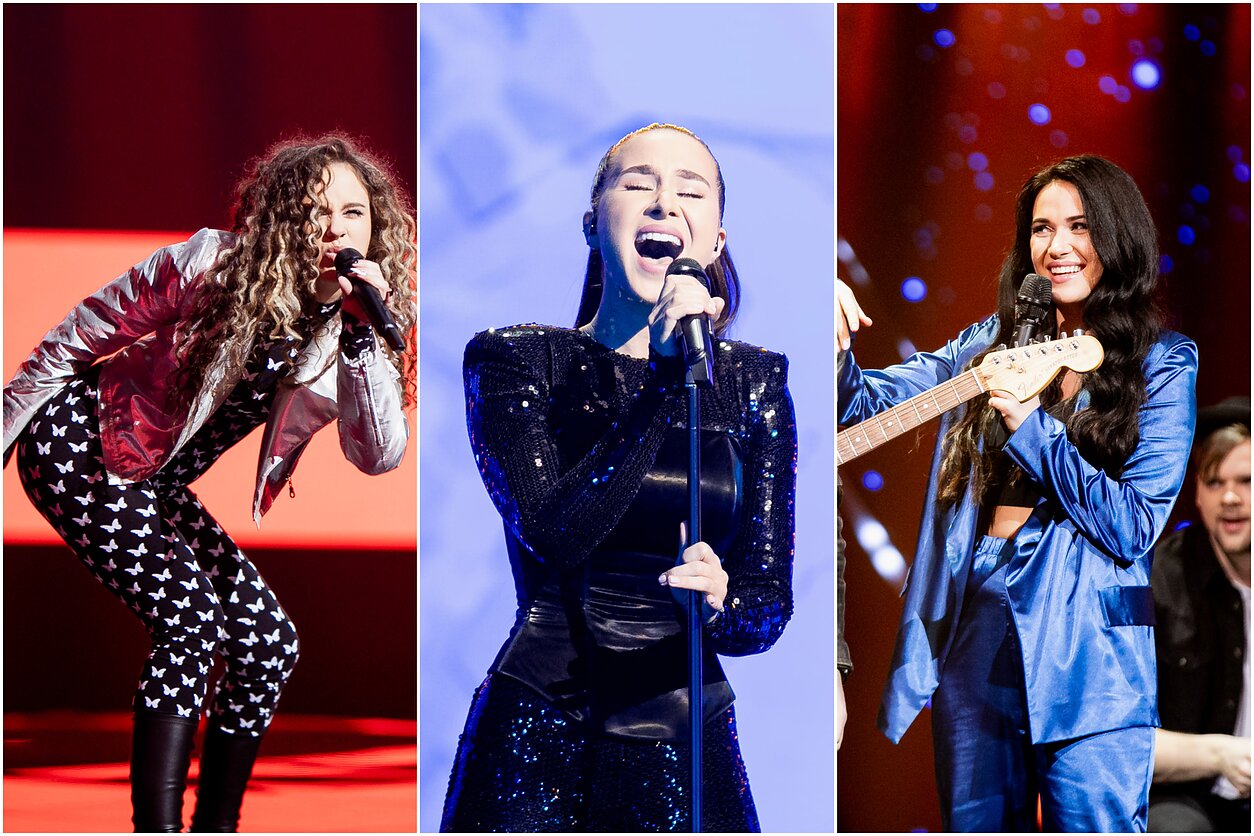 Today Lithuania will kick off their national selection, the second edition under the new slogan: Pabandom Iš Naujo (tr. as ‘Let’s try again’)! Ten acts will battle it out to get one of the first five tickets available for the semi-final at tonight’s show. Like in previous years, this heat was recorded earlier this week, on Tuesday, at an LRT’s studio in Vilnius. This time, however, due to COVID-19 restrictions, there was no audience present at the screening.

All three hosts have no previous experience with conducting the country’s Eurovision preliminary stages, as actor Vytautas Rumšas, singer Ieva Stasiulevičiūtė and Eurovision alum Vaidas Baumila, who took to Vienna’s stage in 2015 along with pop icon Monika Linkytė, will be in charge of guiding viewers through the 1-hour-and-40-minute-show.

As usual, the results throughout the entire selection will be decided in equal parts by an expert jury and the viewers at home. The money earned from the televoters, 51 euro cents per each individual vote, will be destined to funding the winner’s performance in Rotterdam.

This year, LRT has decided to form a rotating jury as four of its members will change in each of the four shows, accompanied by chairman Ramūnas Zilnys. This week, the rotating members are the instrumentalist and InCulto member Jievaras Jasinskis, songwriter Vytautas Bikus, singer-songwriter Ieva Narkutė (better known as Jieva) and former Eurovision representative Aistė Smilgevičiūtė.

It is worth noting that, reverting the change introduced last year, the jury will give feedback on each performance individually right after they’re shown on TV.

Here is the order in which all entries will perform!

1 The song was submitted to LRT under the title F**k You Very Much, however, it appears to have since changed to comply with Eurovision rules.

At today’s show, the pop duo that performs under the name Beissoul and Einius will feature as special guests and perform two of their hits, Don’t Wanna Live My Life and A Song to Live, after Martyna’s performance.

The show will be broadcast tonight from 20:00 CET on LRT HD! We will provide a live stream for international viewers, alongside Norway’s selection taking place at the same time, on live.esc-plus.com.