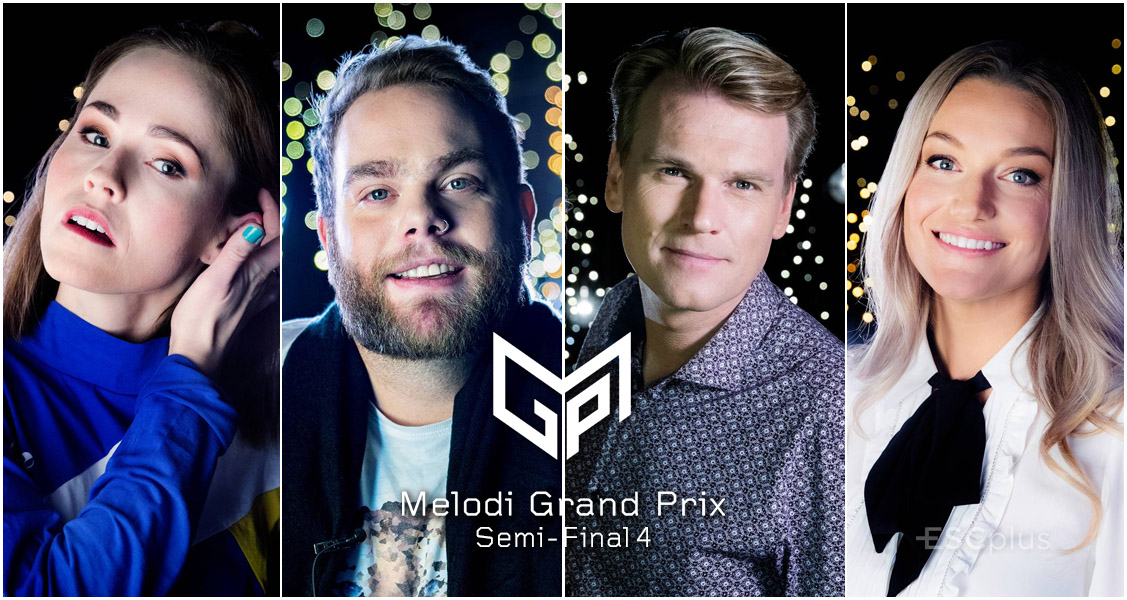 There are 5 artists pre-qualified for the Grand Final as chosen by a jury led by Stig Karlsen. For the remaining hopefuls, Melodi Grand Prix 2020 will consist of 5 semi-finals before the national final, one for each region of Norway (North, Central, West, South, East). The 2020 competition will not include a European jury. The winner of MGP 2020 will be strictly in the hands of the Norwegian viewers. The previous tickets to the final awarded through this method were awarded to Raylee, Rein Alexander and Kristin Husøy.

Hege Bjerkreim (28) creates dream-like, honest and soulful pop music, her songs are wrapped in a colorful blanket of synthesizers, guitars, string instruments and beats. Her lyrics come from the heart and are about body pressure, anxiety, the grief of what is lost in life as well as the joy of what lies ahead of us.  The song she will be performing at Melodi Grand Prix is about how an eating disorder ultimately controls your life.

Magnus Bokn: “Over The Sea”

Big name writers much? Magnus has teamed up with Eurovision legend Alexander Rybak and songwriter/producer JOWST who is also very well-known for the ESC audience.

Magnus attracted a large audience through his participation in Norwegian “Idol” in 2011 and 2013. In 2017, he joined “The Voice” where he impressed through several rounds. His audition song “Girls Just Want To Have Fun” achieved over 3,500,000 streams on Spotify and Youtube.

Oda Loves You: “Love Who We Love”

Oda Evjen Gjøvåg, moved to the pop metropolis of Los Angeles at the age of 19. She juggled her studied, a job as an Au Pair and vocalist gigs. Over time, she formed a solid base in the big city. She returned to Norway after 7 years and brought back with her, a copywriting education and a large amount of lyrics.

Nordic Tenors: “In A Special Place”

In addition to the four semi-finalists, we will also get to see Ulrikke a predetermined jury finalist, perform her entry live for the first time.

Oda Loves You is the bookmakers favorite by a small margin. However, Magnus has been topping most of the online fan polls and is the favorite of some of our favorite Norweigan experts.