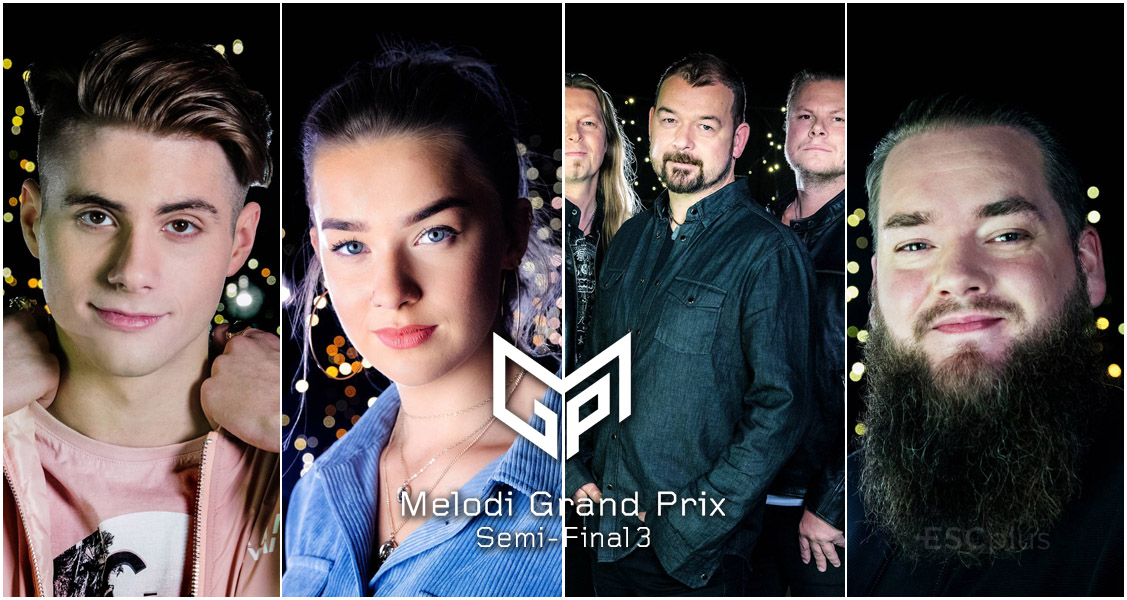 There are 5 artists pre-qualified for the Grand Final as chosen by a jury led by Stig Karlsen. For the remaining hopefuls, Melodi Grand Prix 2020 will consist of 5 semi-finals before the national final, one for each region of Norway (North, Central, West, South, East). The 2020 competition will not include a European jury. The winner of MGP 2020 will be strictly in the hands of the Norwegian viewers. The first ticket to the final through this method was awarded to Raylee and the second to Rein Alexander.

Alexandru, is best known for his time in boyband Suite 16. ‘Pink Jacket’ serves us the catchiness you would expect, even if this is not your favorite, it will be tough to forget.

Kristin is a veteran of the Voice Norway and offers us a soulful tune with a gospel-tinged feel. This is a very Spotify friendly track but might have trouble making an impact in 3 minutes on Saturday.

The band Sie Gubba are well established in the region they hail from. They are the first to perform a song in Norweigan during the heat rounds this year. They offer a folksy catchy song that is fairly representative of their discography with “Kjære du” which translates to “Dear You”.

Thomas is a winner from Norway’s ‘The Voice’ 2017 season. He made his mark that year on power ballads and stays true to form here in his duet with support from Erika Norwich.

Fan polls are mostly showing that Kristin Husøy has the most support. However, bookmakers – as well as our intel from people on the ground in Norway, say that the favorite is Sie Gubba. I personally don’t think we can count out Thomas Løseth either! This one will be super interesting to watch!