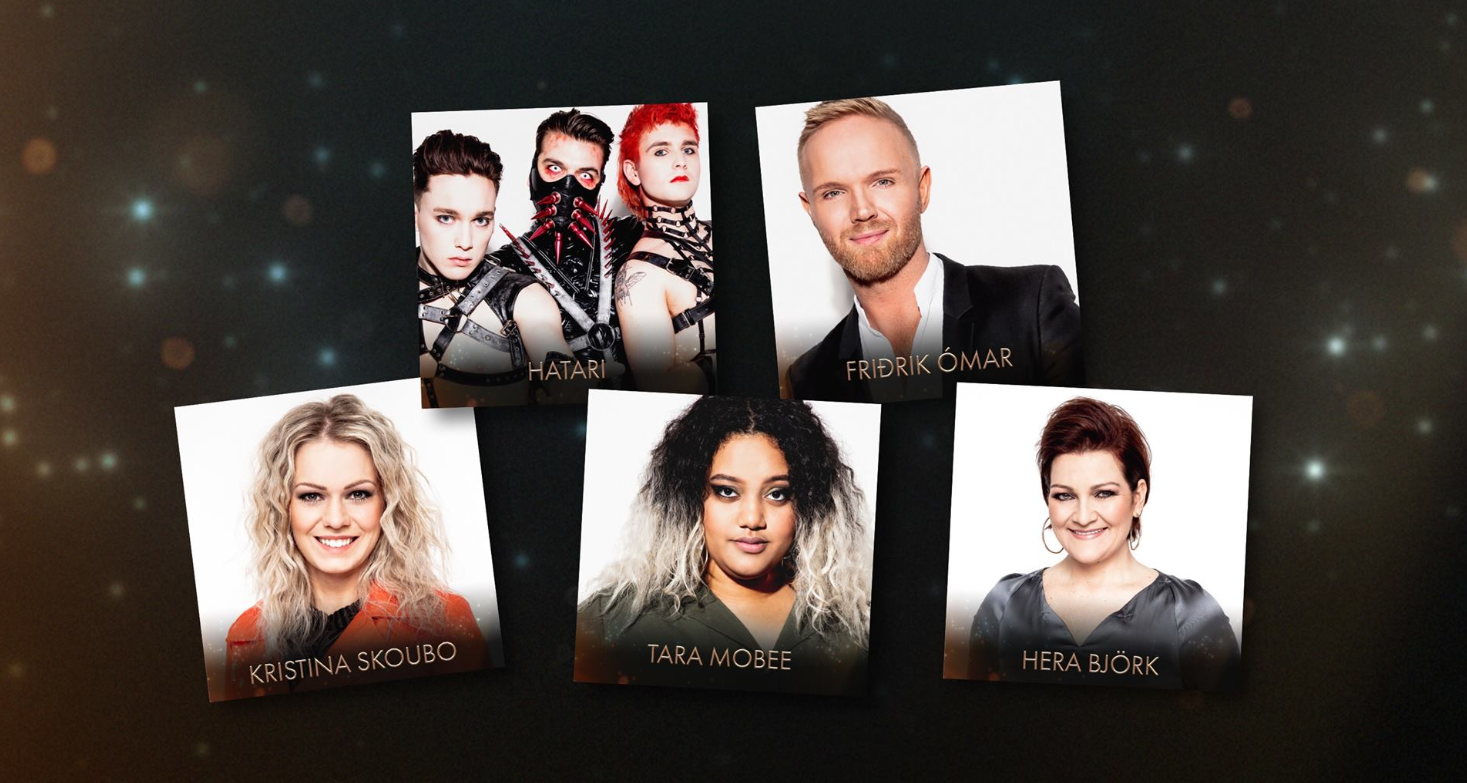 Who will succeed Ari Ólafsson in the competition? Everything is set in Reykjavik!

It is big time for another exciting national final from the 2019 Eurovision season: The Grand Final of Söngvakeppnin 2019 is being broadcast in Iceland tonight. Four acts, plus the wildcard, which had previously qualified from the two previous heats will perform at the show with the aim to sing at this year’s Eurovision Song Contest in Israel and become Ari Ólafsson’s successor.

The line-up, drawn by the producers, looks as it follows:

All five acts, as stated on the contest rules, had to choose the language they want to keep their song sung in case they make it to the contest and so on, Friđrik Ómar and Hatari are the only ones holding the Icelandic version of their track, although it was expected that Ómar would keep the English one.

We are delighted to inform you that Eurovision 2019 runner-up Eleni Foureira will take the stage in Reykjavik and will get to impress not only the Icelandic but the pan-European audience once again as well as last year’s act in Lisbon Ari Ólafsson.

HOW THE WINNER WILL BE DECIDED?

The two songs with the most votes by the public and the jury (50/50) will be put up to battle in a “super-final” where the public will have full power and will decide the winner of the contest.  Another change to this year is that in the “super-final” the points from the first round will be carried forward to the “super-final”.

WHEN AND HOW TO WATCH?

The show will take place at Reykjavik’s Laugardalshöll at 20:45 CET and you will have the possibility to watch it along with other national final shows on our Multi-Window live viewer.

You can still cast your votes at our official Söngvakkepnin 2019 Grand Final poll and have a say on predicting its winner:

The winner of Söngvakeppnin 2019 will compete in the 2019 Eurovision Song Contest, more specifically the second half of the first semi-final as drawn at the Allocation Draw which took place a few days ago in Tel Aviv.