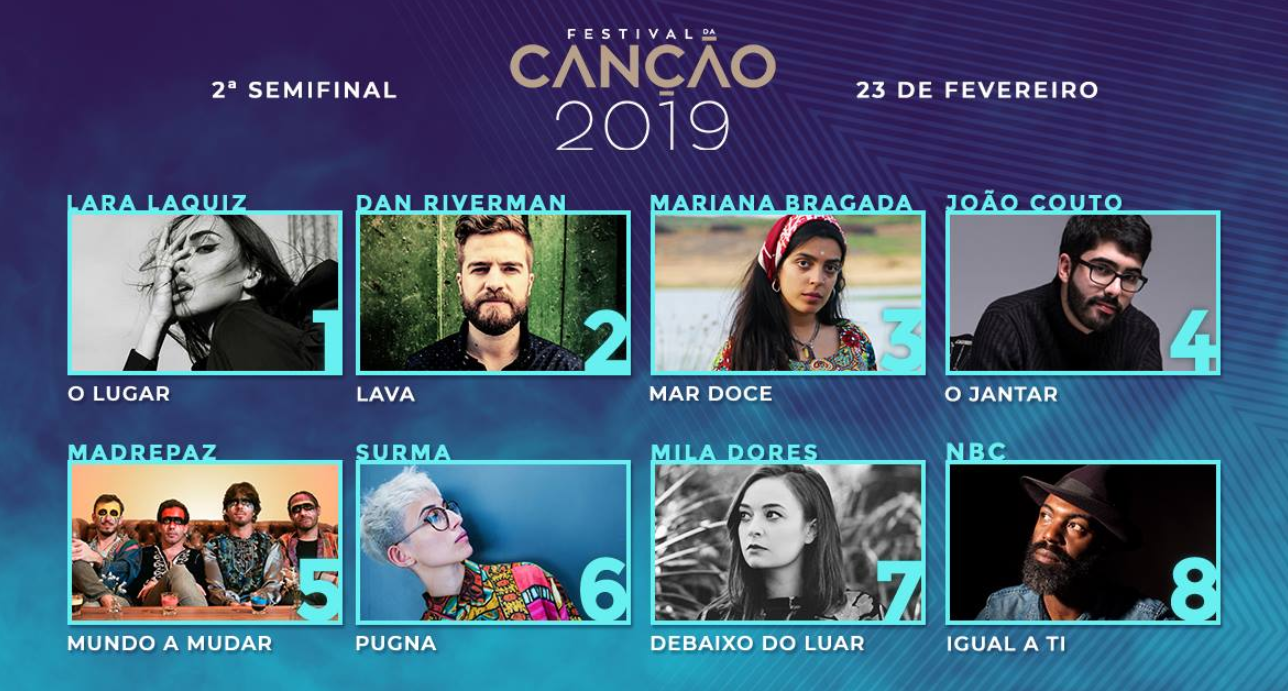 Tonight, we get the second semi-final of this year’s race to represent Portugal in Eurovision. As was the case last week, the broadcast will come to us live from the RTP studios in Lisbon.

The eight competing acts for tonight will perform in the following running order:

In both semi-finals, a professional jury and the televoters will get a 50% say each in which entries qualify to the final on March the 2nd. In the final, however, seven regional juries will decide the outcome alongside the Portuguese televoters.

You can find the hosts of the entire show below:

Watch the second semi-final of Festival Da Canção 2019 live from 22.00 CET on our Multi-Window live feed.

Who are you rooting for this year? Do you think they have any act who can take the crystal microphone back to Portugal? Vote in our poll below!