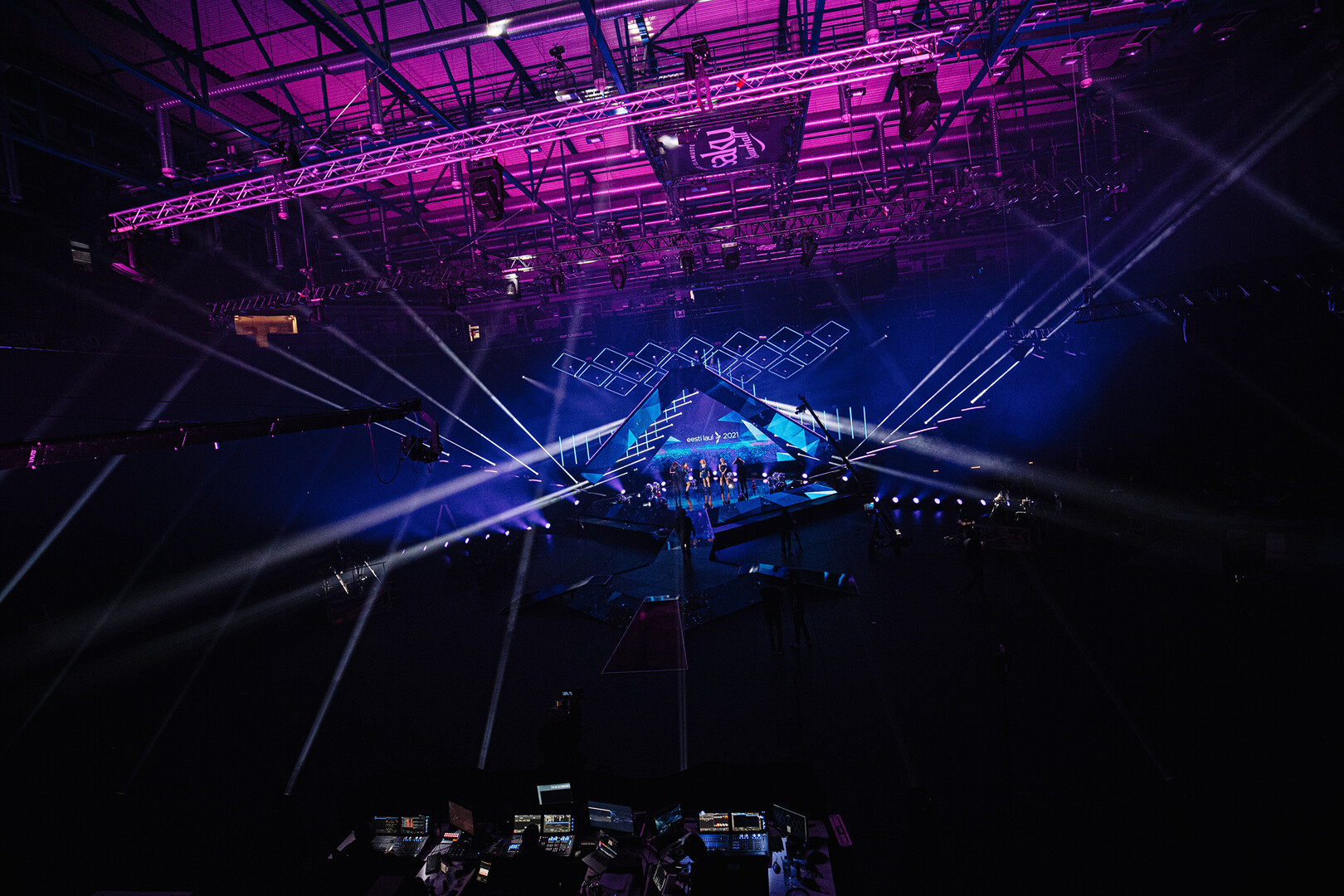 Eesti Rahvusringhääling (ERR) gears up inside Eurovision 2002 venue Saku Suurhall, where the first 12 artists in this year’s competition will take the stage in their effort to follow in Uku Suviste’s footsteps. Eurovision 1996, 1997 & 2017 and 2014 alums, Ivo Linna, Koit Toome and Tanja, respectively, are ready to shine and impress the Estonian audience.

It is that time of the year. It has already come and no matter what, Estonia will pick another Eurovision entrant by their already 12-year-lasting national selection TV show ‘Eesti Laul’. Celebrating its 13th anniversary Estonia’s public broadcasting channel ERR is set to give the public a say during each Saturday of the following weeks with TV personalities Grete Kuld and Tõnis Niinemets as hosts of the show.

A few weeks after Eurovision 2020 was cancelled, the broadcaster broke its silence and granted Uku Suviste, their 2020 winner, a spot in the competition whether he accepted to participate, as they were not refusing to hold their annual extravaganza given the popularity it has reached over the years. Uku did and so started working hard to keep the high level people felt in love with, going beyond expectations.

After calling out for submissions rising the bar up to 156 entries received, which were said to be diverse and rich in terms of languages by Eesti Laul producer Tomi Rahula, ERR narrowed down the list to 24 and, as usual, split out the final line-up in two semifinals, leading up to a grand final taking place on the 6th of March, featuring 12 finalists.

Rahula also talked about Kuld being approached to introduce the show together with Niinemets: “She is extremely talented, a very kind person and has got the requested experience having worked on TV projects, music and show business. Both Grete and Tonis will deliver wonderful emotions during Eesti Laul 2021“.

“The selection is diverse in every way and will definitely surprise the jury.”

A draw allocated the artists in the two previous qualifying rounds as well as their running order for tonight’s heat, with the entire line-up being announced on ERR’s Ringvaade, on ETV, last November and the full songs released back in early December. The list looks as it follows:

You can listen to all participating Eesti Laul 2021 entries on ERR’s official website. They all have been very busy promoting their entries on ERR’s TV broadcasts and radio programmes during the last couple of months.

Among the acts taking part at this year’s competition, we can easily find some familiar names such as Tanja Mihhailova, who represented Estonia at Eurovision 2014 and will honourably break the ice by singing #1 tonight; but we do have some other ESC names, such as Eurovision 1997 and 2017 singer Koit Tomme, as well as ESC 1996 Estonian legend, Ivo Linna. How fun does it sound to have Laura (Eurovision 2017) hoping to represent neighbouring Finland and his partner-in-crime Koit fighting for one of the final tickets in his native motherland?

Some other names are actually making their way back to the competition, we could mention some of them: Karl Killing (2018); Kea (2016); or Egert Milder (2020), who we had the pleasure to meet back in 2019 when he wrote Kerli Kivilaan’s ‘Cold Love’. Neither Andrei Zevakin is unknown to us, as he actually was one half of Xtra Basic, who competed together with Emily J and ‘Hold me close’. Both acts reached the final back then.

Despite world’s baffling and shaking COVID-19 pandemic, which is still hitting hard all over the planet, ERR has centred its efforts on promising an impressive and enchanting high-quality show which will still delight both fans and the Estonian audience, where intervals acts will play a big role.

All three shows, the two semifinals, and the grand final itself will take place inside Eurovision 2002 legendary venue, Saku Suurhall, which we had the pleasure to attend during our Eesti Laul 2019 coverage.

As rehearsals are in full swing inside the hall, some of the participants are quite busy preparing themselves for what’s meant to be Estonia’s all-time and ultimate music show, prominingly a window to the international music scene which Eurovision actually provides within the business.

Even if the initial idea was to air the semifinals from the ERR TV studios in Tallinn, Rahula commented on the big possibilites Saku Suurhall facilities offer for a large-scale production which Eesti Laul is in Estonia: “This year we will even bring the semifinals inside its walls, offering both the audience and the participants three final stages”. “It is also easier when it comes to follow the safety requirements associated with such a large production as this one“, he added.

THE DIFFERENT FINAL STAGES FOR ALL CONTESTANTS

Unfortunately, due to current restrictions in the country on public gatherings, nobody will enjoy the show from the inside, thus everyone watching at home will have to please themselves with their own screens and big headphones to tune into this year’s performances. Grab your favourite drink and get some pop-corn, y’all! Nevertheless, producers have already promised the audience will still be involved at some point during the show.

Tonis and Grete, plus the contestants, and a professional panel during the grand final, are the only people allowed to be permanently shown on camera and will act as the only live audience. The so-called Green Room will be located right in front of the stage, but still keeping contestants socially distanced.

Would any person involved in the show production or either any of the artists own teams diagnosed with COVID-19, the procedures would follow in to keep ensuring the show eventually being aired. If that is actually the case of an artist itself, ERR is keen on respecting its work and, as Rahula also confirmed, will use the music video instead of a live performance, which will still get the same value, given the uncertainty of nowadays situation.

“If any artist falls ill or has to self-isolate, we will play his music video in order to ensure its continuity on the show“

A 50/50 combination of the votes from the music industry and TV professionals will make up the final outcome tonight, determining the first four qualifiers during a first voting round. Then it will just be up to the viewers with their phone calls and SMS to pick two more qualifiers for the grand final. The same voting procedure will apply during the two voting rounds in the final on March 6th.

You can watch the show live from our multi-window livestreaming platform from 18:30 (CET) onwards.