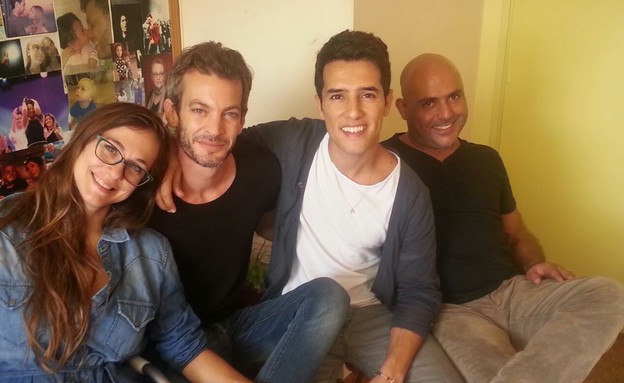 Auditions of the Israeli national selection for Eurovision 2015 have started!

As announced earlier, the Israeli representative for the next year’s Eurovision will be the winner of “The Next-Star” (HaKokhav HaBa) talent show.

As the season begins, each contestant is asked to perform a song in front of judges. After the song a vote is taken among judges whether to transfer the applicant to the test stage facing the audience at home. If the judges are not sure about how to vote, the contestant is required to perform another song, and then a decision is made.

Contestant who do move forward must then sing in front of an audience. Viewers then connect with an app at mako TV and decide in real time whether a contestant passes or does not pass.

Judges also influence the test stage – all judges may support the promotion of the contestant and thereby add 7% percent. Once the contestant reaches 70% of votes they “pass” and the screen opens and the contestant goes to the next level. 14 singers then move on to a section where the judges and the audience at home vote.

At the final stage, four singers are left and one will be elected “The Next Star” and Israeli representative for Eurovision 2015.