We are kicking off our new game today and Greece is the first country!

Greece competed in the first JESC in 2003 and in every event until the 2008 JESC, after which they withdrew and haven’t competed since. It is appropriate that we start with Greece as they were the opening act of the first 3 JESCs.

Greece have not been very successful at JESC, with 6th place being the highest position that they have achieved. They did make a top 10 position in the first 3 years but finished lower than 10th in their remaining attempts. Greece has received 6 lots of 12 points, mostly from Cyprus (4 times) but also from Malta and Croatia (once each). 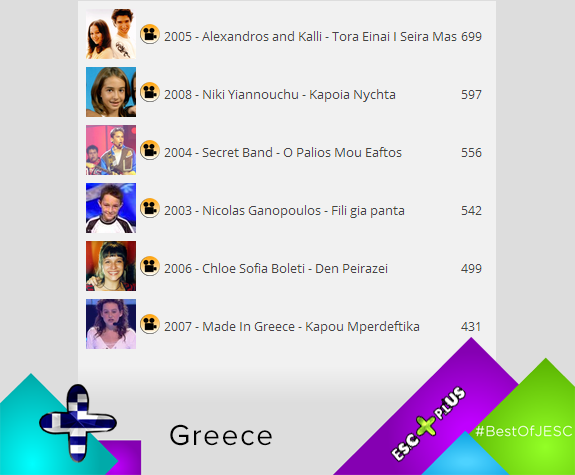 9 thoughts on “The Best of JESC – Greece”