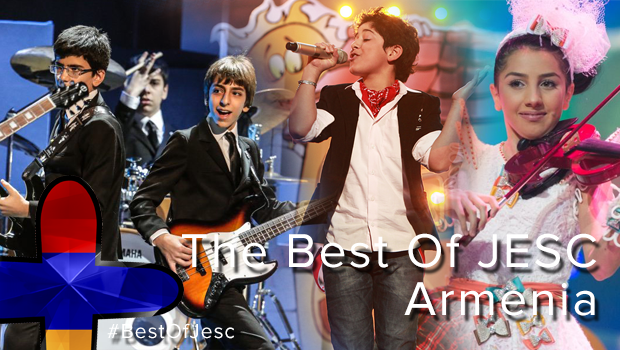 It’s time for Armenia, the country which won Junior Eurovision 2010 and hosted the following edition!

ARMENIA IN THE JUNIOR EUROVISION

Armenia has entered seven entries to the Junior Eurovision Song Contest (including 2013), having debuted at the 2007.

For their first entry, Armenian broadcaster ARMTV internally selected Arevik to represent Armenia. At the contest in Rotterdam, Arevik came second for Armenia with the song Erazanq, being beaten by Belarus’ Alexey Zhigalkovich by only one point.

Armenia won for the first time in 2010 with the song Mama by Vladimir Arzumanyan. On home soil in Yerevan in 2011, Dalita sang Welcome To Armenia and came 5th among 13 participants. In 2012, Compass Band represented Armenia with Sweetie Baby at the 2012 contest in Amsterdam. On 30 November 2013, Monica Avanesyan carried the Armenian flag with the song Choco Fabric at the 11th JESC in Kyiv. 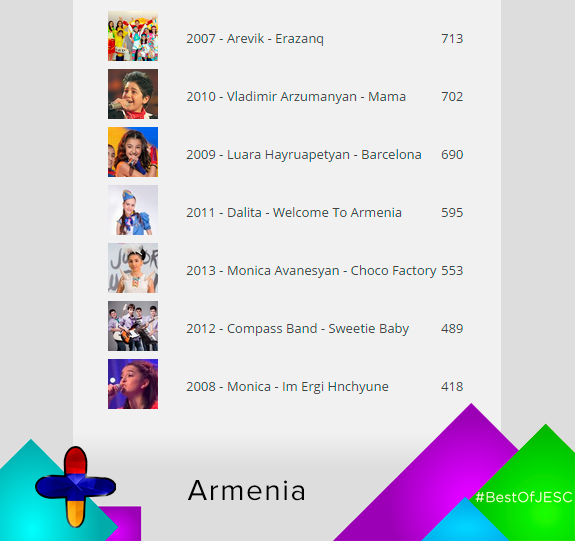