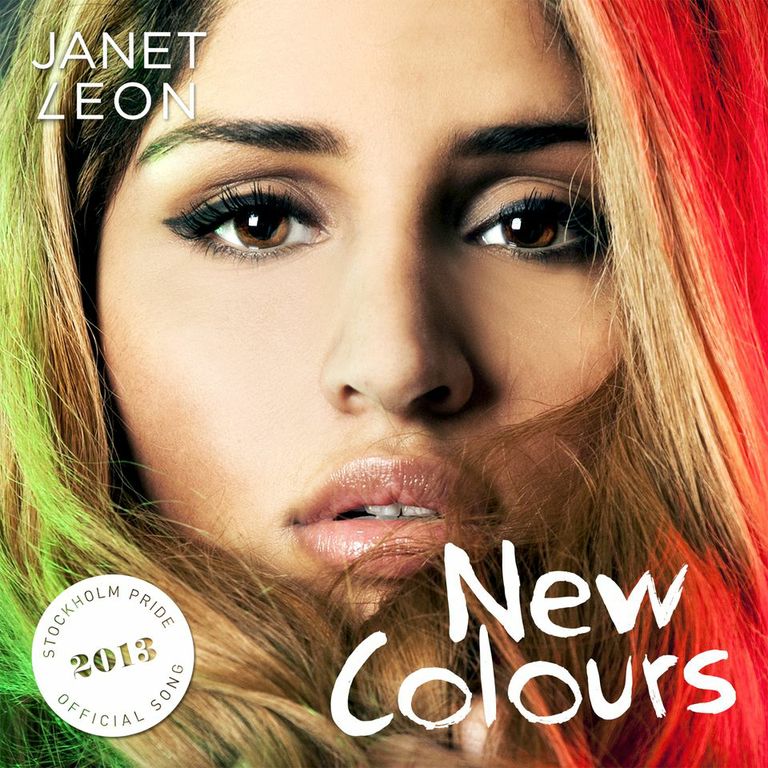 This year’s Melodifestivalen 2013 participant, Janet Leon, has released a new song to be the official theme of this year’s pride in Stockholm. The new modern pop song called New Colours, is written by the GRAMMY-nominated producer Jörgen Elofsson, Jesper Jakobson, Lisa Desmond and Janet Leon herself. The track could remind a little bit of this year’s DMGP song, I’m Not Alone or last year’s Junior Eurovision anthem, We Can Be Heroes.

‘Stockholm Pride stands for something amazing and I’m honored to be a part of it. I’m already longing for the festival’, says Janet Leon who last performance at Stockholm Pride was in 2009.

Before doing the 3rd heat of Melodifestivalen 2013 in Skellefteå with her popular Heartstrings,  which reached the Swedish charts even placing 5th, the singer is known by being a former member of the girlband PLAY (”Us Against The World”) with only 12 years old, touring all together for a couple of years, but she decided to begin a solo career in 2009, releasing her 1st solo album, working with Anders Bagge (Madonna, JLO, Celine Dion etc.) and Andreas Carlsson (Britney Spears, Backstreet Boys etc.). The album featured the hitsingle “Let Go” and the floorfiller “Heartache On The Dancefloor”. Janet Leon featured the American rapper Childish Gambino on the song “Fire Fly” from his album “Camp” and is now working on her upcoming second album.

Janet has lately worked together with Agnetha Fältskog from ABBA, doing backupvocals for her latest album, ”A”.

You can check the official video with the lyrics and her Melfest performance, below: