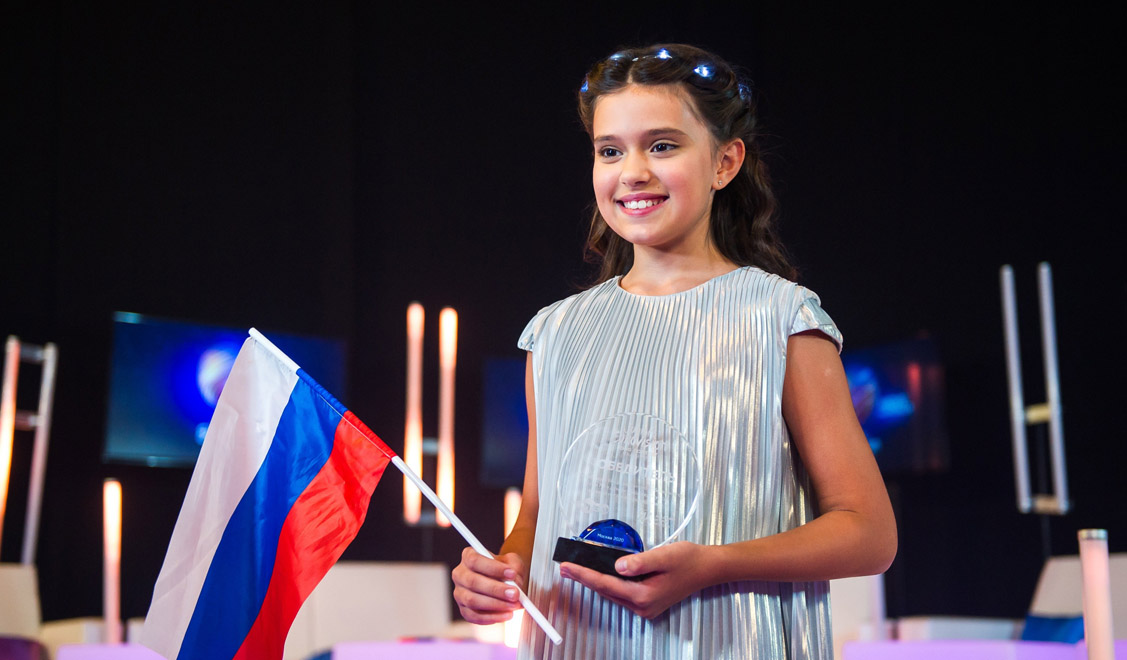 The Russian representative for the Junior Eurovision Song Contest 2020 has already been decided! Apparently, the organisers of the national selection, the Igor Krutoy Academy, made some last-minute changes and decided to follow the show format of previous years, so the winner has been leaked. 11-years old Sofia Feskova has won the final and will represent her country with the song Moy Noviy Den (My New Day).

This isn’t the first change the academy has made in the initial plans for the national final as they had planned the final for 16th September before they moved it to the 25th. Moreover, they had revealed that the format of this year’s final would be slightly different, with the online voting also being opened during tomorrow’s broadcast. However, things haven’t gone as expected and they’ve followed the format of previous years to select the winner of the final.

Sofia Feskova has won the 2020 Russian final after an equal combination of votes from the online voting and a professional jury panel. She will sing the ballad Moy Noviy Den on the 29th of November. This decision hasn’t been received with open arms by the fans as the winner of the online voting was the hot favourite Rutger Garekht. Also, this is the first time the winner of the public voting doesn’t represent Russia since the final is organised by the Igor Krutoy Academy.

Sofia Feskova, who comes from St. Petersburg said: “I’m very happy! I couldn’t even think that this would ever happen and I’d become a finalist. I had worthy and strong competitors. It is an important moment ahead for me to represent Russia.”

Sofia will represent her country with her song Moy Novy Den (My New Day). “The meaning of the song is that one should never give up, keep going and fill every day with generosity and happiness,” Sofia said about her song.

You can watch the video of the moment Sofia is announced as the winner on VK.