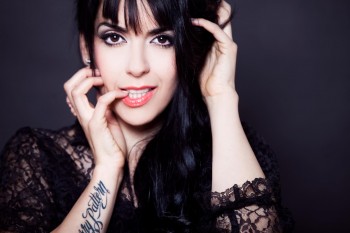 Lots of gossip and rumours have always surrounded this singer’s career to participate in Eurovision. For a long time, it has been known that Ruth Lorenzo would have been pleased to attend Europe’s favourite TV show, but it was still unclear if she would like to do it for the United Kingdom, the country where she has been musically formed or Spain, as it is her native country.

Recently, some statements came out by a popular media in the UK stating that the singer had been approached on doing it for the UK, even though she would not refuse to do it for Spain if TVE (Spanish Eurovision broadcaster) makes a proposal to do it.

Amazing news seemed to come for the meditarrean country, as Ruth is now ready to represent them. She would offer the European audience both elegance and simplicity, showing what Europe expects from how a typical Spanish woman looks like. ‘For my country, I would work my ass off giving all that I have’, she states. She recognises that fact about Eurovision which it’s something that many artists would love to reach out and also thinks about the contest would be giving to her the appropiate recognisement she has not enjoyed in Spain yet.

As her favourite Spanish Eurovision act, the lucky one becomes Pastora Soler and Quédate Conmigo.

Don’t you know who Ruth Lorenzo is?

Ruth Lorenzo is a Spanish singer and songwriter who shot to stardom thanks to hers participation in the fifth edition of X Factor series in the UK. The singer discovered her artistic and musical talent with well-known Monserrat Caballé who encouraged her to sing opera. During her adolescence she lived in Murcia and the United States where she began learning music, in addition to starring roles in films such as The Phantom of the Opera and My Fair Lady. Later she joined a rock band, who toured together for over three years throughout Spain, changing her life style and devoting herself to her career. Anecdotally, she entered Operación Triunfo in 2002, unfortunately being defeated on the first of the casting series. This one was the edition which Rosa, who finally represented Spain in Tallinn, managed to win.

After passing through X Factor, she used his popularity to sign a multimillion dollar contract with Virgin Records / EMI, later canceled due to creative differences, and perform countless performances in Spain, Ireland and the UK, which goes on enjoying a huge popularity. Her first single, ‘Burn’, ranked 16th on the official charts in Spain, which has followed another one called  ‘The Night’. The singer’s first album, The Raspberry Pattern, is now waiting to see the light, after four years of such a hard work, during this 2013.

You can check ‘Burn’ below:

Do you want to see Ruth Lorenzo representing Spain? Stay tuned to our website for the latest informations about it!