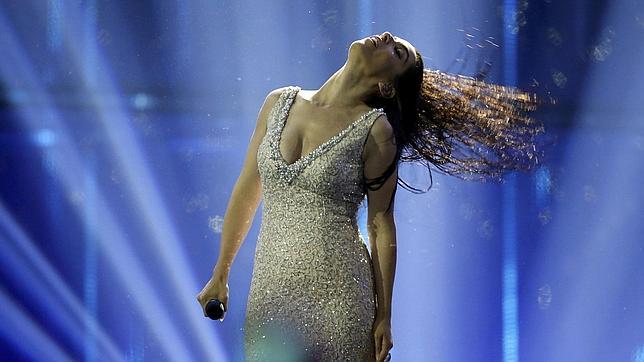 Her upcoming new album, Planeta Azul (Blue Planet), will see the light on Monday but her fans can’t stand waiting any longer so the Spanish señorita and her record label, Roster Music, dediced to preview two more new tracks today which will be included on it. This new project totally aims to focus Ruth’s career in Spain as all tracks are in full Spanish except this year’s Eurovision entry, Dancing In The Rain.

Ruth will manage to start disc signing touring around Spain, where some places and dates have already been set. 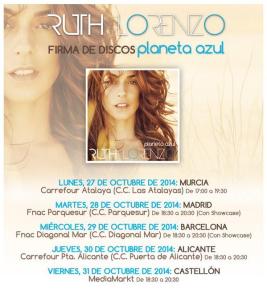 Also today, two new lyric videos for both this two new songs have been released on her official YouTube channel and videoclip for Gigantes, released back at the beginning of October is being premiered tomorrow as well.

You can purchase both on iTunes clicking by HERE, both already reached top 15 early today in Spain! Full album will be available next week on Tuesday.

Ruth’s way to this new phase have lasted more than ever thought but after 6 years, if you just believe it, you can achieve it (Gaia Cauchi dixit, of course!) and that’s the point, because not matter when but how. The best is always yet to come, no matter how much time should pass or how many experiences you should live till the moment arrives, the fact indeed is now clear: Ruth’s dream has become true and nobody can’t take that away from her now.

Watch out Lorenzo’s latest live performance of Gigantes below:

Ruth Lorenzo managed to win the Spanish national final in late February 2014 with her pop tune Dancing In The Rain, as the televoting gave her the ticket to Copenhagen where she got a respectable 10th place for Spain, best result for the country after 9 years, same place Pastora Soler ranked back in 2012.