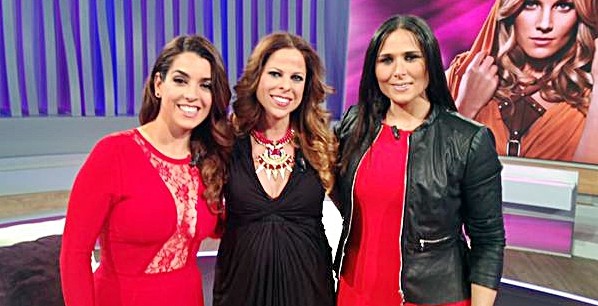 Apparently, Spain has been on it to win the Eurovision Song Contest in recent years, at least since Pastora Soler got the 10th place in Baku 2012. Despite some of the entries didn’t convinced the European audience, doubtless they had the quality required to represent such a country and enter the contest.

So far, the criticism towards the result achieved by RTVE this year in Vienna has seen a controversy which divided the Spanish media, the ones who thought Edurne deserved the final place she ocuppied on the scoreboard and the ones who think she was underrated, such as TV host Anne Igartiburu (well-known for hosting Spanish NF’s as well as shows related to Eurovision or being the Spanish spokesperson for some years), Edurne’s boyfriend David De Gea, singers such as Rosa López or even the Spanish Prime Minister, Mariano Rajoy, among others, congratulated Edurne after her performance and so on, stated the result was way unfair from reality.

Now, the thing is, the result counting the full ranking by all 40 voting countries posted by German media BILD has nothing to do with the 12 points-system used in Eurovision. The country which made the biggest difference between the real place occupied and the one here was Spain, almost every country occupied the same place using this system, or differed 1 or 2 places up or down but Spain and surprisely Germany could see their result improved in 10 and 8 positions respectively. Is it time for a change to be made on the voting system? Some countries, heads of delegations, members of the press or singers already complained about it.

Talking about Rosa, Spanish media Bluper contacted and had the chance to talk to the singer yesterday, she was asked again about a possible come-back, even though she had previously said ‘YES’ every time she’s asked so. Now, she stated the same, but she feels afraid of coming back home with a final rank which could have not improved the one in Tallin 2002. So, it’s true she feels the pressure. Anyway, she also confessed having some talkings with this year’s Spanish jury (formed by Ruth Lorenzo, Pastora Soler, Daniel Diges & Jacobo Calderón).

Right before this year’s ESC Grand Final, she told Ruth Lorenzo: ”What if we entered the contest with a mega-hit written by yourself”? (We all know Ruth is really good at writing and composing, she already did so for Spanish popular boyband Auryn, Australian singer and her coach on the X-Factor Dannii Minogue, among others, and even composed her Eurovision entry, Dancing In The Rain, herself, achieving a 9th place).

”You should forget about Eurovision when you are on it and create something epic, powerful, a bestiality, no matter what ever comes out and how, then we will look for the other right singers to perform it”, she told Ruth.

”It could be something really beautiful and why not having Pastora Soler or Soraya Arnelas with us for it? 5 voices wh  people can identify with our country and make the people believe in victory and send a great, power and beautiful message to Europe with singers who are going to give their best” she added. It’s well-known that these singers, Rosa, Soraya, Pastora and Ruth gave and did their best on stage at their respective edition of Europe’s favourite TV Show.

Rosa also adds that the concept on Eurovision is also missing out for another different one, where it is possible to risk innovating with several proposals, we may think in Loïc or Aminata, both finished 4th and 6th respectively. These entries have nothing to do with the concept people had several years ago in mind when you talked about the contest. ”It is about creativity, you never know what is going to be judged, people only concerns on delivering a good and memorable performance for themselves and the country and it’s not all about winning anymore and see it as a good platform”.

Do you agree with her and would love to see a super girl-band representing Spain in the future? Tell us what your opinion is about by writing or commenting on our social network channels, such as Twitter of Facebook and stay tuned for updates about Eurovision!