This was so, because ONCE (National Organization of Spanish blind people)  organized a party to commemorate the 75th anniversary of the foundation, in Colón square. Lots of Spanish  popular artists, together with these 2 past Spanish Eurovision acts were planned to make the people enjoy with their music. The concert took 2 hours and a half, and artists like David Bisbal, Sole Giménez or Mai Meneses (Nena Daconte) rocked the stage with their songs,where ESDM & Pastora did it with Lo Mejor Está Por Llegar and Quédate Conmigo. Mai Meneses asked if she would do Eurovision in the future, was answering, that probably not. We didn’t get any reason but it seems that the singer could not be satisfied with the Spanish 2013 result in Malmö.  Friendly ESDM were also giving some statements to the media and of course with us. Later on, we will tell you what we were told.

Why ESDM performed another entry instead of their Eurovision one? Do they want to forget everything about Eurovision? As far as I’m  concerned, the guys are pretty happy with the experience and my thought about this is completely different. Just they wanted to show the message of the performed song, which talks about the experiences in life that make the people looking back, but they should wait for the best, which would be coming really soon and also invites the people to dare, looking for freedom.

Check below how the performances looked like and some pictures, we could take. 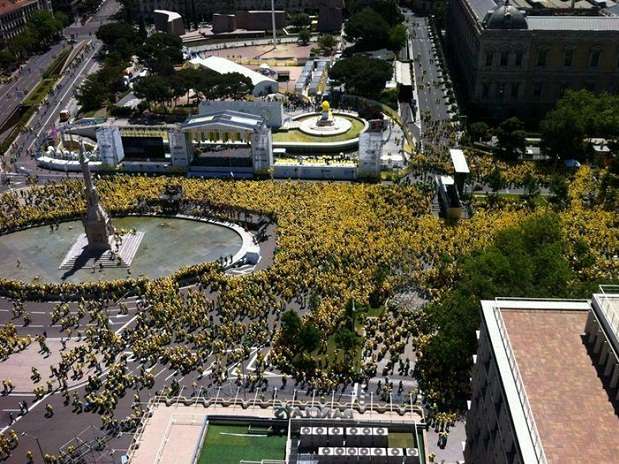